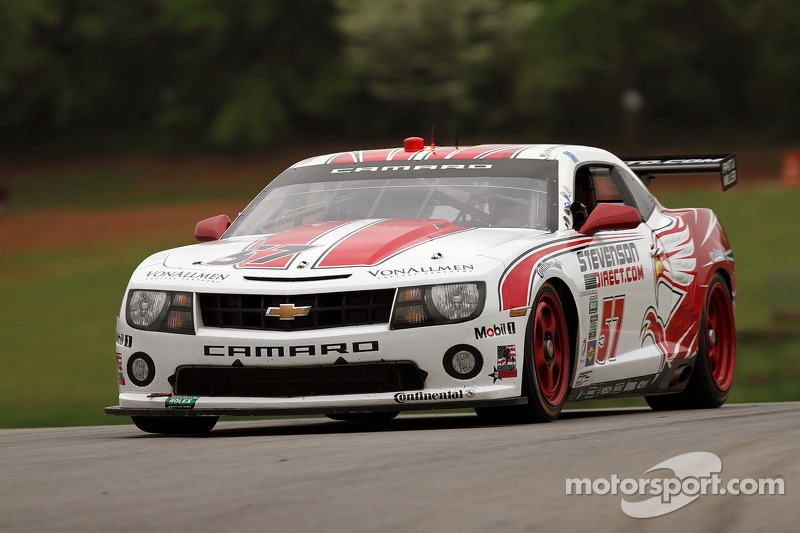 “The car was exactly what we needed,” said Edwards’ co-driver, Matt Bell.

The race ended under caution due to a hard crash next to the finish line. The driver in the crash, Ian James, emerged unscathed even though his Mustang plowed through the tire barriers piled along the outside wall of the front-stretch, nearly hitting the concrete wall behind them.

Terry Borcheller and Mike LaMarra won the ST class in the Burton Racing BMW 128i.

“It feels really good to just win again,” said Borcheller, who helped give Burton Racing its first win ever. “It’s been long time for me. I think the 2010 Daytona 24 hour was the last win for me. And that’s a long span between wins. And before that it was the 24 hours in 2004. Long stretches in between wins. It’s always good to get one.”

Another BMW finished second in class (the No. 80 BimmerWorld BMW 328), followed by the No. 31 iMoto MazdaSpeed 3.