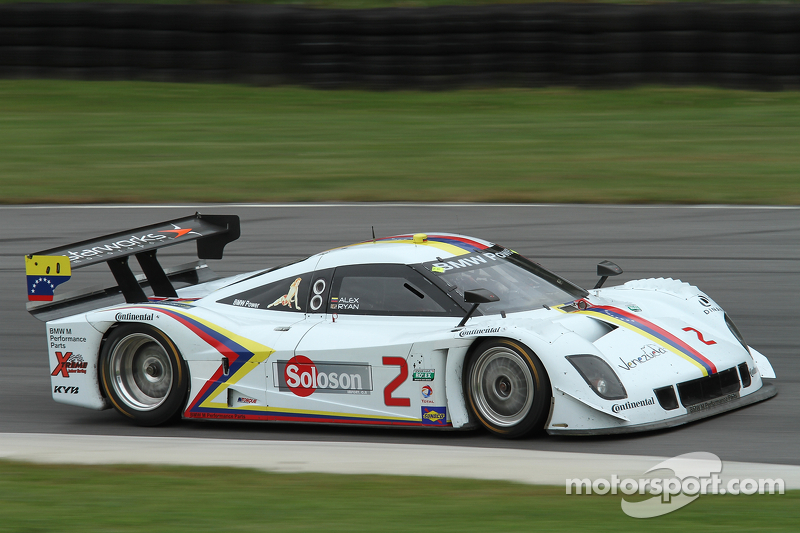 Ryan Dalziel brought the 2 car home in seventh, whilst Pierre Kaffer stopped out on track in the #8 Starworks with only minutes of the race remaining.

Sept 28, 2013 - It was a disappointing day for Starworks Motorsport who ultimately finished the GRAND-AM Rolex Series Drivers’ and Team championships in fourth place today. Ryan Dalziel brought the 2 car home in the season finale at Lime Rock Park in seventh, whilst an extremely unlucky Pierre Kaffer stopped out on track in the #8 Starworks with only minutes of the race remaining.

The Championship Weekend started with all practice sessions condensed in to Friday and Qualifying scheduled for early today. Cold and misty weather this morning made for slippery conditions and two black flags cut short an already tightly timed session on the 1.500-mile track. Despite difficult running, Alex Popow qualified the #2 Starworks BMW-Riley in P8 with Mike Hedlund just edged out of the top ten to set the 11th fastest DP time.

The sun came out to provide a dry and warm race start this afternoon. Alex made up two places to run P6 on lap one when an incident between multiple GT cars brought out the first full course caution just five minutes in to the race. Mike had a great debut run in the Fort Lauderdale squad’s sister car and drove for the majority of his stint in P13 until his driver change with Pierre Kaffer an hour later. 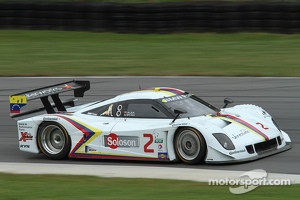 Ryan Dalziel took over from Alex during the 2 car’s first planned tires and fuel stop. He had a terrific initial run, making up six places by the half way mark, when all of his hard work was then rapidly undone. At the next scheduled stop for the 2 car a second yellow caution came out which set Ryan back to P11 with under an hour left of the race.

Pierre was having a solid run in the #8 Starworks, maintaining P12. With less than 10 minutes to go on the clock multiple cars spun at turn five at which time the 8 car, coincidentally, also stopped on track with a terminal fuel pressure issue. When the final yellow of the day went green there were only two minutes and 50 seconds of racing to go. Ryan, who had pushed hard to get the 2 car up to P7, was unable to improve on position when the chequer was finally waved.

Peter Baron, Team Owner, Starworks Motorsport: “I’m happy that this season is over after the way the last four races went. We were looking fine for a strong finish here when we had to pit the 2 car under green, which would have been okay except one of the rare yellows of the race came out after and sent us a lap down when the others pitted under caution. Mike hopped in to the 8 car and did a great job with limited track time. He enjoyed a full stint of green flag racing and settled in, but unfortunately for the crew we had a fuel issue which retired Pierre early. That’s motor racing I know, but it is still hugely disappointing after being in contention for the title most of the year.”

Alex Popow, #2 Starworks: “We improved our position in the Championship today, but without the yellow when we pitted we could have been third. The team did a great job and I think we drove pretty well. The car was descent and we managed to finish in seventh place. Fourth in the series is good, but it is not what we were looking for after fighting for the title all season.”

Ryan Dalziel, #2 Starworks: “It was a tough way to finish the season; you always want to finish with a good result going into the winter. I had a good stint, ran fourth, but had bad luck with timing and the yellow. Two more laps and we probably would have come out in fourth and stayed that way until the end. But all in all it’s been a good season. A huge thank you to Starworks and the #2 crew -­­­­ it was really good to take Indy off my list of things to win. Now we can focus on 2014.” Mike Hedlund, #8 Starworks: “I really enjoyed my first time in a DP car. We were running well and kept out of trouble for most of the race and so it’s such a shame that Pierre couldn’t bring the car home. I want to thank the 8 car crew for doing such a great job and for making my time with the Starworks team so much fun.”

Pierre Kaffer, #8 Starworks: “I tried to help team as much as possible today, but a fuel pressure issue ended our race. It is a shame as the car was great, the team was great and I very much enjoyed working with Starworks again.”