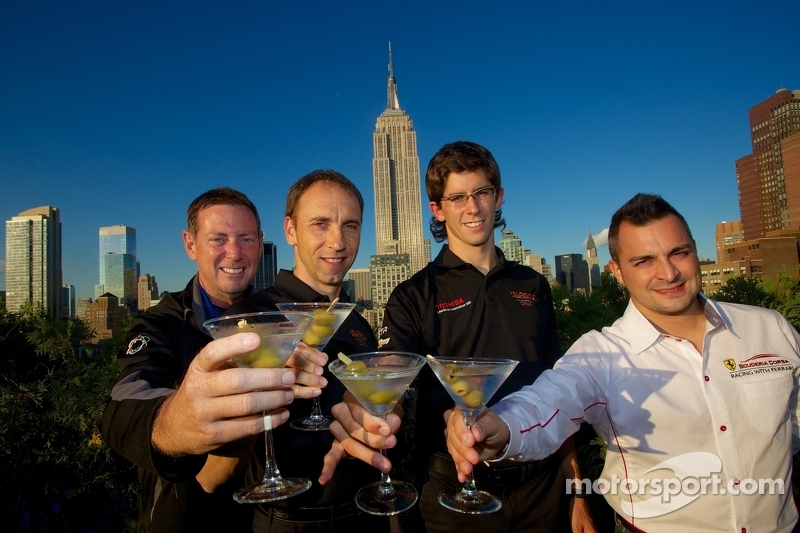 The final race for the GRAND-AM Rolex Sports Car Series was another show-stopper. Just like the 2013 season season opener, the drivers and their teams were ready for the fight to the finish.

While the Rolex 24 Hours at Daytona was the opening round, the points garnered were important as the race set the tone for the rest of the season. As always at the venue in Florida, there were entries that would not be racing the full season, plus guest drivers from other series: ALMS, INDYCAR, WEC, and several GT series.

The goal for the series seasonal teams and drivers was, of course, the victory and the points.

Indeed Daytona did set the tone, and the battles for each of the three classes intensified as they took on a variety of tracks over the season. After the penultimate race at the Mazda Raceway Laguna Seca, the stage for the series final race at Lime Rock Park - or as Leh Keen calls it "the Bullring". Keen was on hand aid Alessandro Balzan as the Italian was in the hunt for his first title.

At Lime Rock Park, there was both heartache and jubilation. The finale was dramatic, and the Daytona Protoype fight was awesome to watch and not just the racing action but for those cheering on their favorite team and drivers kept them tracking who was where during the endurance race.

The titles were on the line due to the close racing and points during the season, and as it moved toward the final laps, the usual butterflies no doubt were forming.

When the checkered flag flew, the champions drivers and teams were ready to celebrate. Max Angelelli and Jordan Taylor were crowned the overall and DP class champions. However their team, Wayne Taylor Racing Corvette did not take the Team title. Instead the honor went to Chip Ganassi Racing BMW Riley. In GT, the surprise was Balzan and the Scuderia Corsa Ferrari team in their first full season. In the GX class, Jim Norman was secured and due to changes next year, he will go down as the first and only Rolex GX champion.

History was made during the entire season as the record books will be sealed for the GRAND-AM series. After the start of the 2013, the news came that it would be the final season for the GRAND-AM as the France family signed a deal with the American Le Mans Series owner, Don Panoz to merge the two North American sportscar series. Starting with testing at Daytona in January, the new United SportsCar Championship will make its official debut.

The grand finale for the Rolex series will be held Monday night in New York City to not only honor their champions but to say a fond farewell.