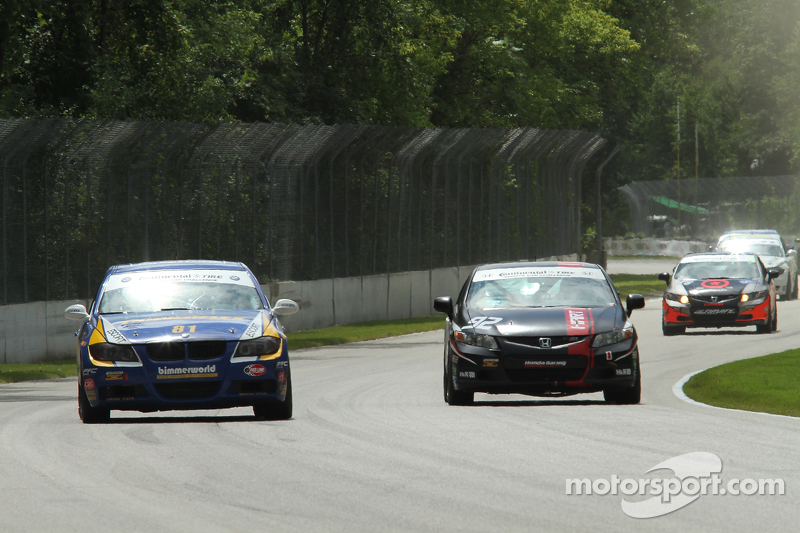 Gregory Liefooghe and Tyler Cooke storm to victory at Elkhart Lake, earning Liefooghe’s second win in the Continental series, Cooke’s first, and the first for BimmerWorld in 2013

Leave it to Wisconsin’s Elkhart Lake, one of the world’s greatest race tracks and also one that demands the best handling and braking capabilities of all the events on the 11-race Continental Tire Series calendar, for the BMW experts at BimmerWorld to have its breakout race of 2013. 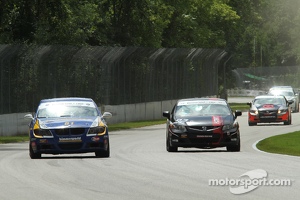 With all three of the Virginia-based tuning and aftermarket shops’ BMW 328is rocketing to the finish line at the 4.0-mile circuit, BimmerWorld claimed a 1-3-8 finish for its three full-time entries and also gained invaluable knowledge about its brand-new BMW F30 which made its competition debut.

Looking at the big picture, the win by touring car veteran Gregory Liefooghe and his sophomore GRAND-AM teammate Tyler Cooke was just what the team and the duo in the No. 81 BimmerWorld BMW 328i needed with the Championship winding down. And with the sister No. 80 of Greg Strelzoff and Connor Bloum taking third on the day, followed by a competitive run to eighth for Dan Rogers and Seth Thomas in the No. 82 CRC BRAKLEEN® BMW, team owner James Clay left the event feeling proud of the overall effort produced by his program.

“We closed up the gap created by some early-season bad luck this weekend,” he said. “All three cars performed exceptionally well and as we draw down to the end of the season, we are getting closer to the Championship leaders and focused on that goal for the final three rounds. Days like this are hard to come by in this series, and you have to celebrate them when they do happen.”

Clay also raced last weekend, unveiling the team’s BMW F30 with co-driver John Capestro-Dubets. Although the race was used as more of an extended test session than an attempt to compete for points, Clay says the lessons learned at Elkhart Lake will help BimmerWorld to accelerate the car’s development at a much faster rate.

“The debut of the new BimmerWorld F30 chassis car was incredibly smooth and rewarding - much more so than I had expected,” he confirmed. “We knew we didn't have the power we ultimately need to race for wins, but this weekend was a solid test and next step in the development process. I was very pleased with the performance of the new car at this stage.”

“The F30 was simply amazing,” said Capestro-Dubets. “We still lack the top-end speed due to some engine restrictions from the series, yet the car shows a signs of a bright future. We no longer have to wish we had a turbo or one of the smaller cars to be competitive at every track. The car is in my opinion is the best looking car in our class and extremely fun to drive. BimmerWorld and BMW really knocked it out of the park with this one, and fans and BimmerWorld customers have something really special coming to the paddock.”

Shifting from BimmerWorld’s future back to its present, Liefooghe and Cooke proved that the team’s 3-Series E90 platform still has the winning combination after starting from pole position, and with the help from BimmerWorld’s peerless pit crew and race strategists, standing on the top step of the podium was a just reward for all of the effort put in this season.

“This win was a result of teamwork and strategy,” said Liefooghe. “Tyler started off the weekend by taking the pole and he managed to pull away with two other competitors. Dave Wagener, our engineer, decided to pit off-sequence and extend Tyler's stint which put him in the lead and allowed him to pull away from the field. When I got in the car, an ill-timed full course yellow moved us back in 16th.

“I was able to come through the pack and when I found myself in 5th, I had pulled away from the main pack behind me and the lead pack was too far to catch as I didn’t have a drafting partner to make up ground. At that point we decided to save fuel and see what happened. And that allowed us to pick the rest of our competitors as they were running out of fuel in the last 15 minutes.”

Liefooghe and Cooke were right inside the top-10 in points before the race, but the win vaulted the No. 81 entry to fifth in the standings.

The No. 80 of Strelzoff and Bloum earned a second-place finish earlier this year at Road Atlanta, and after a string of bad luck, including Bloum breaking his leg and sitting out two rounds, the teammates were back together at Elkhart and captured a well-deserved third-place result.

“Having Connor back was a great boost for the entire team, and he did an excellent job during his stint,” said Strelzoff. “His leg wasn’t a problem, and I was able to settle into a good rhythm when I was in the car. This really was a team result this weekend, and shows what we’re capable of when things go smooth. It was great to be on the podium again!”

Rounding out the BimmerWorld BMW 328i trio was the team’s top car in the Championship, with Rogers and Thomas pushing the No. 82 CRC BRAKLEEN® car to the lead pack late in the race before pit stops to take on fuel moved the car back to eighth.

“The Elkhart Lake race is a classic ‘glass half empty/half full’ experience,” explained Rogers. “The strategy calls made by the team were spot on - given the history of the race and the series, another yellow was a good bet - it just didn't happen. While we would have loved a podium, and had the car for it, we still made good gains in the Championship points battle. So we choose to look at the weekend as a net gain. Most importantly, the momentum is with the BimmerWorld team heading into Kansas.”

The BimmerWorld team, like the rest of the GRAND-AM entrants, move from Wisconsin to race at Kansas this weekend, giving crews very little time to prepare for battle on the 1.5-mile oval featuring an infield road course.

“The full-time crew guys and a few of our fly-ins headed to Kansas immediately after the race, where we have good friends and a warm invitation to turn the cars over in a shop facility,” Clay noted. “A stretch on the road like this is a test of the guys, and I feel an opportunity for our team to shine. We just had a fantastic race and we’re focused on having another one in Kansas.”