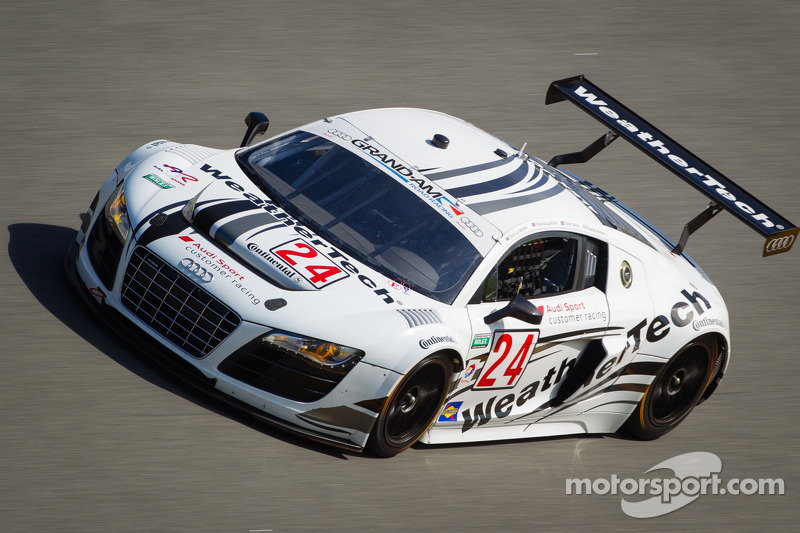 Ingolstadt - Audi Sport customer racing is promoting the Audi R8 and the U.S. racing version of the fascinating mid-engine sports car with a strong line-up at the 24-hour race at Daytona (Florida) on January 26/27. 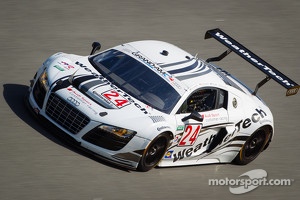 With extended support from the Audi customer sport department, the American Alex Job Racing, APR Motorsport and Rum Bum Racing teams are fielding a total of four Audi R8 GRAND-AM cars. The U.S. version of the successful customer racing sports car from AUDI AG has been subjected to further technical development for the 2013 season and will be meeting with strong competition in the field of GT cars at the U.S. endurance classic.

"We’re expecting a highly balanced and competitive field in the GT category this year," says Romolo Liebchen, Head of Audi Sport customer racing. "We’ve got reliable race cars and a good strategy - but our drivers play the crucial role. That’s why we’re supporting our customer teams at Daytona this year with a high-caliber driver squad. Our aim is clear: Everyone who’s toying with the idea of getting involved in the GRAND-AM Series should put the Audi R8 GRAND-AM on their short list of choices."

At Daytona, all three Audi customer teams can draw upon drivers who have already achieved major successes in the GT3 version of the Audi R8. Competing for the squad of Alex Job Racing are the three Audi factory drivers Filipe Albuquerque (Portugal), Oliver Jarvis (Great Britain) and Edoardo Mortara (Italy/France). Filipe Albuquerque was the runner-up in the Italian championship in the Audi R8 LMS in 2010. Oliver Jarvis contested the FIA GT1 World Championship last year at the wheel of the Audi R8 LMS ultra. Edoardo Mortara in the R8 most recently won the GT Cup in Macau two consecutive times plus two events of the Audi R8 LMS Cup in China in 2012. The AJR squad is completed by the American Dion von Moltke, who was victorious in the GTC category at the 2012 Sebring 12 Hours.

A similarly strong squad is driving the Audi R8 GRAND-AM of Rum Bum Racing, the current championship-winning team in the Continental Tire Sports Car Challenge that is held as part of the GRAND-AM Series. The five-time Le Mans winner Frank Biela (Germany) was involved in the development of the R8 racing version from the first day on. Christopher Haase (Germany) and GT1 World Champion Markus Winkelhock (Germany) won the 24-hour race on the legendary Nürburgring Nordschleife at the wheel of an Audi R8 LMS ultra in 2012. The American Matt Plumb last year just barely missed winning the drivers’ title in the Continental Tire Sports Car Challenge.

The team of APR Motorsport that was already on the grid in the GRAND-AM Series with the Audi R8 last year is fielding two cars at Daytona. Three other German endurance racing aces, Marc Basseng, René Rast and Frank Stippler, are running in the number "52" R8 GRAND-AM. Frank Stippler in the R8 LMS ultra won the 24-hour races at the Nürburgring and at Spa last year and is one of the development drivers of quattro GmbH for motorsport. Marc Basseng in 2012 was part of the victorious Audi team at the Nürburgring as well, and so was René Rast at Spa. The APR foursome is completed by the American Ian Baas, who celebrated a GT victory at Daytona in 2006. Car number "51" will be shared by the two Americans Matt Bell and Alex Figge and the Canadians David Empringham, John Farano and Dave Lacey.

"We’re in an outstanding position with this high-caliber driver line-up," Romolo Liebchen is convinced. "In terms of technology the R8 GRAND-AM has meanwhile become as sophisticated and reliable as the GT3 version."

For the 2013 season, the Audi R8 GRAND-AM has been optimized in numerous details. Optional flics at the front, ventilation of the front wheelhouses using louvers above the front wheels plus a new rear wing position have improved the car’s aerodynamic efficiency. To achieve the minimum weight prescribed by the regulations, Audi has further extended the ultra lightweight design concept for 2013. Carbon-fiber reinforced plastic (CFRP) doors are now also permitted in GRAND-AM racing. Specifically developed for the United States were spring-damper units with softer suspension rates and modified damper characteristics.

During the preparation of the race cars for the 24-hour race at Daytona, nothing was left to chance. After the "Roar before the Rolex 24," the final joint test at Daytona, all four race cars were prepared and brought up to the latest technical level together with the teams at Audi Sport customer racing’s branch in Indiana. During the race, Teams AJR, APR and RBR will be supported by engineers and mechanics of quattro GmbH as well.

Audi of America is supporting the 51st running of the endurance classic in various ways. Among other things, the production version of the Audi R8 will be used as the pace car. In the United States, Audi achieved new record sales for every single month last year. Audi of America has increased the customer base of the brand with the four rings by around 50 percent over the past five years. Audi Sport customer racing is expecting its U.S. business to grow as well.