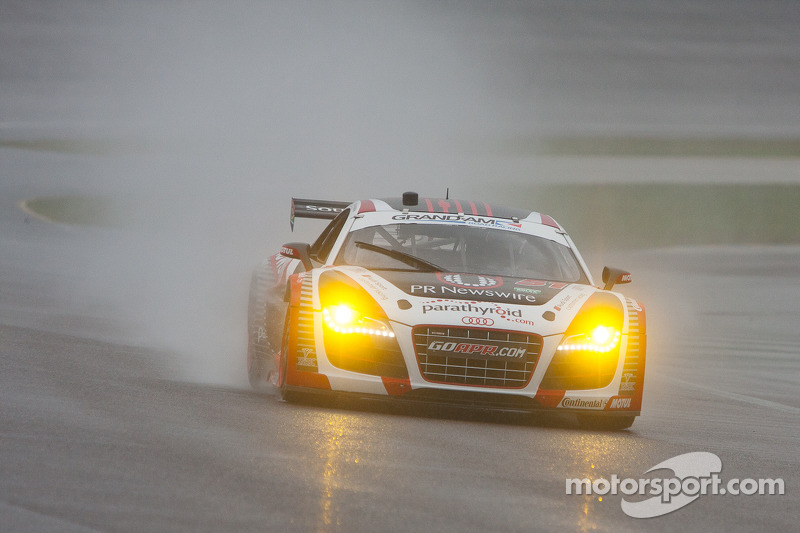 Wet Or Dry, Norman and Von Moltke Are Ready for Miami Grand Prix 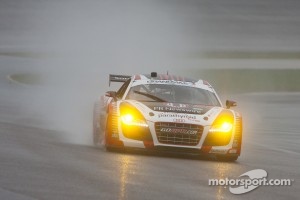 April 28, 2012 (Homestead, Fla.) - Qualifying for the third round of the 2012 GRAND-AM Rolex Sports Car Series season, the Grand Prix of Miami at Homestead-Miami Speedway, was rained out, meaning that Dr. Jim Norman (Tampa, Fla.) and Dion von Moltke (Coral Gables, Fla.), driving the no. 51 APR Audi R8 Grand-Am will start 12th for Sunday's two hour and forty-five minute race. Though they did not qualify or take part in an open practice session -which replaced qualifying - they did each run laps in Saturday morning's practice. Rain began falling midway through the session.

Norman and von Moltke earned the third best time in the GT class practice, timing in at 1:23.957 (98.622 mph) around the 2.3-mile, 11-turn track. That, they said, bodes well for their confidence heading into Sunday's two-hour, 45-minute race. Sunday's forecast also calls for rain throughout the morning and into the afternoon.

Von Moltke, who lives about 25 minutes away from Homestead-Miami Speedway and attends Florida International University in Miami, began his racing career across the street from HMS, at the Homestead go-kart track. Though he has won several go-kart races - including a state championship - on that track, he is still seeking his first win at the bigger track. He said the strong run Saturday morning, which was the first time the team ran the Audi R8 in the wet at any point - could bode well for a strong finish Sunday.

"We were all pleasantly surprised with the way the car felt," von Moltke said. "We didn't make many changes for the wet (conditions), and it felt good right out of the box. We have a good car in any condition, but I think we may have a more competitive car in the wet. It might be changing tomorrow, you never know, but we're ready for either."

Being that the track is von Moltke's home track, he said that gives him a little extra motivation.

"I really want to change that," von Moltke said regarding his winless record at HMS. "Obviously, I want to win on every track, but this essentially is my home track. I haven't raced here that often, but I haven't had as much success as I'd like. For me, my main focus is bringing Audi its first win in GRAND-AM. To do it on the roval as some people call it would be a great engineering effort by Audi and APR. I think Jim and I have a good chance to do that."

Norman is competing in his first race at Homestead-Miami Speedway in GRAND-AM, but for the fifth time in any series. In fact, he competed a few weeks ago in another race - in similar conditions. He has mixed feelings about running in the rain, but doesn't believe it will make a difference in terms of the team's finishing position.

"It was very encouraging, and I was very surprised," Norman said. "I'd love to see a dry race for the fans, but from a personal standpoint, I think the wet weather really favors us. Both drivers love the rain - I love driving in the rain - so we stand to have a great result in the rain."