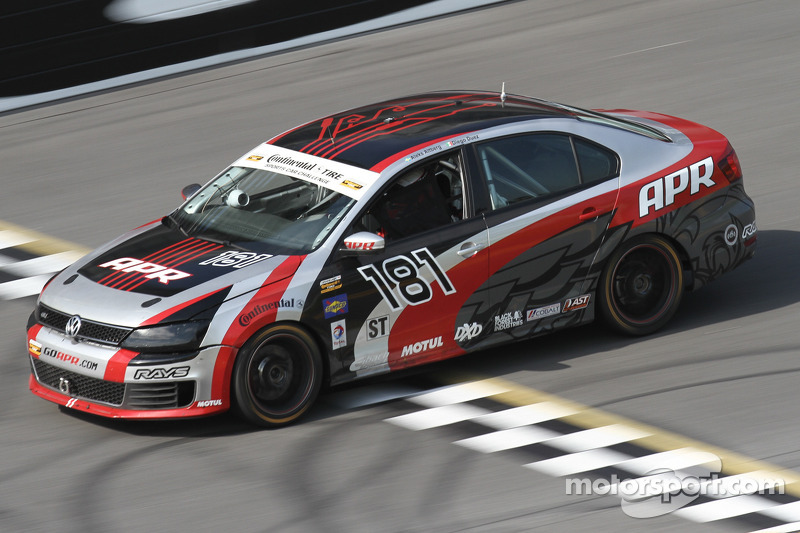 (Opelika, Ala.) - Starting at the back of the field for Friday's BMW Performance 200, the no. 171 and no. 181 APR VW Jetta GLI's were on the move at the start of the two hour and thirty minute Continental Tire Sports Car Challenge. 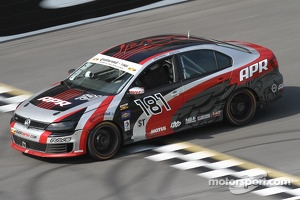 Rookies Diego Duez, in the no. 181 APR VW Jetta GLI, and Michael Taylor, in the no. 171 APR VW Jetta GLI, drove above their experience level as both made up several positions during the opening hour of the race. Taylor had actually qualified his Jetta in third position before a minor technical infringement sent him to the back of the field. After starting 34th, Taylor was up to 11th position before his APR Jetta sustained damage after being hit in the right rear by a Honda Civic.

In the final hour of the race, Altberg had a part fail in the powerplant of his Jetta, retiring the no. 181 APR Jetta GLI from the race. Baas was able to make up further positions, and was in sixth place in the closing stages of the race before braking problems caused him to lose several positions. He would ultimately finish in twelfth position in the ST class.

"We had a great strategy and the car was working really well," said Altberg. "Diego made up a bunch of spots and our strategy was going to put us well into the top ten in the final hour of the race. But then something broke all of a sudden which was a surprise because were just kind of cruising and saving the car for the end of the race. But parts failures are just a part of racing, we were just unlucky today."

"We had a really good race going," said Baas. "Mikey did a great job moving up through the field, and the strategy was perfect. We got a little bit of help with the yellows in the last hour of the race, but I was having a long pedal in that last hour. The guys around us were racing hard and so was I, but I was doing my best to save brakes until I went into turn one and the pedal went to the floor. There's plenty of runoff down there and we didn't have any damage, but lost a bunch of spots. We were knocking on a top-five, but we'll get it next time."