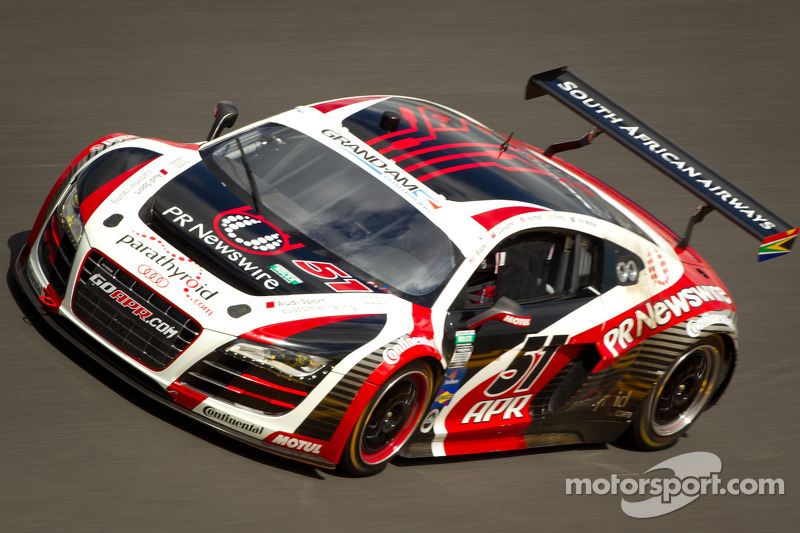 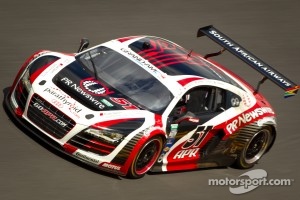 APR Motorsport's home base is located just down the road from Barber in Opelika, and the team will enjoy considerable support from friends, family, customers, and employees for this weekend's Porsche 250. The team will be hard to miss, as it brings seven race cars, several transporters, and a small army of staff.

"This is of course a very important weekend for our team, and our entire organization," said Stephen Hooks, President and CEO of APR. "This is our home race and we want to put on a good show and represent APR well. We also want to rebound from a difficult weekend in Daytona, and all the guys have been flat out to improve all of our cars. We're ready."

Returning to action for the first time since the season-opening Rolex 24 at Daytona, drivers Jim Norman and Dion von Molke will once again pilot the no. 51 APR Audi R8 Grand-Am in the Rolex Sports Car Series' GT class. While the car endured a difficult Rolex 24 at Daytona, the team has been able to make significant improvements and the drivers enjoyed a very successful recent test in the car. Von Moltke recently competed at the 12 Hours of Sebring, where he anchored a Porsche to the GT-C class victory.

"Our test in the APR Audi R8 Grand-Am went really well," said von Moltke. "We were surprised by the progress that we made and with the work that the guys at APR have done since then, I think we can surprise a lot of the paddock at Barber. After winning in Sebring, I'm more motivated to join Dr. Jim and the APR Motorsport team and go after some wins in Grand-Am."

The CTSCC program will grow to six cars as APR adds the no. 131 APR Jetta GLI in the ST class for Juan Carlos Alvarez, with APR Motorsport currently finalizing an agreement for his co-driver. Rookie Nelson Canache, driving the no. 41 APR Audi S4 that he shares with Ian Baas in the GS class, stormed from the back of the field to the front in Daytona before a mechanical issue caused the car to lose several laps. Likewise, David Cheng, in the no. 171 APR VW GTI that he shares with Aleks Altberg, had a similar charge through the field before that car was sidelined.

"I'm excited for this weekend's race at Barber," said Canache. "It is a new challenge and such a technical track. It will be hard work for the drivers and the team to have the car in the best possible shape for the race. I'm going to do my best on the driving side and work with the APR crew to improve our Audi S4, which is improving each time we go to the track. Since it is so close to APR, we really want a strong result."

With the exception of Baas, Norenburg, and Hurley, all of APR's CTSCC drivers took their first green flag in the series at Daytona. Building on that experience and after a successful test at Barber, the CTSCC team is ready to continue APR's long history of success at its home track.

Brumos Racing ready to get back to racing at Birmingham