Angelelli, Taylor dominates at Lime Rock for the 2013 Championship 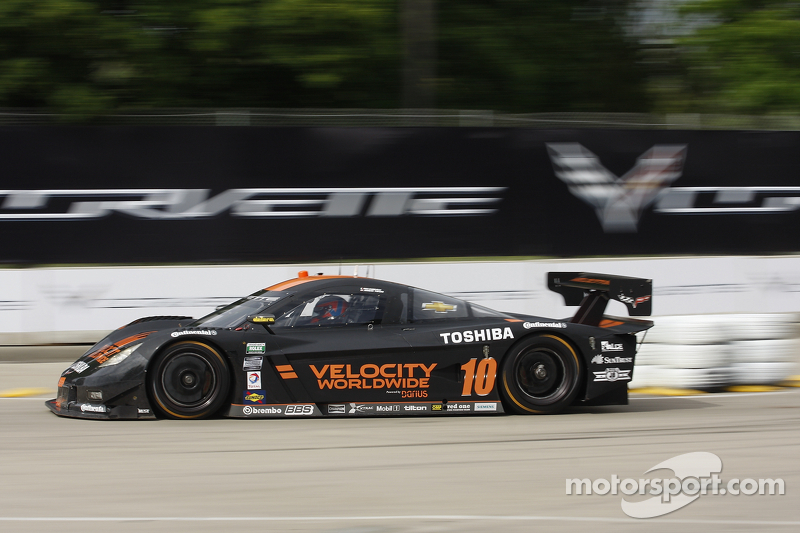 Wayne Taylor Racing’s Max Angelelli and Jordan Taylor needed to finish fourth or better Saturday at Lime Rock Park to win the 2013 Grand-Am Rolex Sports Car Series Daytona Prototype drivers’ championship. Instead of doing the bare minimum to secure the title, Taylor and Angelelli scored their fifth win of the year (the others coming at Barber Motorsports Park, Detroit, Kansas, and Laguna Seca) and the team’s fourth consecutive victory at Lime Rock.

The win gave the team its second drivers’ title in the Rolex Series (the other coming in 2005) and made 22-year-old Jordan Taylor the youngest driver to ever win the Daytona Prototype championship. Taylor and Angelelli also became the final Rolex Series champions, as the series will become the Tudor United SportsCar Championship next year and feature an amalgamation of classes from the Rolex Series and the American Le Mans Series.

“It’s kind of crazy,” said Jordan Taylor, son of team owner Wayne Taylor. “I’ve been coming to watch my dad (race) all of these years. Grand-Am was really the place I grew up and learned to understand racing and understand that I wanted to be in the sport. To win the final Grand-Am race is kind of crazy because it is kind of where I grew up and watched by dad and Max (race) over the years. It’s really special.”

“They means a lot because I did it with Wayne when he was much longer and now I’ve done it with his younger kid,” joked Angelelli. “It’s been an amazing journey with me and the Taylor family.”

“The relationship between Max and me goes back to 1998,” explained team owner Wayne Taylor. “It was great winning the 2005 championship with (Max) as well as my second Daytona (win) and then he’s obviously been so supportive of . . . Jordan. Both of these guys did an unbelievable job.”

The Wayne Taylor Racing duo had the most wins in the series this year and Jordan Taylor showed he could compete with the best the Rolex Series has to offer. But he and Angelelli also endured a four-race streak during the middle of the year in which they finished sixth (Mid-Ohio), tenth (Watkins Glen), fifteenth (Indianapolis), and seventh (Road America), respectively.

“After Indy and Road America, we thought we were basically out of the championship,” explained Jordan Taylor. “That’s when we made a few changes and we were just going to start going for race wins. Fortunately, for us everyone else had their own issues. Starworks, Gainsco and Ganassi all had a few bad races. We were just trying to . . . win races and the other guys kind of lost their championships. Everyone had their issues throughout the year, we just kind of maximized the races we didn’t have problems.”

Angelelli and Taylor finished 13 points ahead of Ganassi Racing’s Scott Pruett and Memo Rojas, winners of two races this year and four of the previous five titles in the Daytona Prototype class. Rojas started last in the 14-car prototype field due to an engine change between qualifying and the race and ended up third - taking home the team title as a consolation prize.

In the GT class, the Ferrari of Alessandro Balzan and Leh Keen finished second to the Marsh Racing Corvette, shared by Eric Curran and Boris Said. Taking second allowed Balzan to clinch the GT drivers’ title.

Andy Lally and John Potter entered the race with a four-point lead over Balzan. But a crash in the first few minutes sent Potter and his Magnus Racing Porsche to the paddock for repairs and out of contention for the title.

Potter’s misfortune meant the GT championship became a duel between the Stevenson Motorsports Camaro of Robin Liddell and John Edwards, who shared third in the standings, and Balzan’s Ferrari. The Camaro ran well in the early going, but a flat tire cost them any chance of winning the race or the title.

Balzan earned his first title in his first season in the Rolex series. He arrived on the scene with the new Ferrari team entry for the final two races in 2012. “The end of the race was crazy, but I am the champion,” said Balzan, whose championship was almost spoiled by contact with Jeff Segal’s Ferrari.

Dr. Jim Norman won the drivers’ championship in the sparsely contested GX class, which will not return for next year.