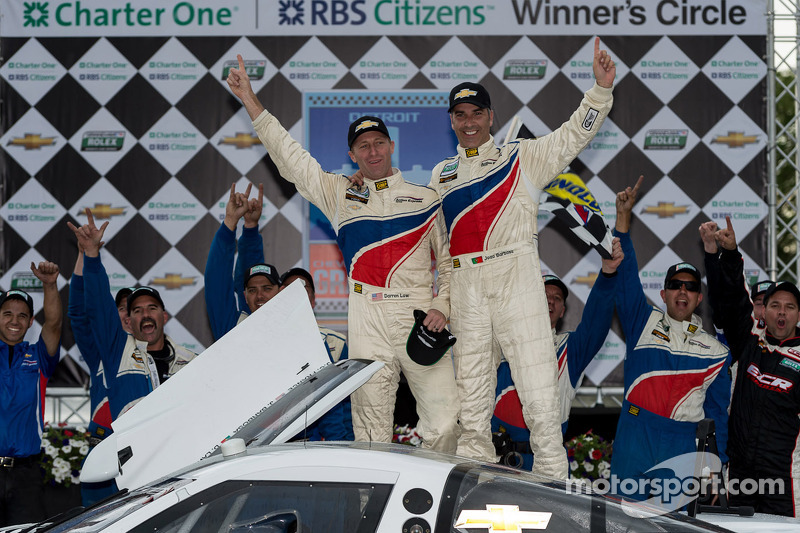 Chemistry is a strong force in racing. Chemistry, whether it be driver or team related, has been credited with winning everything from the Indy 500 to the late model championship at Sharon Speedway.

But today’s Grand-Am Rolex Series event at Belle Isle Park may have debunked that chemistry myth, as the Action Express team broke up the longest-running driver pairing in the paddock – and then went out and finished 1-2 in the Daytona Prototype class.

“Winning Detroit in a Chevrolet Corvette right here in front of Chevrolet’s headquarters?” Barbosa asked. “It doesn’t get any better than that.”

Action Express broke up the pairing of Darren Law and David Donohue, ending a streak of more than 100 races that the duo had competed together. Law partnered with Joao Barbosa while Donohue joined Terry Borcheller in the team’s sister Chevrolet Corvette. 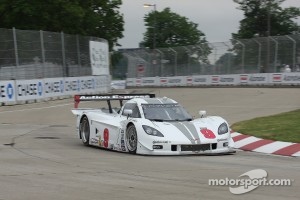 Barbosa made a daring pass of his teammate to take the lead with less than 30 minutes to run, diving to the inside of Donohue heading into Turn 1. The pass gave Barbosa a lead he would not relinquish, while Donohue was left to finish an unhappy second.

“Joao didn’t give me a lot of room going into (Turn) one,” Donohue fumed. “It was a hairy move but luckily we got through and got a good finish. We made a hard run at it.”

Jordan Taylor made it a Chevy sweep in Victory Lane today as Taylor and Paul Edwards drove their Autohaus Camaro to the GT class win ahead of Jonathan Bomarito and Sylvain Tremblay.

The early part of the race was littered with potential winners that befell an ill fate. The Gainsco DP had the early lead with Jon Fogarty and later with Alex Gurney, but Gurney suffered a problem on a mid-race caution as he drove through Pit Lane without stopping, thinking that the pits were closed. But since they in fact were open and everyone else stopped, Gurney’s subsequent stop stilted his chances for victory.

The Spirit of Daytona Corvette appeared to take command of the DP class with 35 minutes left in the race, but his overly-optimistic move inside GT driver Joe Foster left Richard Westbrook with a broken right rear suspension. Guy Cosmo rolled up a 10-second lead in the GT class but had a bad pit stop followed by a penalty on his stop that erased the Ferrari driver from contention.

Taylor led most of the second half of the race to beat Bomarito to the line, ahead of the third-placed car of John Edwards and Robin Liddell.

“The guys did a great job this weekend with the car,” Taylor said. “There’s been a lot of little things that have been biting us this year but we had a great effort today.”

The two Action Express cars were joined on the podium by the Target Chip Ganassi Racing machine of Memo Rojas and Scott Pruett, a feat made more impressive by the fact that the team battled a rev limiter problem all day that forced the team to short-shift on some of the faster corners on the track. Gurney made up five spots in the last six laps after a late stop for new tires, moving him and Fogarty into fourth ahead of the Michael Shank pairing of Ozz Negri and John Pew.