Daytona Beach, Fla --Action Express Racing raced right into the record books in 2010, winning its first-ever GRAND-AM Rolex Sports Car Series race with a dramatic victory in the Rolex 24 At Daytona. The team will target a return to Victory Lane at Daytona International Speedway to open the 2013 GRAND-AM Rolex Sports Car Series championship, and the red, white, and blue-liveried squad has signed an international roster of talent for the double-Corvette DP campaign. 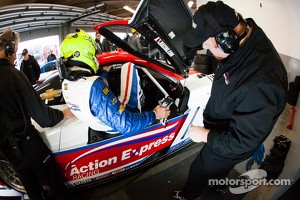 The No. 5 Action Express Racing Corvette DP entry will see a line up that has an impressive mix of youth and experience and brings a strong Brazilian presence, as 2004 Rolex 24 At Daytona Champion Christian Fittipaldi and American Brian Frisselle will be joined by NASCAR Nationwide Series race winner Nelson Piquet Jr. and 2012 Rolex 24 podium finisher Felipe Nasr.

The sister No. 9 Action Express Racing Corvette DP will feature Portuguese driver Joao Barbosa, American Burt Frisselle and Mike Rockenfeller from Germany. Barbosa and Rockenfeller were both part of the team’s 2010 Rolex 24 victory. Burt Frisselle has raced with the team in the past as a guest driver and is now joining the team as a full time Action Express Racing driver in 2013.

Action Express Racing was on hand for the Roar Before the 24 Test Days, making the most of every session as strong preparation saw the team logging hundreds of trouble-free laps through a wide range of weather conditions. The test not only gave the team the chance to continue to develop set-ups for the race, but the Gary Nelson-led team also focused on the long list of details that go into a successful run at Daytona, from pit stop work to driver change practice. 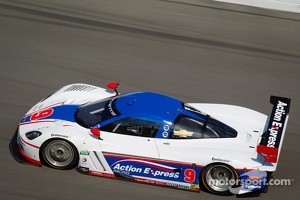 “We are really happy with this line up,” offered Elton Sawyer, Action Express Racing Director of Race Team Operations. “Both of our Corvette DPs have drivers that not only bring a lot of speed, but also a really wide range of experience both in and out of Daytona Prototypes. The Roar test was really productive for us, and it was great for the drivers to get comfortable with the cars, and with each other. This is going to be the most competitive Rolex 24 yet, and we are looking forward to the challenge.”