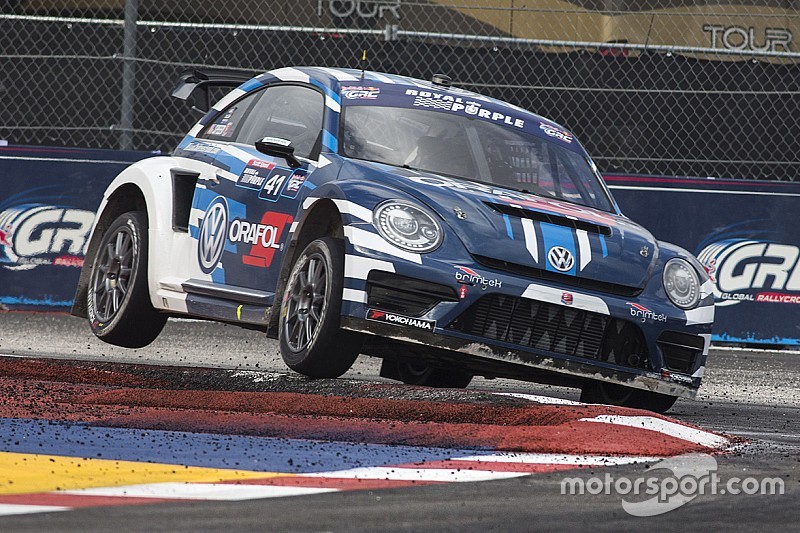 The series comes to the “World Center of Racing” on June 17-19 for a doubleheader that will make up Rounds 4 and 5 of the 2016 season.

Daytona Beach, Fla. – The high-intensity action of Red Bull Global Rallycross returns to Daytona International Speedway for the third straight year, June 17-19. The series comes to the “World Center of Racing” for a doubleheader that will make up Rounds 4 and 5 of the 2016 season.

“We’re excited to have Red Bull Global Rallycross return to Daytona International Speedway,” said DIS President Joie Chitwood III. “This is a unique event with an international field of drivers and gives our fans the opportunity to experience yet another thrilling form of racing here at the Speedway.”

The challenging Red Bull GRC asphalt and dirt course is set up in the Speedway’s infield on the horseshoe portion of the road course and includes high speed turns and a jump. Drivers race, slide and muscle their way around the course in souped-up Fords, Hondas, Subarus and Volkswagens producing 600 horsepower and accelerating from 0 – 60 miles per hour in less than two seconds.

A detailed event schedule will be released at a later date.