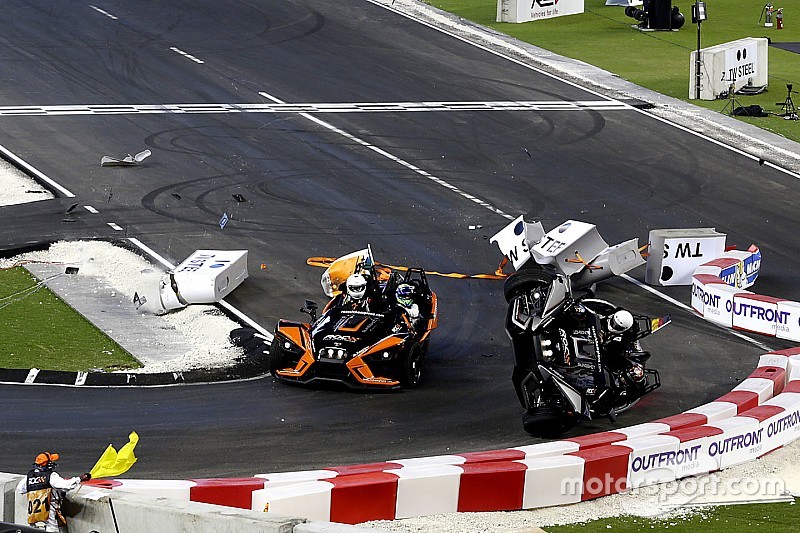 The crash happened at the finish of their group race, as Massa just beat Wehrlein to the finish line in Polaris Slingshot three-wheelers.

Wehrlein clipped the TecPro barrier that separates the two lanes of the finishing straight, which appeared to jam his steering wheel on full right lock.

That sent him careering into Massa, and – out of control – he then flipped over Massa’s left-front wheel.

“Somehow I touched Felipe at the end of the straight and I drove over his tyre I think and that's why we flipped,” said Wehrlein. “But the most important thing is that we're both okay, everyone is okay, it was definitely a shock.

Massa added: “I don’t know, we just finished the race, we had to go straight and I was on my line. And maybe something broke on his car, because he moved to my line. He bounced really massively – a big accident! I was scared that maybe him and the guy by his side wasn’t hurt.