The results of investigations by authorities show what happened in the Paul Walker/Roger Rodas fatal accident last November.

Unsafe driving and nine-year-old tires were the cause of the Roger Rodas/Paul Walker crash in late November of last year that killed both the men.

They were both attending a car show in a Los Angeles business park when they went for a joyride in a Porsche Carrera GT.

According to the now complete examination of the accident by authorities, it was determined that unsafe driving caused the car to leave the roadway at 93 mph, strik both a tree and a light pole likely killing the men on impact.

Both men used their seat belts and both sets of airbags deployed. The car was then engulfed in flames as the first witnesses arrived on scene.

The investigation also revealed that there were no other cars involved in the accident. 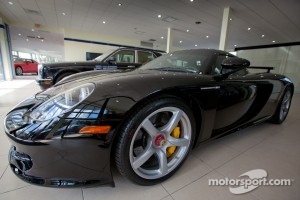 Porsche issued a statement after the findings were made public.

“We appreciate the meticulous analysis by the Los Angeles County Sheriff's Department and the California Highway Patrol," the statement read.

"It is a sad day for us whenever anyone is injured in one of our cars, and this was a particularly tragic event. At the same time, the results of the investigation show that, according to all the available evidence, this crash was caused by dangerous driving at speeds much too high for the road in question. There is also evidence that this particular vehicle had been altered from its original design state and had not been maintained properly. However, there is no evidence of any mechanical malfunction. We stand by our Carrera GT and by the investigation and conclusions of the responsible authorities."

The accident left both the sports car community and the Hollywood community in shock.

Walker was in the middle of filming the latest edition of the Fast and the Furious series. Universal Studios will continue with the film, but write Walker’s character out of the script.