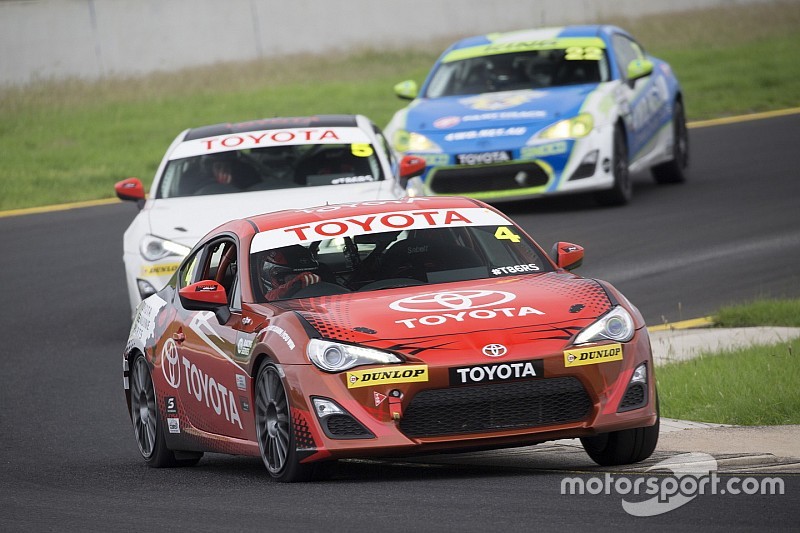 Toyota Australia is working on a programme focussed on bringing more female drivers into motorsport through its one-make Toyota 86 series.

Increasing female participation is a hot topic in Australian motorsport, with the Dare To Be Different programme recently launching down under and Holden on the lookout for a female Supercars star.

Toyota could well be the next to launch a formal play to help bring women into the sport, confirming there is 'something in the pipeline' during the season launch for the Toyota 86 Racing Series last week.

The series already has one female driver eyeing a regular spot, with Emily Duggan likely to join from the Townsville round onwards. Leanne Tander also continues as part of the regular guest driver roster, and is set for a start at the opening round at Phillip Island later this month.

Toyota is now assessing options on how to build female participation further.

"It's actually a bigger picture topic at the moment, because the FIA and CAMS have made an international and domestic undertaking to try and encourage more women into motorsport," said category manager Neil Crompton.

"It's a topic we've discussed at Toyota as well, and we're going to continue to try and expand that opportunity. We may well have something to say about that a little bit later in the year.

"There's no logical reason why we shouldn't have more females in the category, and in the sport in general terms. No reason at all.

"We'd like to do everything we can to encourage it"

Toyota's chief marketing officer Wayne Gabriel confirmed that plans for a female participation programme of some kind are in the works.

"Leanne Tander, we always want her to drive. She flies the flag. We're looking to see if we can expand that.

"There just doesn't seem to be the groundswell of [female] drivers coming through. But if we can support that, we're definitely looking for that opportunity. There is something in the pipeline."

Toyota confirmed last week that it will continue to back the 86 series until at least the end of 2020.