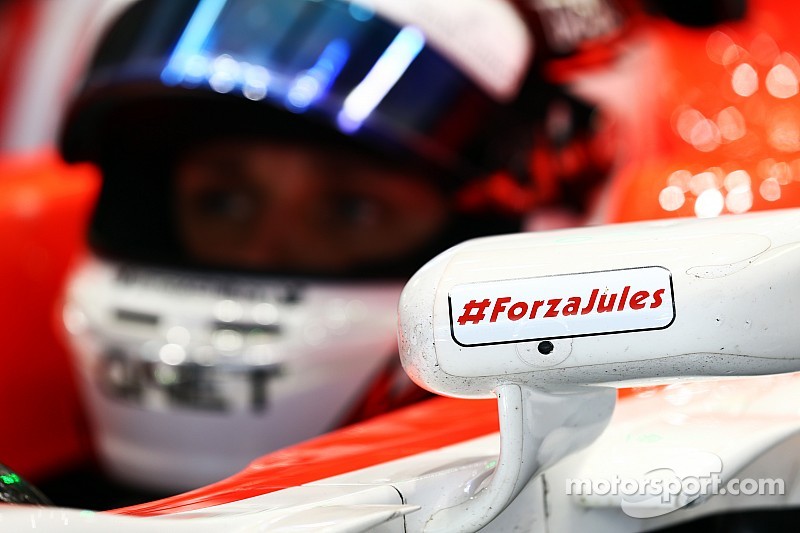 With the New Year upon us, we thought it would be great to compile our list of the top 20 moments of the season, from our series that ran this holiday season.

News is happening 24 hours a day. Whether it's a new sponsor, a new driver, a young driver coming up, or sometimes the absolute most tragic, we lose a driver, the motorsports world is headline filled.

Courtney Force put the exclamation point on an amazing storyline. Women have been taking wins in the NHRA for years now, but the milestone win at Kansas this year was the icing on the cake for all women competing in the pro drag racing ranks.

Energy and fuel efficiency is a priority in today's automotive world. Continuous developments on road cars is being inspired by the efforts of racing worldwide, but this year Formula One took it two a whole new extreme. Part of the regulations (not mentioning the front wing regulations, but we prefer to not talk about that part) stated that the teams must get as much power from their electric power units and KERS as possible. Mandating a V6 turber charged set up threw a lot of teams for a loop.

#18 - Thierry Neuville wins first rally for himself and Hyundai

Winning a first race will always be a milestone, a big deal for someone. A manufacturers first win will always be remembered. Doing the same at once, that is very neat. At his home rally, Rally Germany, Thierry Neuville found himself on his roof during Thursday specials, but as the attrition rate continued to grow, and the leaders continued to falter, Neuville took his cool as a cucumber attitude to his first ever WRC win.

Marcos Ambrose spent a few seasons in the NASCAR Sprint Cup series after moving over from his home countries V8 SuperCars series after taking back to back titles there. His NASCAR career was a successful one, taking 7 wins and 8 pole positions across the top 3 NASCAR series. This year, he announced his return to V8 SuperCars, bringing Roger Penske down under to field a car along with Dick Johnson Racing for the Tasmanian Devil.

NASCAR and IndyCar drivers have been dreaming of winning two incredible long and arduous races in one day. Traditionally, the Indianapolis 500 and the Coke 600 are run on the Memorial Day weekend, mere hours from one another. Tony Stewart has done it, John Andretti has done it, but very few have succeeded in completing all 1,100 miles of racing on the lead lap. With the blessing of his team owner Tony Stewart, and the team backing from IndyCar empire Andretti Autosport, Kurt Busch became the top rookie in his first Indy 500 finishing 6th. His NASCAR race didnt go much better, as his engine expired before the end of the event.

When narrowing down a list of top moments as a staff, it gets harder and harder to pick just 20. That's what happened with #15.

IndyCar driver Will Power has been chasing a title for some time, and finally achieved it. He has fought hard for three seasons in some of the best equipment the sport has to offer, but fell short at seasons end three different times.

But right next that big moment for Power, we could not overlook that moment Dale Jr. decided to join twitter after winning the Daytona 500. The sports most popular driver eclipsed Hollywood movie stars followings, almost overnight.

With an incredible hype, the American Le Mans Series and the Grand American Racing Series merged to create an amalgamated sports car series in North America.

But, balance of performance issues and a couple officiating calls that some teams didn't agree with had a lot of people frustrated. The series didnt stop working on the BOP and even officiating, but they have seen a number of teams move to other series to race their cars. Muscle Milk Pickett, Level 5, Turner, SRT Viper, Flying Lizard, GAINSCO, Dempsey, and Oak are just some of the teams looking to other series to compete.

Again, alot of hype ahead of a series starting especially for the planet's first all electric series. This time the series showed off it new cars, new technology and the ability to launch cars off of sausage curbs.

Heading into the final turn of the final lap, Nick Heidfeld and Nico Prost made contact, and Heidfeld was sent sliding over the sausage curb and flying through the air. Both drivers were ok after the incident, while the third place driver at the time, Lucas di Grassi, won the event.

#12 - Marc Marquez takes a second title in as many years

The young Spaniard, who made headlines last year by taking a dominant title with Honda did it again.

This time however, he did it a very fine style. 13 wins. Which eclipses Mick Doohan's previous record of 11 wins in a single season.

Driving the dominant, but not unbeatable Honda, the 21-year-old rider won the first ten races, 9 of which were from pole. Since joining FIM Motorcycle Racing in 2008, the rider has ammased 45 wins in GP Auto Racing.

Schumacher spent months in hospitals and brain trauma wards assessing and treating the head unjury suffered late last year while skiiing with his family. But, the best news came this year when they sent him home, to continue his rehabiliation from the comfort of Geneva.

As a fan of an North American attempt at competing, and winning in F1, we can only hope all goes well.

#9 - The rookie bests the legend at Bathurst

Chaz Mostert and Paul Morris took home an unexpected win in the classic 1000km event at Bathurst. Leading all of a single lap, the last one, after starting dead last in the event, the pair bested Jamie Whincup, who found himself only a few corners short on fuel, after having communication problems in the final steps of the race. In terms of upsets, this one takes the cake.

Audi, Toyota and Porsche will have yet another challenger in 2015. And a challenger it should be. While there has not been an official unveiling of their prototype as of yet, it is expected to come during this year's Superbowl.  With a great amount of technical data gained from its ZEOD Project on efficient ways to fuel the car, Nissan’s Andy Palmer said they will be bringing another new approach to the ACO/FIA energy based P1 rules.

They grew up karting against one another, and now they are sharing the best seat in Formula One. 2014 saw a battle between team mates that will go down in history. Rosberg struck first at Australia, but then Lewis Hamilton showed his experience and began running down his team mate for much of the remainder of the season. Both drivers would faulter during the season, but the dominant car always found its way to the front of the pack.

#5 - Marussia and Caterham give new meaning to money problems

Towards the end of the 2014 season, word was circulating that both Marussia and Caterham were in serious financial trouble. Caterham even resorted to finding other pay drivers to fill their seats when the money starting running dry. Marussia's assets are now reportedly in the posession of Gene Haas and his HaasF1 team, while Caterham is barely treading water.

Since the advent of the Chase for the (then Nextel) Sprint Cup in 2004, the way everything is calculated has changed a few times. This year however, NASCAR made its most wild change yet turning a ten-race post season into a bracket style elimination type playoff.

While many fans complained about how it would work, once time came to finally start the post season, fans started to change their tunes. AJ Allmendinger and Aric Almirola were the first shockers, making the chase in incredible clinch situations. But a few fist fights, swear words and a lot of torn up cars later they crowned a champion, in a style never seen in NASCAR before.

Silly season is the time of year when drivers make changes to the teams they are competing for. And there is no other sport than F1 that makes it so silly. Especially this year.

Big names change teams in F1 all the time. But taking one of the best F1 drivers of the past 15 years from the most recognizable name in the sport and taking on the Red Bull veteran Sebastian Vettel was news that shocked much of the racing world.

August 9 changed a lot of lives, and took the young life of Kevin Ward Jr. At a sprint car race in New York, NASCAR veteran Tony Stewart found himself racing the young Ward Jr. for position at Canadaigua Speedway. The two got very close and the younger driver hit the wall. What occured after that would shake the racing community. An on-track indicent after Ward Jr. got out of his car saw the driver get hit by the car of Stewart, killing the promising young driver.

Calling these top moments is tough when lives are on the line. But 2014 saw one of worst accidents that sport has ever seen when the out of control car of Jules Bianchi made contact with a trackside tractor which was removing another car. A monsoon at the track made driving conditions towards the end of race that was moved ahead due to the weather absolutely horrendous. The driver suffered massive head injuries, and is still in hopsital fighting for his life today.

The myth of the auction room