Welcome to the second part of Motorsport.com's 2015 Awards, where we take a look back at the year's best drivers, races, series and teams to determine who is worthy of one of our coveted gongs.

Team of the Year

Mercedes (F1): For the second year in succession, Mercedes was virtually untouchable, as the title fight was quickly reduced again to an intra-team battle between Nico Rosberg and Lewis Hamilton – who between them sealed the biggest constructors’ points haul in F1 history.

Volkswagen (WRC): Every bit as dominant in Mercedes in F1, only without the recognition. Just one rally slipped through VW’s fingers in 2015, the German manufacturer locking out the top three in the drivers’ standings and finishing nearly 200 points clear of Citroen in the manufacturers’.

Porsche (WEC): Complete perfection in every department. On only its second year back in top-flight sportscar racing, the Stuttgart marque took the two biggest prizes of the year – the Le Mans 24 Hours and the FIA WEC crown – in the face of stiff competition from sister team Audi.

Yamaha (MotoGP): Amid the simmering tension between Valentino Rossi and Jorge Lorenzo, it’s easy to overlook the fact that Yamaha, after two years of Honda dominance, rebounded in style in 2015 to take a triple haul of riders’, teams’ and constructors’ championships.

Furniture Row (NASCAR): Martin Truex Jr's first year in the single-car Furniture Row operation in 2014 yielded a paltry 24th place overall for the #78 car, which led one lap all year. In 2015, the #78 car led 566 laps more – and the team defied all expectations by breaking into the championship four.

Prodrive Australia (V8 Supercars): After trying and trying for so long, Prodrive finally put together a near-perfect season. Not only was the FG X the best car, but the team held it together from start to finish to help Mark Winterbottom take a deserved drivers’ crown. 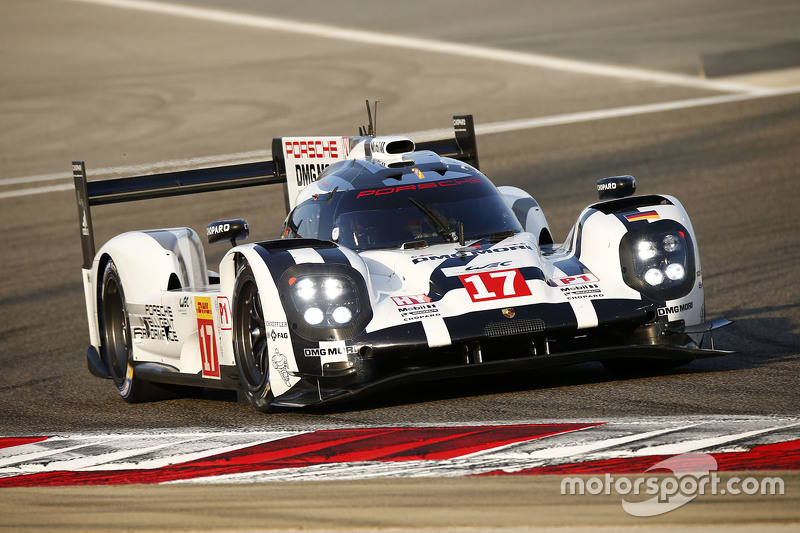 Most Improved Driver of the Year

Sergio Perez (F1): In arguably his best-ever season in Grand Prix racing, Perez emerged as comfortably the more convincing of Force India’s two drivers in 2015, adding a dose of maturity to his undoubted speed to bag some top results in the team’s revised B-Spec contender, including third at Sochi.

Andrea Iannone (MotoGP): Iannone didn’t disappoint in his first year as a full works Ducati rider, eclipsing much more experienced teammate Andrea Dovizioso and often scaling heights the Italian bike had no real right to reach. Convincingly the best of MotoGP’s ‘non-aliens’ in 2015.

Brendon Hartley (WEC): Besides a small error while leading at Spa, Hartley made far fewer mistakes in his second year at Porsche, and emerged the quickest, pace-wise, of the WEC title-winning #17 trio. A stellar year that should set him up to become a sportscar great.

Graham Rahal (IndyCar): Rahal and his single-car Rahal Letterman Lanigan Racing squad got their combined heads around the complexities of the IndyCar aero kits, performing the impressive feat of making Honda’s apparently inferior package run at roughly the same race pace as the best of the Chevrolet-powered cars.

David Reynolds (V8 Supercars): The Prodrive Ford Falcon may have taken a step forward, but the outspoken Reynolds also upped his own game considerably in 2015. Having never previously finished higher than ninth in the V8 standings, in 2015 he took two wins en route to third overall ahead of a number of more fancied runners.

Luca Ghiotto (GP3): Ghiotto has always looked like an above-average prospect, but in going from a Formula Renault 3.5 outcast to a GP3 title contender in 12 months, he became a genuine top name. The Italian gave the highly-rated Esteban Ocon a run for his money and it's fair to say he looked better than ever in 2015. 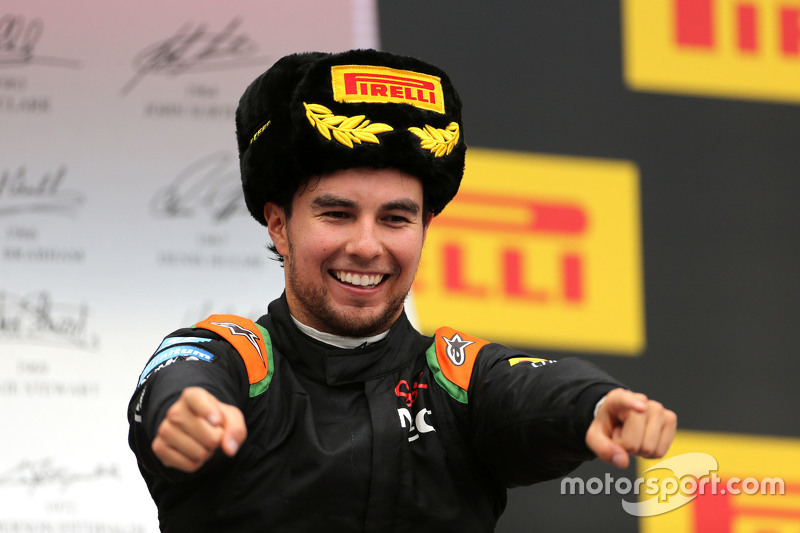 Rookie of the Year

Max Verstappen (F1): The sport's youngest-ever driver smashed expectations and silenced critics with an imperfect, but nonetheless dazzling run in his first season – one he had embarked on just a year on since starting his first race in a single-seater.

Charles Leclerc (European F3): The young Monegasque had no business rivalling F3's experienced frontrunners in his rookie season, but yet he won a number of races led the standings for a stretch. Even though a late slump left him fourth overall, he still made a major impression and showed he has a big future ahead.

Sergey Sirotkin (GP2): Reaching an exhilarating high point of his season with Rapax's first feature race GP2 win since 2010, Sirotkin put himself back on the map as a potential future F1 driver. He was excellent when the car wasn't struggling for single-lap pace – and managed to bank points even when it was.

Alex Rins (Moto2): MotoGP’s feeder series has garnered a reputation as a championship that’s extremely tough for rookies to crack, but no-one warned Rins. Following in the footsteps of Pons predecessor Maverick Vinales, the Spaniard took two wins on the way to the runner-up spot in the standings.

Michael van der Mark (World Superbikes): He may have been outscored by his reigning champion teammate Sylvain Guintoli, but it was van der Mark who often looked like Honda's team leader in his rookie World Superbike campaign. If anyone can get the team wins in the post-Rea era, the Dutchman is the man.

Erik Jones (NASCAR Trucks): There was no shortage of talent in NASCAR's lower leagues in 2015, but Jones established himself as stock car racing's brightest young prospect. He won in his sixth Xfinity start, did an excellent job subbing for various Joe Gibbs Racing drivers in Cup and showed enviable consistency to beat vastly more experienced opposition to the Trucks title. 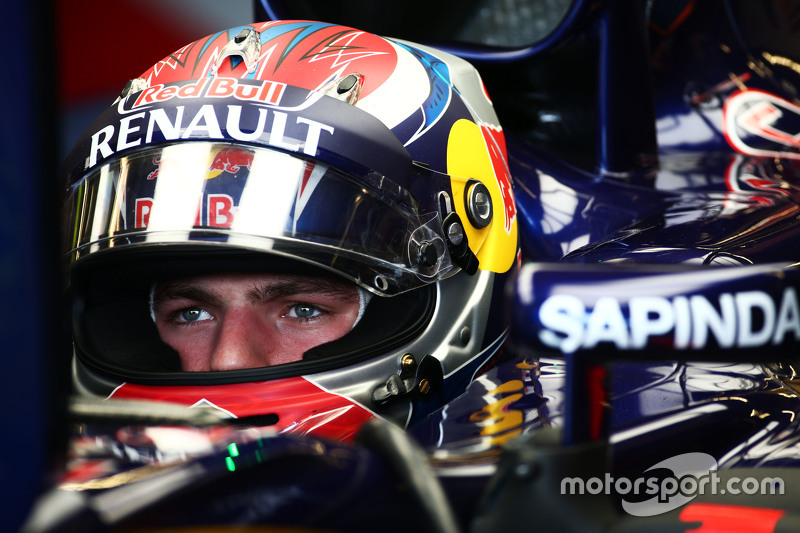 Driver of the Year

Lewis Hamilton (F1): Grand Prix racing’s dominant force for the bulk of the season, Hamilton addressed his key weakness from last year by stepping up his game in qualifying, and had the comfortable measure of Nico Rosberg almost everywhere until a deserved third F1 title had been locked away.

Sebastian Vettel (F1): Routinely the only driver to offer any resistance to the Mercedes steamroller, Vettel was back to his brilliant best in his first year with Ferrari after a subdued 2014. Three wins was about as much as anybody could have hoped to deliver against the might of the Silver Arrows.

Sebastien Ogier (WRC): Barring his one tiny slip-up in Spain, Ogier had perhaps the closest season to perfection of anyone on this list, charging to a well-earned third consecutive WRC title and establishing himself as second only to his namesake Sebastien Loeb on the all-time winners’ list.

Jorge Lorenzo (MotoGP): Several observers had already written off Lorenzo by the time the MotoGP circus arrived at Jerez, but the Spaniard’s four-race winning streak set up a titanic tussle for glory with Valentino Rossi, who ultimately had no answer to his teammate’s searing pace. A worthy champion, despite all the late-season controversy.

Stoffel Vandoorne (GP2): Arguably GP2's best-ever champion, Vandoorne was lightning quick everywhere the series went, and refused to make any mistakes. One glance at the points standings will tell you all you need to know - the fact he isn't yet an F1 driver is a grave injustice.

Kyle Busch (NASCAR): A broken leg in February should have marked another season of unfulfilled potential for one of NASCAR's most obviously gifted drivers. Instead, it brought on a scarcely believable recovery story, as Busch was instantly on it upon coming back, forced his way through the Chase and then won a maiden title with a triumph on what was supposed to be his weakest track. 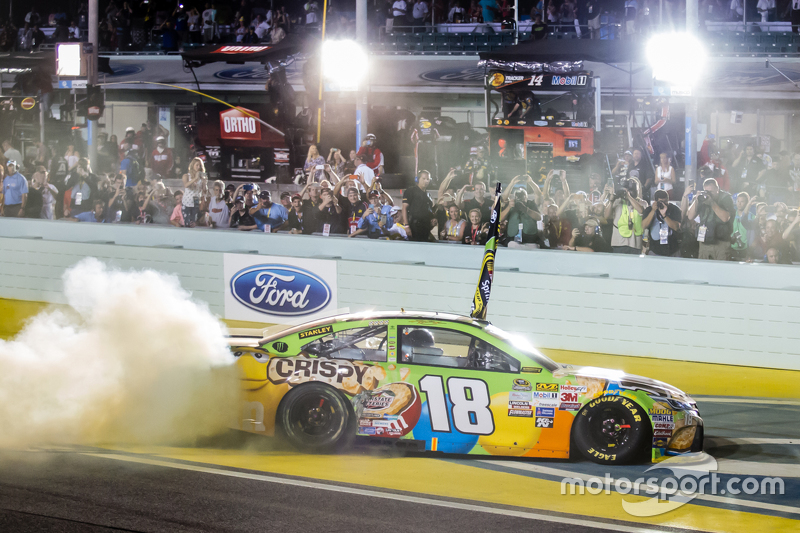