Ten random thoughts about this week in motorsports... 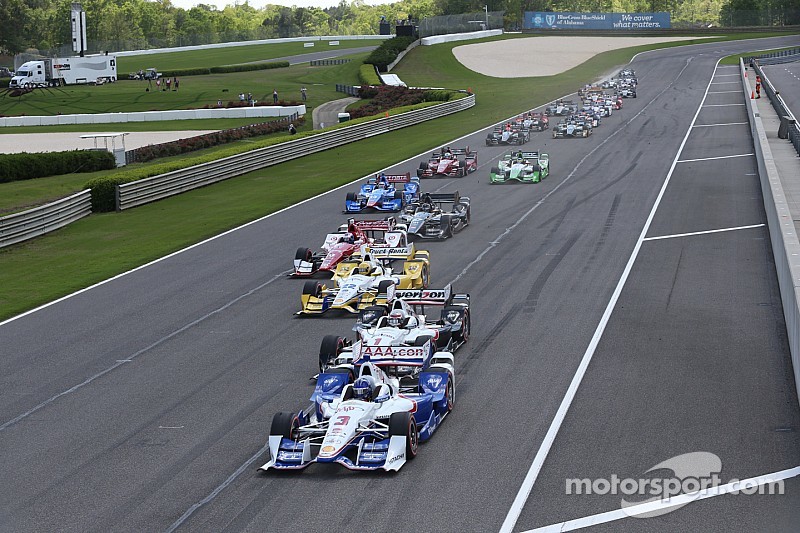 Ten random thoughts about this week in racing:

1. Finally, finally!  IndyCar gets the race it needs to show what a good series no one is watching on TV. I have a love-hate relationship with Barber Motorsports Park in Alabama – love the track and the motorcycle museum, hate racing there because I can never find a rhythm and almost wrote off one of Leo Capaldi’s Ford Mustangs in a race – but does any track in America look better on TV? Green grass, white sandy runoffs, tight racing, weird sculptures – and yes, it is just as difficult to pass on that track as it appears. Nice seeing Graham Rahal remind us that he can indeed drive his ass off when he wants to, and does anyone begrudge Josef Newgarden his first win? Didn’t look like it. Even if he refuses to take my suggestion to shorten his name to Joey Newgarden, because Josef looks like he’s from Europe, instead of Tennessee. And yes, there was some – um, innovative driving, and some questionable calls from race control, but isn’t there always?

2. I didn’t really know Steve Byrnes, the NASCAR TV reporter who died from cancer this past week, aside from a nod in and out of the press room, and that is my loss. When someone dies, of course we all say good things about him or her, but the difference here is that no one ever said anything bad about Byrnes that I know of when he was alive and healthy. A friend, Joe, covered racing until he moved to the dark side as an executive with a car manufacturer, and this is what he said about Steve Byrnes: “That guy gave me the time of day when I didn’t deserve it, covering my first race in ’06. Talked to him for probably 30 minutes. As good of a guy as I ever met in the business.”

3. I’ve made no secret that I have had issues with Kurt Busch in the past, but given this past year – when I suspect he has endured a lot of hardship that wasn’t his fault – I can’t help but feel pretty good about his Richmond win today. And kudos to team owner and sponsor Gene Haas, who stood by him in a sport where the slightest taint of bad publicity often sends a sponsor running for the hills.

4. And speaking of a family that needed some good news: Mick Schumacher, son of Michael Schumacher, wins his first race, an German ADAC F4 outing? Fantastic. But please, let’s let him progress at his natural pace. He does not need questions about whether it will be next week, or the next, when he’s in Formula One.

5. Ken Schrader, about to turn 60, stomps the competition in the ARCA race at the tough half-mile Salem track, winning one for the old guys. The driver in fourth was 15. I’m pretty sure Schrader’s shoes are older than that.

6. Thankfully, we don’t see fires much nowadays like we did Friday night in Brendan Gaughan’s pit in the NASCAR Xfinity race at Richmond. Fire is an equal-opportunity disaster – as likely to burn someone in Formula One as your local quarter-mile dirt track. There is no better birthday, Christmas, Father’s Day or Just Because present than quality fire gear for your racing friend or family member.

7. If NHRA Pro Stock champ Erica Enders-Stevens can keep it up, we may be watching the starting point of the best Pro Stock driver in years. And a tip of the hat to Chris McGaha, who gave her a run for her money in his first final round, on her home track in Houston today.

9. Not that Chevrolet is making it easy for Roush, or even the Penske Fords. Twelve of the top 15 today at Richmond wore a bowtie. Not much better in IndyCar: 10 of the top 15 at Barber Motorsports Park, including the win – in the Honda Grand Prix of Alabama.

10. So Marc Marquez broke a little finger in another dirt bike accident? Too bad. Ought to give Rossi a chance at Jerez, at least, Marquez's home track.