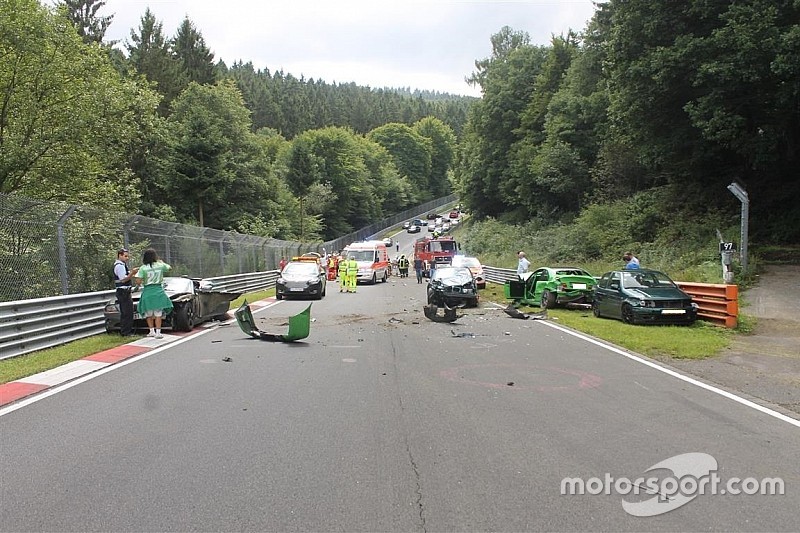 A major pile-up during a public track day on Sunday at the Nurburgring Nordschleife has left 10 people injured.

According to the Rhineland-Palatinate state's police department, the accident happened at 2pm after a sports car from Luxembourg left fluid on the track at the fast "Fuchsrohre" section.

There were several collisions that left six with minor and four with major injuries, with fire crews having to cut two of the injured from their cars. All involved were taken to the nearby hospital.

Police estimate the damage to be worth several hundred thousand euros. However, the cause of the accident is still to be determined exactly, as it had taken officials until Sunday evening to record everything that happened.

The 'Touristenfahrten' at the Nordschleife, its public race days, are often popular, and several heavy crashes a year are a common occurrence. The last fatal accident at the track came in May 2017. 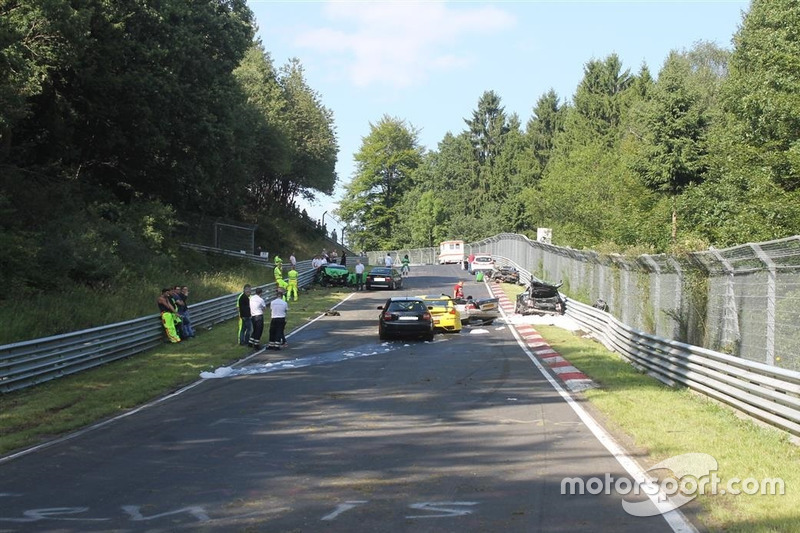