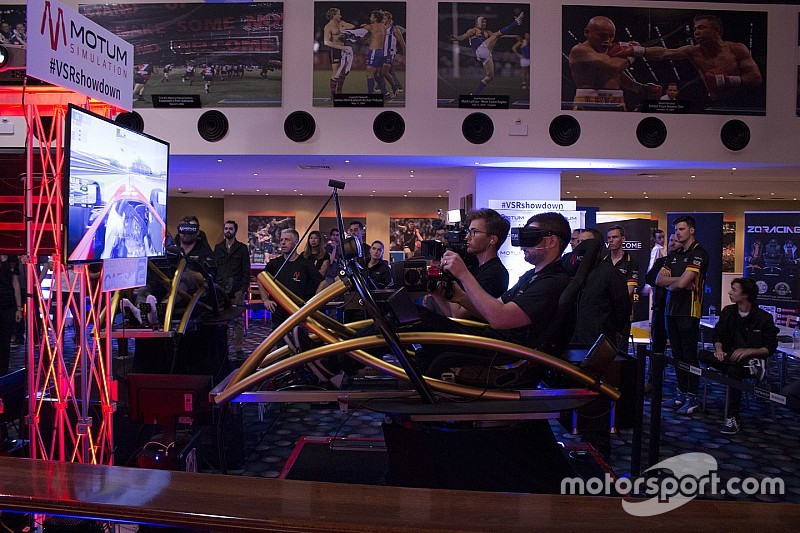 The Confederation of Australian Motor Sport has thrown its weight behind a brand new eSports racing series, which will kick off this year.

The series has been set up as a partnership between Motum Simulation and CAMS, using Motum's full-motion simulator and the Gran Turismo game.

It follows Motum's toe-in-the-water Virtual Racing Showdown event that was held at Etihad Stadium in Melbourne last year, where racing drivers were pit against sim specialists and qualifiers from the general public.

"The FIA has seen the value on a global level, it's happening all over the place at the moment," CAMS commercial director John Murphy told Motorsport.com.

"There are two areas of value for us; one is to transition people into on-track motorsport, and the other is the potential for eSports to become a discipline of motorsport in its own right.

"From a CAMS perspective, it's probably the biggest single opportunity that we've got to tap into that.

"The FIA set up the Gran Turismo programme a couple of years ago, we've got an opportunity with Motum now to do something as well. The next step is to get the rubber on the road so to speak, to get something happening at a local level.

"We'll look to pilot something with Motum, using Gran Turismo, and see where it goes from there. The intention is to link it to the FIA Gran Turismo programme on a global basis down the track."

Part of the tie-up will also see CAMS use Motum hardware as its 'Official Simulation Partner', something Motum boss Steve Hoinville says is a tight fit.

“Our goals line up really well as we both work towards the improvement of driver skills in motorsport," he said.

"CAMS recognise the essential role of simulation to the future of motorsport and we are thrilled to partner with them on this journey.”

Sim racer Simon Feigl, who was a finalists in the Nissan GT Academy back in 2015, added that having CAMS behind the series would bring a new level of credibility to virtual motor racing.

“Sim racers are always looking for credibility that what we do aligns with real world racing," he said.

"Having CAMS associated with Motum Simulation only helps to show that eSports isn't just a game. It's virtual motorsport.”

Formula 1 and the World Rally Championship have both ramped up their eSports presence in the last 12 months, while Supercars tried out the concept of combining a real-life series with a virtual event at the Bathurst 1000 last year.