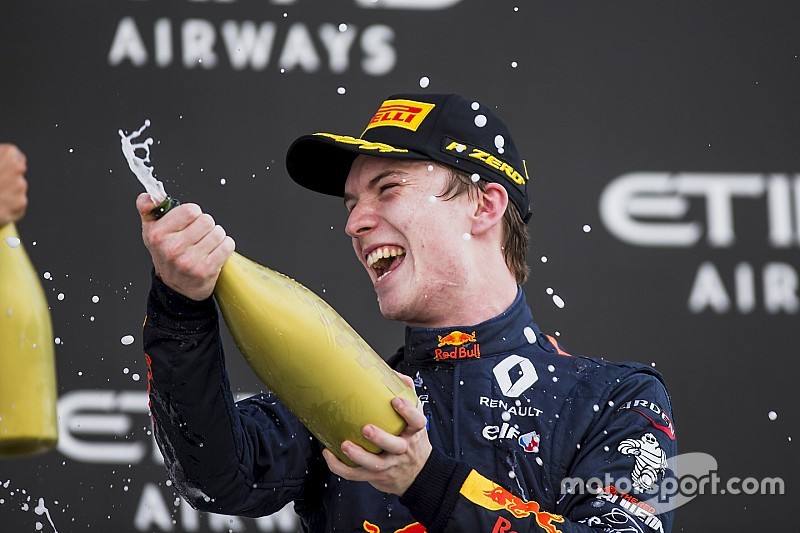 Macau Grand Prix victor Dan Ticktum was announced as the 29th winner of the McLaren Autosport BRDC Award at the 2017 Autosport Awards.

Ticktum will receive the opportunity to test a McLaren Formula 1 car and play a simulator role with the team, as well as full BRDC membership and an Arai crash helmet.

The 18-year-old became a Red Bull junior at the start of 2017, ahead of his first full season following a ban for a clash behind a safety car in '15.

Ticktum's main campaign was in the Formula Renault Eurocup, in which he took a race victory on his way to seventh in the standings with series newcomer Arden.

He also contested the final three meetings of the GP3 Series with DAMS, scoring a podium in Abu Dhabi, and won the Macau GP for Motopark.

The quartet went head to head over two intensive days of assessments at Silverstone in October, featuring on-track tests on the Grand Prix circuit in Formula 2, Mercedes DTM and McLaren GT3 cars, plus fitness tests conducted by McLaren.

"I had an amazing weekend in Macau and this has exceed that," said Ticktum. "I cannot put into words how proud I am right now to have won this award.

"It's been an incredible experience right from the outset. The two days were incredibly difficult and having to wait six weeks to find out who the winner was was agonising to say the least.

"People know I had a tough career to start with and there have been some very important people who believed in me, particularly Red Bull, Christian Horner, Dr Helmut Marko - they've given me a chance and I hope I can do them proud.

"I fought back and learned from my mistakes and my immaturity and I'm stronger because of it."

"It's such a big challenge for these guys at this stage in their career to jump into these three different cars," said Sims. "Dan this year was outstanding."

Sims was joined by McLaren's Eric Boullier, Turner and BRDC chairman John Grant to present Ticktum with the Award.