Palmer and Wehrlein return to Race of Champions 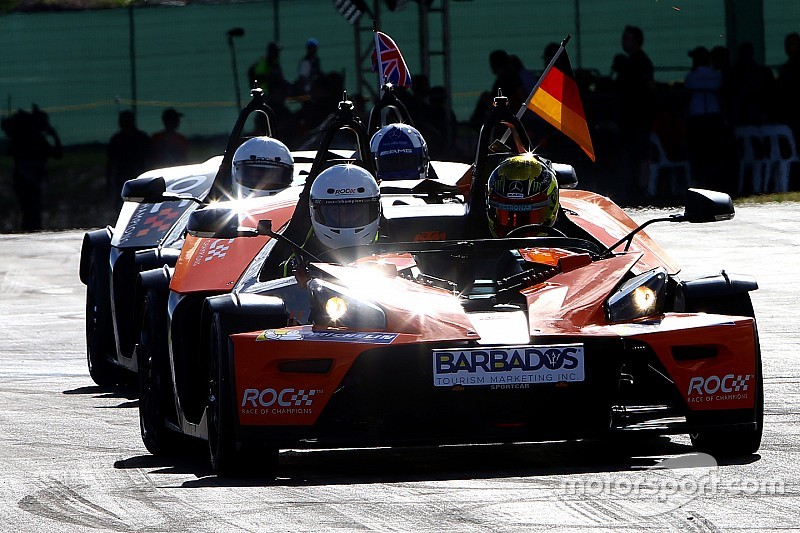 Jolyon Palmer and Pascal Wehrlein will once again team up in the Race of Champions, forming Team Young Stars for the 2015 edition at the Olympic Stadium in London.

Palmer and Wehrlein were teammates in the 2014 edition in Barbados, but were eliminated in the group stage, losing out on combined time to the French duo of Romain Grosjean and Esteban Ocon.

Wehrlein then went on to make the final heats of the individual Champion of Champions trophy, but was beaten by David Coulthard.

"I'm delighted to be back at the Race of Champions this year," Palmer said. "It was such a great event last year but as a Brit, being in London makes it even more special for me. It's always a fun event, with some good competition of course and I really hope the fans enjoy it... I'm sure they will!”

"I’m really looking forward to coming back for my second Race of Champions," Wehrlein added. "I enjoyed it so much last year in Barbados and I nearly made it all the way. Now I’ll try to win it this year after my fantastic season winning the DTM title.”

Palmer, 24, was 2014 GP2 champion with DAMS and spent this year as a test and reserve driver for Lotus F1. He has already secured a deal to make his F1 debut with the team in 2016.

Wehrlein, 21, became DTM's youngest-ever champion in 2015 and could end up joining Palmer as an F1 driver next year, having been linked to Manor due to his Mercedes backing.

Nurburgring owners to get rid of Nordschleife speed limit