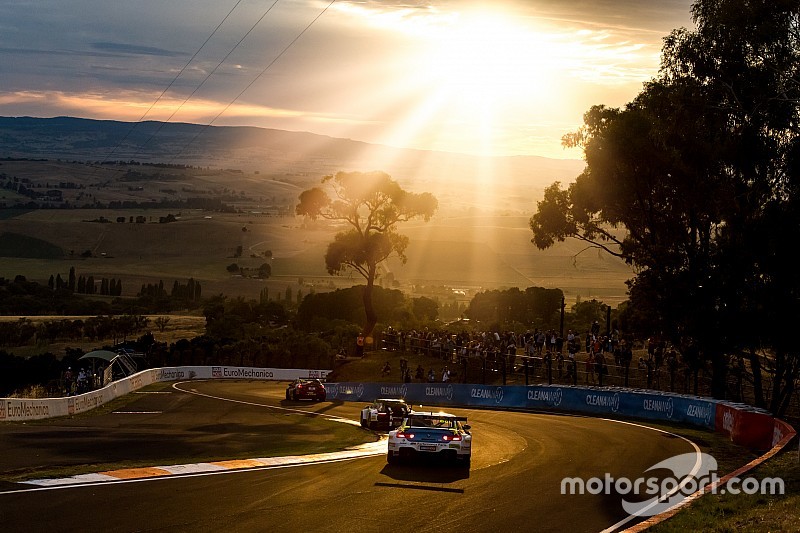 The proposed second circuit in Bathurst has taken another step closer to becoming a reality, with the New South Wales government pledging a further $10 million of funding.

In an announcement made this morning on the existing Mount Panorama circuit’s pitlane, New South Wales Deputy Premier John Barilaro confirmed that the state government has earmarked $10m for the ‘Velocity Park’ project in its latest budget.

The project is aiming to build a permanent circuit and business park alongside the famous Mount Panorama track, with plans to foster a thriving motorsport industry and even bring series such as MotoGP and Superbikes to the regional centre.

“In the upcoming budget the focus will be on regional New South Wales, and the first announcement to underpin that is an additional $10m investment by the New South Wales government to support the Velocity Park project, a second track for Mount Panorama, and making sure we set this region up for the future,” said Barilaro.

“This is about tourism, it’s about jobs, it’s about the economy. And more importantly it’s about showcasing what is fantastic about regional New South Wales, places like Bathurst.

“That is why the NSW government is announcing $10m, that’s on top of our previous announcement of $5m.

“Along with the [Bathurst] council, and with the federal government, we’re going to make sure that this project sees the light of day, that we continue to support this region underpinned by something iconic, and that is [Supercars].

“This will bring opportunity not only for [Supercars] racing, but for MotoGP, Superbikes, and, attached to the Velocity Park, industry, jobs, and more diversity for the local economy.”

Member for Bathurst Paul Toole, who has been instrumental in securing the state-level funding, said the investment is a ‘game changer’ in terms of the project going ahead.

“It’s not about a second race track, this is going to drive regional activity in this region. It’s going to provide an economic boom, it’s going to promote jobs and see new industries moving to Bathurst.

“Already in early discussions the council has had discussions with various stakeholders that have said ‘if you build this track, we’re interested in packing up our business and moving it to Bathurst’. And that’s exactly where Velocity Park will generate and allow that activity to occur.”

Toole added that the circuit’s main benefit will be that it can be used almost year-round, unlike the current track which has limited capacity to stage motorsport events due to it being a public road.

“This track will have the opportunity to be used 356 days a year,” he said. “It means we can get cars on it. It means that we can bring motorbikes back to Bathurst; we all know that the motorbikes were also very popular many years ago. It means we can possibly see a MotoGP, a Superbike event taking place here.

“It’s a real game changer, well done to everyone who’s been involved.”

Following the Expression of Interest document regarding circuit design that went out several months back, a final decision is now expected within the next couple of months.

“The council called for expressions of interest from companies and corporations who have the capacity and capability of designing the circuit,” confirmed Bathurst mayor Greame Hangar.

“That was right back at the beginning, can you design it, can you put it together. We got five submissions; it’s been short-listed to three.

“Within the next couple of months a design tender will be named, and then the real work begins.

“It’s no longer on the back burner, it’s on the front burner.

“We can’t say when the first sod will be turned, but it’s in the future and it’s going to happen. Today’s announcement ensures that will happen.”