Robert Reid won the 2001 World Rally Championship for Subaru as co-driver to Richard Burns, the 20th anniversary was celebrated last week. The Scot has since gone on to a career in the sport’s governance on several FIA commissions including Safety. He’s running in the FIA elections in three weeks for the role of Deputy President for Sport under Mohammed ben Sulayem. Victory would see him as “co-driver” to the most powerful role in motorsport, FIA President.

Jean Todt, the current FIA president also started his career as a rally co-driver so what is it about the person who reads the maps that qualifies them for the ‘hot seat’?

“As a co-driver, I always say that being driven on the stage isn't necessarily the most enjoyable bit. It's fun, but what I really enjoy is the multitasking,” says Reid.  “The pace note reading, the preparation, managing a whole load of different scenarios at one time;  your weather crews, tire choices, service time, the amount of fuel that's in the car, managing the pace of the driver. That sets somebody in good stead for a lot of different opportunities post competing. There's a big attention to detail, being able to manage lots of different things at once, all generally with different priorities and deadlines. And I think also working knowledge of regulations, and probably in that former life, how to get around them!”

Burns and Reid’s success in the 2001 WRC, clinched on their home event, Rally GB, made the sport front-page news. It was a golden age for rallying, with Colin McRae and other legendary drivers and multiple manufacturers competing. We are seeing F1 surge in popularity worldwide, as the recent Global F1 Fan Survey demonstrated, does Reid think that rallying will ever recreate that ‘golden age’?

“I certainly hope so. Both Mohammad and I come from a rally background, we're both passionate about rally, not just in isolation, we're passionate about motorsport, generally,” he says. “In 2001 there was a picture of a WRC car on the front page of The Times newspaper three days out of four for that event. I remember speaking to Damon Hill afterward, and he was saying, ‘you guys get more column inches than I did for winning the Formula One World Championship!

“It'd be great to see the top of the sport back to those days. But I think the challenge is more in the regional championships and domestic rally, which brings us back to the cost thing, which is prohibitive. And we need to empower the regions. But we also need to make sure that the formats for these regions are appropriate to the types of vehicles and the needs within the regions because this is the level where we stimulate interest. 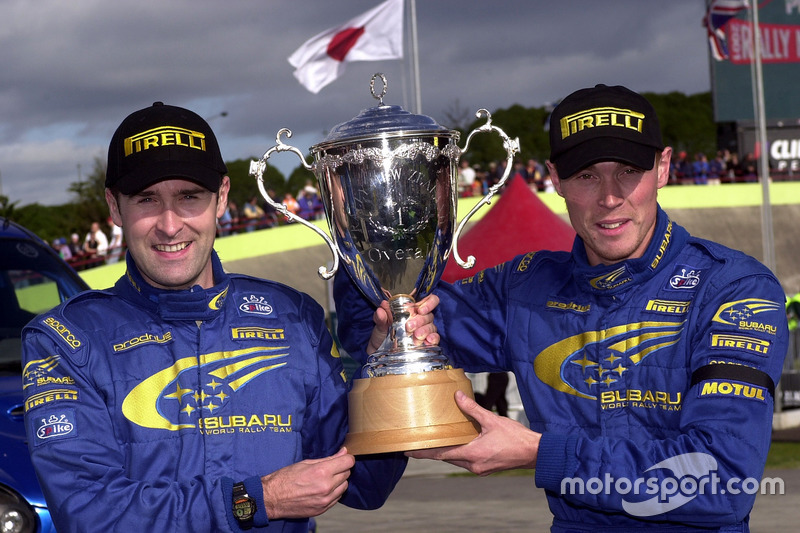 Richard Burns and Robert Reid celebrate with the winners trophy.

“We have to recognize that motorsport will always be more expensive than football in terms of taking part. But we also need to work as much as we can to bring the costs down. And we have a campaign initiative to ‘double motorsport’, in the four-year term, which might seem particularly ambitious, but I think particularly in the developing world is a huge opportunity. But this is only going to happen with low costs, particularly entry-level motorsport.”

Central to the vision of both FIA Presidential campaigns is the notion that motorsport should be mindful of the threats from environmental and other factors, but should also be bold in constantly asserting its role as part of the solution, as an incubator of technologies that will help put the world on the right track for the future.

“We did an extensive consultation, over 2000 hours of speaking to clubs all around the world,” says Reid. “One of the big things that came up was the changes that are affecting society in general as well as in sport, things like consumer habits, audience attention span, changing attitudes around diversity, and obviously, the environmental and sustainability concerns. For me motorsport has traditionally led the way, has always been influential. And I think we need to continue to ensure that we're proactive, rather than reactive in the face of these challenges. And we need to show that motorsport can be part of the solution. That's why our campaign vision is to be the global voice of motorsport and mobility. We really need to ensure we have a seat at the top table going forward. 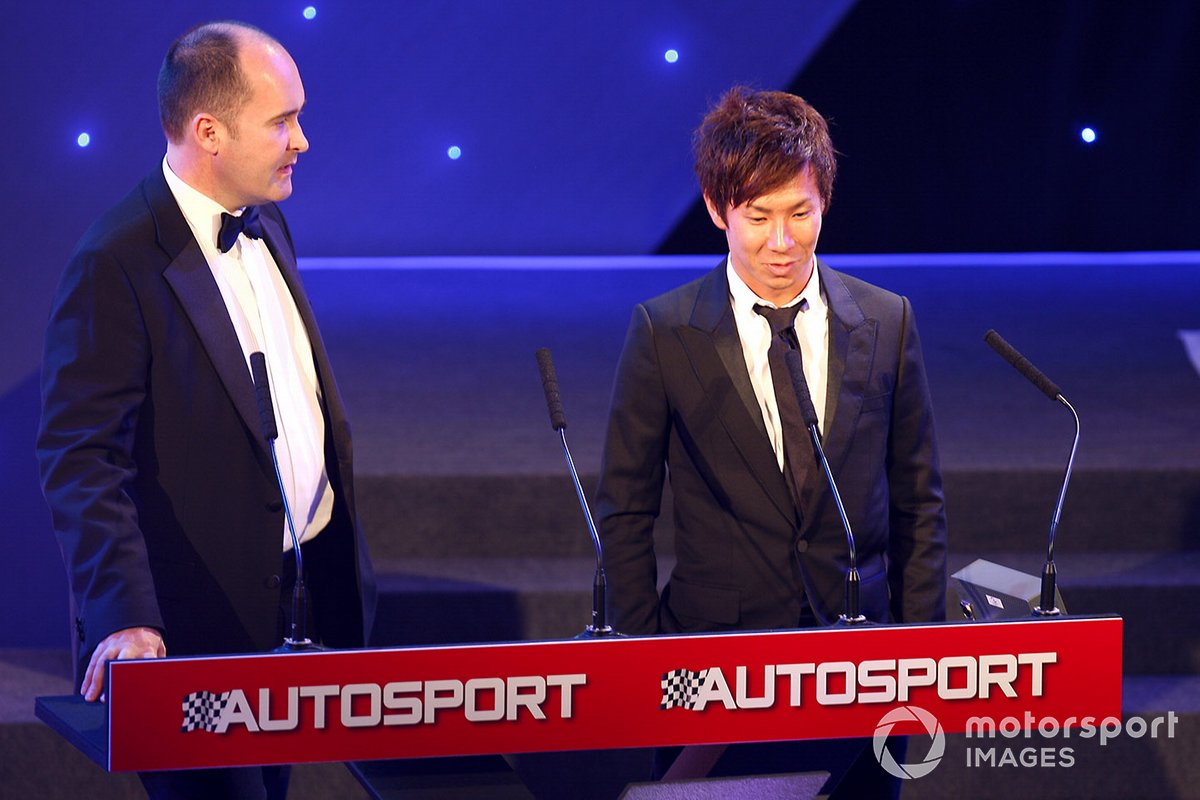 “Speaking, as we did, to a lot of clubs around the world, what's really evident outside Europe, they're all saying to us, ‘Don't allow motorsport to go EV only, because we'll still be using internal combustion engines for the next 20 years. ‘ The infrastructure is just not there in the regions around the world. So we need to come up with solutions that satisfy all the different needs. We've got a big opportunity because we've got so many different disciplines, that we can have different solutions in different disciplines.

“Motorsport in the future? Safe, fun, exciting, inclusive, are all words that I would use. We need to welcome people that want to take part for fun, but we also need to provide a route through to international competition for those that want to progress. So we need to complete this development pyramid, make sure that there are pathways in place. I see a huge potential to grow the sport worldwide, combined with the opportunity to provide solutions on an environmental sustainability basis. I'd like to think that the future is very bright for motorsport.”