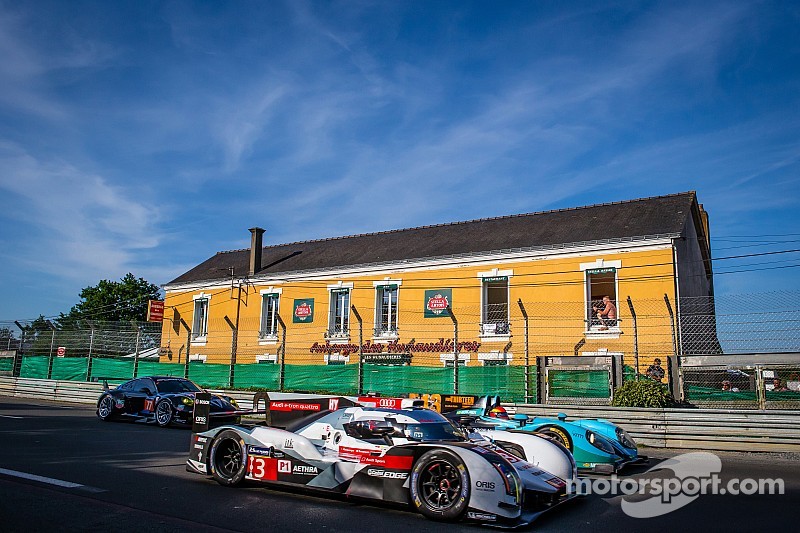 Motors TV is set for a Pan-American expansion.

Miami Beach at NATPE, 20 January 2015 – Motors TV, the world’s only dedicated motorsport television channel, will expand its worldwide reach by launching across North and South America on January 28.

Two new programming feeds – a Spanish-language version for Latin America and English language platform for the US via Eutelsat America’s EUT 113 satellite – will provide millions of racing fans with a diverse range of motorsport coverage only previously available to European audiences. The expansion was announced at the NATPE Market & Conference by Motors TV founder and CEO Jean-Luc Roy, in collaboration with Aymeric Genty, CEO of Alterna’TV, a subsidiary of Eutelsat Americas based in Miami, and Francois Thiellet, CEO of independent channel distribution agency THEMA.

Motors TV, also known as The High Speed Television Channel, has aired some of the world’s greatest motorsport series since first going on-air 15 years ago. The channel will be introduced to Latin America through Alterna’TV while THEMA represents it to media platforms in the US. Both Alterna’TV and THEMA will launch their distribution efforts at NATPE, the only American programme market serving the worldwide television community, and will be meeting with carriage partners this week in Miami.

Audiences can look forward to an eclectic range of motorsport comprising two and four-wheel world, international and national championships on a live, delayed and highlights basis. Boats, planes, scale-model and regular magazine programmes will also feature heavily amongst content produced at the channel’s Miami outpost.

This latest development is set to see Motors TV’s 30million-strong subscribers from across 42 European countries soar thanks to a Pan-American audience passionate about motor racing.

'Destination of choice' for race fans

In making the announcement, Motors TV founder and CEO Jean-Luc Roy said: “Over the past 15 years Motors TV has proven to be the destination of choice for passionate motorsports fans throughout Europe and the UK and now, thanks to Alterna’TV and THEMA, we can extend our programming feeds into the ideal US and Latin American markets. We’re very excited to be expanding into the Americas where European and international motorsport fans are underserved and eager to collaborate with Alterna’TV and THEMA on garnering carriage agreements to remedy that situation.”

Alterna’TV CEO Aymeric Genty commented: “Motors TV is the world’s only 24/7 dedicated motorsport programming service and serves as the ideal addition for any sports programming package. We’re making the feed available immediately and believe operators will recognise the myriad benefits of rounding out their sports programming offer with a channel dedicated to all forms of motorsport; cars, motorcycles, boats, planes, you name it.”

Added THEMA CEO Francois Thiellet, “Motorsport fans are passionate, persistent and incredibly loyal, which also places them in the top tier of targeted subscribers. Motors TV can deliver this coveted consumer group with its adrenaline-fuelled coverage of international and European car and motorcycle races, not to mention the boat and airplane competitions that are the icing on the cake. Motors TV programming is fast-paced, all action, all the time and Americans are going to run to sign on.”