Several legendary cars from McLaren will be appearing in a special exhibit in the Petersen Automotive Museum in Los Angeles, from next week.

The newest exhibit will feature iconic racing and road creations of the legendary marque created by Bruce McLaren, one of motorsport’s legendary all-rounders who fashioned his eponymous marque in his own image. Opening to the public on June 18, in the Charles Nearburg Family Gallery on the museum’s second floor, the display will feature iconic McLarens from both before and after the untimely death at Goodwood in 1970 of one of the great driver/engineers.

“The Color of Success: McLaren’s Papaya Livery” focuses on the periods when McLaren employed its famous orange paint scheme and includes some of the rarest examples of McLaren’s early racecars from Can-Am, Formula 1, USAC, Formula 2 and Formula 5000.

Included among them is the 1967 McLaren M6A, the first McLaren to ever feature the papaya orange livery. The M6A was developed in just 11 weeks and yet with McLaren and Denny Hulme at the wheel, the M6As racked up five wins and gave their drivers a 1-2 finish in the 1967 Can-Am championship. The following year, the model was still competitive enough whereby a Penske-run example driven by Mark Donohue also scored a win. McLaren’s dominance in Can-Am would continue through to the end of 1971.

Other unique McLaren creations on display include a 1969 M6 GT, one of only three in the world, which was a first step toward Bruce’s dream of creating a street car.

The McLaren M15/15A (below) was McLaren’s and designer Gordon Coppuck’s first attempt at an Indy car for 1970, and it showed plenty of promise, but after Hulme’s hands were burned by a fuel fire, and Chris Amon decided he couldn’t adapt to ovals, the cars were campaigned instead by Carl Williams and Peter Revson, who qualified 19th and 16th and finished ninth and 22nd.

But it was Coppuck’s M16 for which McLaren became most famous in U.S. open-wheel racing, and could be many people’s choice of star of Peterson’s new exhibit. In 1971, Revson took pole for the 500 and ultimately finished second, while Donohue put the Penske-run McLaren into the lead for the first 50 laps of the race but suffered transmission failure.

The following year, Donohue scored McLaren’s and Penske’s first Indy 500 win in the M16B, while in 1974 and ’76 Johnny Rutherford won in the M16C/D and the M16E respectively.

More modern McLarens are also part of the display, with the 2018 MCL33 as driven by Fernando Alonso on show, bearing McLaren’s famous livery with the addition of blue, yellow and red stripes in recognition of Alonso’s home region of Asturias, Spain.

Petersen’s executive director Terry L. Karges said: “McLaren is one of the most storied names in motorsports history. The racecars of Bruce McLaren and the company he founded have been at the forefront of design and performance for decades. We are excited to let the public get a closer look at some of these iconic and historic machines.” 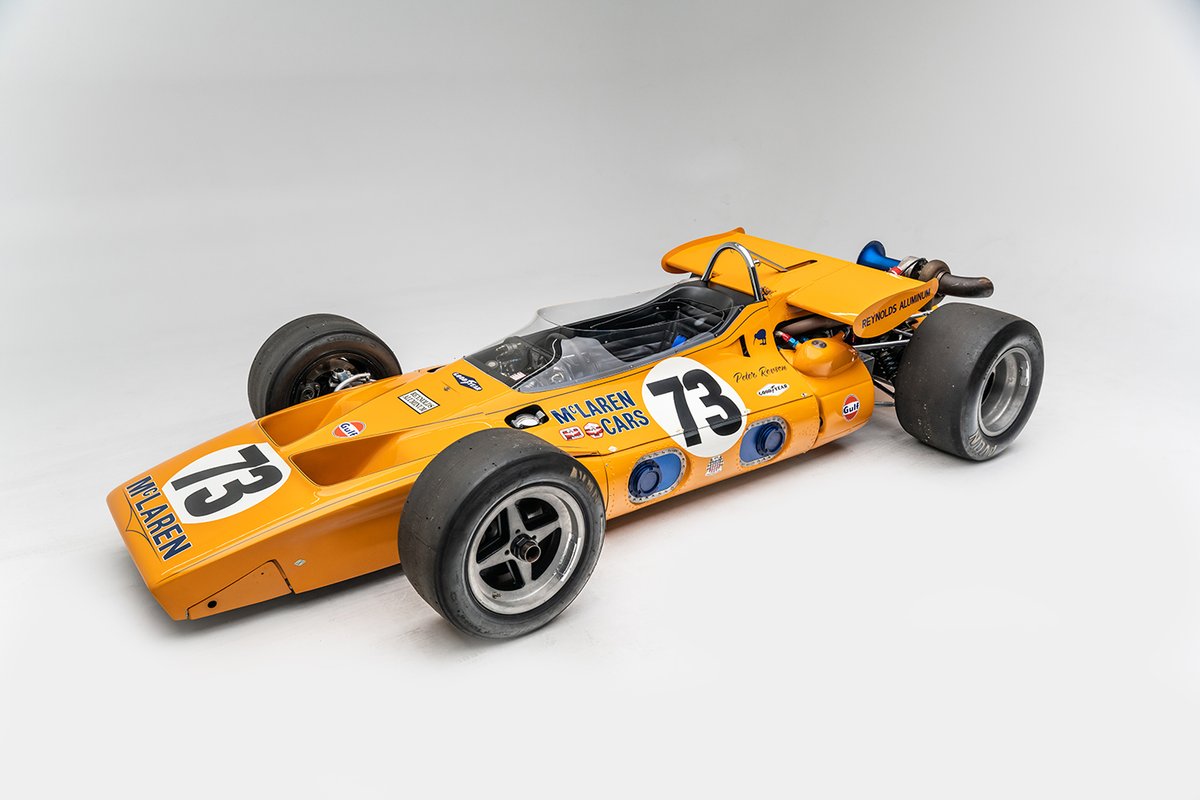 How McLaren stole the F1 upgrade spotlight in Singapore