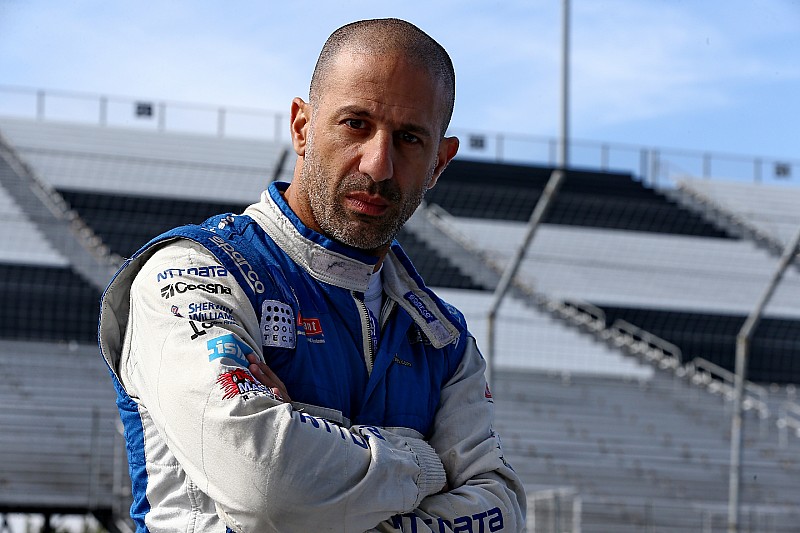 IndyCar star Tony Kanaan hopes there’s no repeat of the “intimidating” boos he received during his Race Of Champions debut, when the all-star racing extravanganza is hosted by his adopted hometown of Miami this weekend.

Kanaan recalls: “The race was in France, the Stade de France, and I was in the first heat against Sebastien Loeb – the French hero – so it was very intimidating when I got booed! I got in my car and they were booing me!

“Here, I’m making sure all my friends are gonna be in the same section [of seats] so it won’t happen again! I hope Race Of Champions stays here for many years to come.

“I can feel the vibe – it’s a great event for Miami. I’ve always enjoyed doing it in the past. Due to schedules it was always hard to travel [from America] to Europe, and I remember my first time well when I was [teamed] with Felipe Massa [in 2004].”

In terms of the driving technique required around the twisty stadium track layout, Kanaan says that avoiding over-driving is the key.

“The key, for me, is that sometimes you have to drive slow to be fast, actually,” said Kanaan. “It’s a completely different mindset to what you normally have in a racecar. It’s amazing.

“We had a little demonstration in Homestead the other day, and typically I was driving the wheels off the car – and I was going so slowly! And [Juan Pablo] Montoya was just driving around… and going faster.

“With the variety of cars, I think you’ll see some of us better in some type of cars – but I think it’s gonna be a good balance.”

Marlins Park roof to be closed for 2017 Race Of Champions

Get free live 360-degree video coverage of Race Of Champions