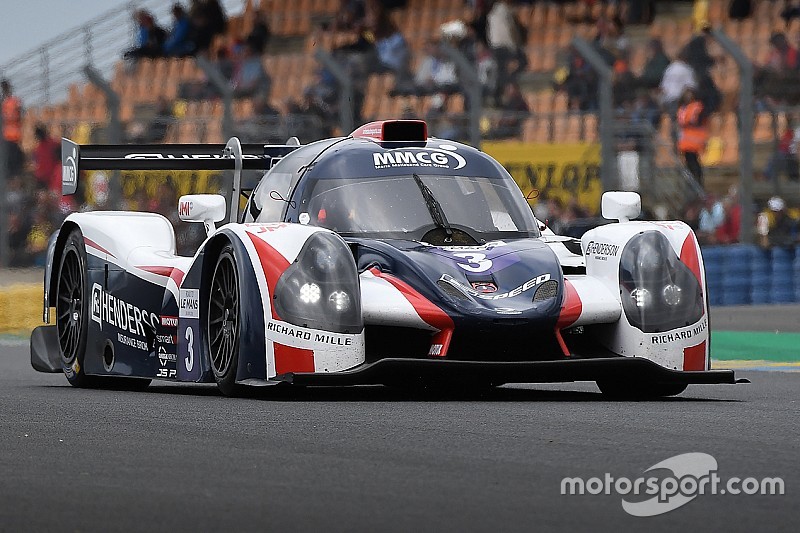 United Autosports have teamed up with American racer Guy Cosmo once again for the inaugural Prototype Cup race at Snetterton this weekend (8-9 October). He will race with fellow American, Patrick Byrne in the Ligier JS P3.

Patrick has raced in the IMSA Continental Tire Series ST, IMSA Tudor Series GTD and the SCCA Pro Pirelli World Challenge GT4, but will make his debut in a Ligier JS P3 at Snetterton.

Guy Cosmo previously raced with the team in the Road to Le Mans race in June, sampling his first taste of the Ligier JS P3 sports prototype. Guy, and co-driver Mike Hedlund finished a fantastic fifth, while Guy scored the fastest lap of the race; making him the fastest man round Le Mans in an LMP3 car.

United Autosports clinched the European Le Mans Series LMP3 championship at their last race at Spa - the penultimate round of the series. Alex Brundle, Mike Guasch and Christian England have never been off the podium throughout the whole year, scoring three wins (Silverstone/Imola/Red Bull Ring), a third place (Paul Ricard) and a second place at Spa, giving them enough points to take the championship win a race early.

The full calendar of British Prototype Cup races in 2017 will be confirmed soon.

Guy Cosmo, driver, United Autosports: “I’m thrilled to be joining United Autosports for another race this year and even more so to be paired with one of my favorite teammates in Patrick Byrne. After such an incredible experience with United Autosports at the Road to Le Mans in June it’s a real treat to be back with them for another race. Patrick and I have worked together many times in the past where I’ve been both his driving coach and also his teammate. Patrick is extremely talented, very focused and a quick study and I think we are going to have a great experience as he gets introduced to the LMP3 formula.

“I think this new Prototype Cup series is going to be a tremendous hit. The LMP3 category is exploding world-wide so there is a huge demand for a place to race these cars. I’d be surprised if there weren’t huge car counts for this championship next year and I’m happy to help kick the series off this weekend.”

Patrick Byrne, driver, United Autosports: “I am incredibly excited to have this opportunity to drive with United Autosports and who better to share this experience with than the man himself, Guy Cosmo. Guy is fast and incredibly accomplished. He is a topnotch driver and epic teammate. Cosmo and I have teamed up together throughout the past four years in several different cars and series. Put Cosmo in any car and in a few laps he is within record-breaking territory!

Richard Dean, Team Owner and Managing Director, United Autosports: “I’m thrilled Guy will be joining the team again for the Prototype Cup. He is the fastest man round Le Mans in an LMP3 car so having him on the team is definitely not a bad move! I’m looking forward to working with Patrick too - he’s done a lot of racing and I’m excited to see how he gets on in the Ligier.”