By:
Motorsport Network
Listen to this article

AUSTIN, Texas (October 21, 2021) – Formula 1 and Motorsport Network, today announced the results of the 2021 F1 Global Fan Survey. Launched in early September 2021, the F1 Global Fan Survey was commissioned by Motorsport Network in partnership with Formula 1 and Nielsen Sports, the global information, data, and measurement experts.  Conducted in 15 languages across the Motorsport.com platform, and receiving feedback from 167,000 fans in 187 countries, the 2021 survey is the largest single sports survey ever analyzed by Nielsen Sports.

The 2021 F1 Global Fan Survey results revealed that Formula 1 is considered the pinnacle of motorsport in the eyes of fans globally.  Formula 1 is also seeing greater interest and engagement from a more enthusiastic, diverse, and evolving fanbase since the last survey in 2017. Overall, the survey recorded the youngest and most diverse sample size to date with an average age of 32 (down 4 years from 2017), female participation in the survey nearly doubled to 18.3% (up from 10% in 2017), and student age responses increased to 26%, up from 18% in 2017.

“We are hugely grateful for all the fans that have given their time to share their views in this huge survey. Their views are very valuable to us, and we are extremely pleased with what we have seen in the results. I also want to thank Motorsport Network and Nielsen Sports for the incredible job they have done,” said Stefano Domenicali, President, and CEO of Formula 1. “We are privileged as a sport to be truly international, racing in continents and countries around the world with a global fan base. We reach every corner of the globe through our events, tv broadcasts and social media, and media content. This is a blessing – to have such a platform – but it is also a responsibility. We must protect what we have, grow it, reach more fans, and ensure those blessings remain and get stronger. The results of the survey show we are doing the right things and we will continue to be focused on creating excitement and entertainment on and off the track which is what all our fans want.  We are hugely excited about our future, and we know our fans are too.” 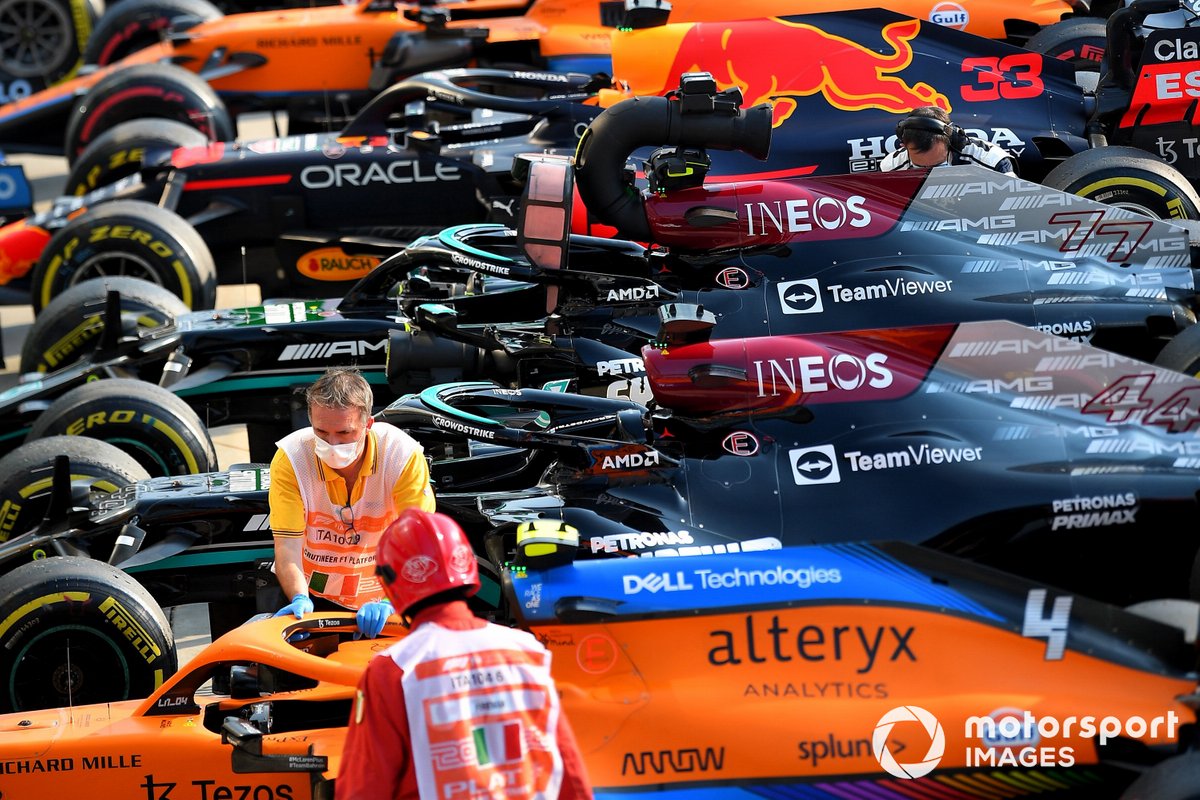 Findings from the Motorsport Network F1 Global Fan Survey indicate fans are very enthusiastic about the direction the sport is taking.  Based on survey respondents, F1 strengthened its position as the global leader of motorsports, with a remarkable 90% of fans surveyed believing that Formula 1 is ‘the pinnacle of motorsport.’  In 2017, 25% of fans said the sport is in better health than 5 years ago – and that number has grown to 55%, and even higher amongst those under 35 years of age (59%).

“What an exciting time to be a Formula 1 fan!” said James Allen, President of Motorsport Network. “This survey is always a huge undertaking, made possible by the collaboration between Motorsport Network, Stefano, Ellie Norman, and the team at F1, as well as our colleagues at Nielsen. And of course, the fans in 187 countries who completed the survey, whose results show that F1 is in excellent health, certainly the best I have known it in my 30-year career in the sport. F1 struggled in the past to attract younger fans and particularly the female fan base and this survey speaks volumes about how the new management’s digital-first approach and the funnel effect of projects like Netflix's “Drive to Survive” are engaging a new generation of passionate F1 fans. Thanks to the internet and social media anyone anywhere today can become a fan. At Motorsport Network we identified this some time ago, which is why we have created our global motorsport communities all over the world; and they have spoken.”

Among fans surveyed, F1’s number 1 brand attribute is “exciting” – with other top brand attributes including “technological,” “expensive,” “competitive,” and “entertaining.”  This is the first time “competitive” and “entertaining” have appeared in the top five, and over two-thirds of fans surveyed believe that F1 exceeds their expectations in terms of “pioneering technology.”

“Nielsen Sports is pleased to once again have collaborated with Motorsport Network and Formula 1’s massive fan base around the world to deliver them a platform in which their voices can be heard. This was the largest single sports survey that we ever conducted, and the data has clearly demonstrated the incredible growth and overall health of both F1 and motorsports,” said Nigel Geach, Senior Vice President, Global Motorsport, Nielsen Sports.

The survey findings were revealed at the Formula 1 United States Grand Prix in Austin today and included the size and demographics of the sport’s audience, fan disposition and attitudes towards the sport, their affinity for races, teams, drivers, and their consumption of racing as remote and live audiences.

Key findings from the 2021 F1 Global Fan Survey include:

For the complete survey, you can download the PDF https://f1-global-fan-survey.motorsport.com.

Motorsport Stars end 2022 on a high at Autosport Awards