What grade would you give the big series after the first quarter of 2014?

Each year, the President of the United States presents the State of the Union address to Congress. Typically, it’s an update on the goings on in the US. I almost wish we had a President of all things Racing to give a similar update.

An update that covers all the big series worldwide, talking about their good points and their bad points, sharing optimism for the future and respect for the past. I think if some sanctioning bodies can get out of the little bubble they operate in, they might just learn something from the trials and tribulations of other groups.

So, why not try it now. I am not witty enough to actually write out something that sounds half professional, let alone entertaining, so I will go series by series with a look at their first quarter report card.

Let’s start at the top. Formula 1. 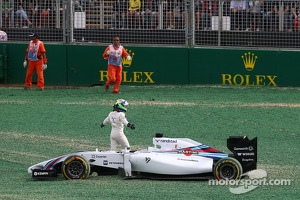 Felipe Massa, Williams FW36 crashed out at the start of the race

We are only one race down, but I feel like we have been reporting on this era of ‘power units’ and phallic nose cones for ages.

The teams of Formula 1 are battling the following major new rules. First off, their gas tanks are down 30 per cent capacity. Instead of a V8 turning at 18,000 rpm, they can now only have a 6-cylinder engine, with a turbocharger, revving to a maximum of 15,000 rpm.

Additionally, they have one extra electric motor over last year, now making it possible to put out about 160 hp for 34 seconds each lap. The cars have fancy technology that harvest both the braking forces and turbine being powered by exhaust gasses that allow these motors to run.

With all the aerodynamic changes, tyre changes, being stuck with only 5 ‘power units’ over the season and Bernie Ecclestone being one year older and one year crankier, that’s all the teams are up against this year. 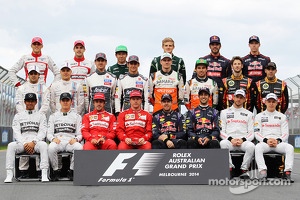 I give Formula One an A on their opening event, and their news headlines since the end of last season.

Australia was entertaining as hell! There were cars everywhere. Between Magnussen’s huge slide off the start, to Bottas’ amazing drive, that was everything I could ask for in a GP.

For the record, looking at the splits at the end of the event, Bottas would have won the event according to overall times had he not barely nicked the wall part way into his run, or at least very very close.

Having these new technologies sprung on the teams brings innovation back into the sport. This completely leveled the playing field (for about the first day, then the big money teams started spending their way into 2014), and even after the first race. I am unsure of who to expect to be a serious contender. We are watching billion dollar businesses stuggle to create efficient and powerful, but reliable engines to the top motorsport in the world. It’s history in the making, and I cannot wait to see what happens next.

That brings me to another open wheel series. This one is utilizing electric energy as well. But their gas tanks…well don’t exist. 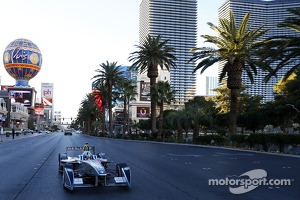 It has yet to begin, but in the news that has come out, and after having conversations with both Alejandro Agag and Lucas Di Grassi, I am over the moon about this series.

The first race will take place this coming September. In Beijing no less.

While they have not turned a wheel in anger yet, some of what I mention above about innovation is what this series is all about. Purely electric open wheel race cars capable of speeds of 200-300 km/h! That is unheard of. Yes they will have growing pains, and critics galore, but I cannot wait for this series to hit the pavement for their first official test in June. As innovation moves forward, the series will get faster, more efficient, and likely more successful and popular.

Let’s move on to the ‘other’ major open wheel series our racing world has to offer, IndyCar. 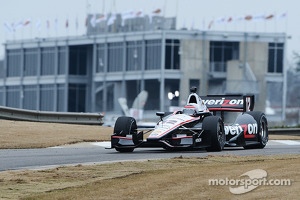 While this series has not turned a lap in anger either, it did just announce a new title sponsor in Verizon.

After a couple stints with various sponsors who didn’t work to connect the viewer to the sport, in a more modern way, lets say, Verizon can do good things for this series.

Much like Sprint has done on the NASCAR side. Telecommunications companies are good. They are a service to the COMMUNICATION industry. Communication is key to success on any scale.

Hopefully, if Verizon (and IndyCar) look around them and take advantage of what is working on the NASCAR circuit and apply it to their brand, what can go wrong? I spent much of my Month of Febuary in Daytona Beach for the 500, and I never imagined I would witness that amount of fans using the Fan View, or Sprint Vision or whatever its called. It’s neat technology, and simple too. It’s effectively the TV coverage, or a handful of onboards at your fingertips at the track.

That is just cool. It keeps the kids interested who don’t understand some of the more technical points of the sport that may keep your average fans view for a 2-hour race.

The next best (or worst) thing that IndyCar has going for it is this new, really short season. While its not THAT short when you consider the effort that goes into a steady 5 month season, but it begs the question…what do these teams do during a 7 month offseason? 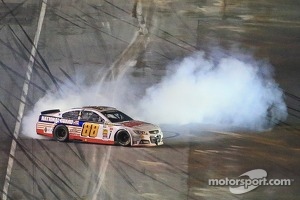 I will leave it at that. Otherwise, heading into 2014 I give a B+ for the excitement in their offseason.

Next up, let’s talk NASCAR, who are getting a B+ so far as well.

Part of that grade is simply given for that uber popular win at Daytona. With a confusing, yet simple points structure for this year, I am looking forward to the rest of this season. This ‘win and you are in’ thing is going to create some mind boggling racing, and probably a new feud or two.

Ricky Stenhouse Jr., who was sitting second when a green-white-checkered finish was imminent Sunday at Bristol, admitted he fully intended on using the bumper or more, to get the win over Edwards. Edwards knew that was coming too.

NASCAR has finally found a way to put value on a win, and end (for the most part) points racing. 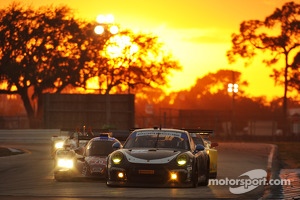 Unfortunately, with huge successes happening in that series, they are really having a tough go in it’s early stages. The biggest issue right now is officiating. There have been two really bad calls made in the series first two races. Additionally, those two races are arguably the series biggest of the year. That does not bode well.

Lastly, the question of whether or not there should be gentleman drivers in the series after some major wrecks caused by…well…stupidity.

Personally, I think that the gentleman driver concept is great…it brings interest and money to the sport. I know that if I ever hit the lotto, I would no-question start a GTD team, go racing and have fun…but be as safe as possible as well.

For all that, I give the TUSC series a C.

There are a few more series I could go over, but these are the primaries on my television and in the travel plans, not to mention the ones I feel confident behind sharing my opinion and avoiding putting my foot in my mouth.