Leading female racing drivers have called the appointment of Carmen Jorda to the FIA's Women in Motorsport Commission "incredibly disheartening" and "a backwards step".

Jorda had recently attracted controversy with comments to the effect that women should compete in their own Formula 1-style championship because, in her opinion, they are unable to compete equally with men.

The appointment of Jorda – who in three seasons of GP3 Series competition never managed to qualify in the top 20 – comes amid reports that a London-based company is preparing to launch a six-race women-only championship, to begin in 2019. 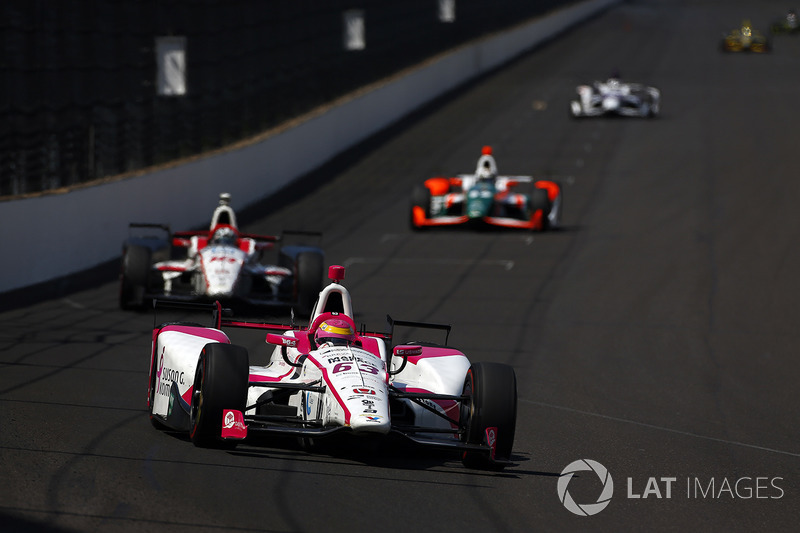 "Against this backdrop of current and rising female racing talent, it is extremely disappointing to learn that a racer with no notable results in any of the categories in which she has competed, and who believes and is quoted as saying that she does not believe we as female racers can compete, has been appointed to the FIA Women in Motorsport Commission," Mann told Motorsport.com.

"To me personally, the appointment of someone with these core beliefs, to a committee meant to further the cause of women in racing, is incredibly disheartening, and represents a true step backwards from the FIA."

"It was a bit of a surprise for everybody, especially because most of the females that are racing in big series at the moment disagree with her point of view," Calderon told Motorsport.com.

"We definitely can compete at the highest level and there is absolutely no need for a female championship.

"What we need is to promote female participation in all areas of motorsport, starting in karting, because we need more girls starting karting to be able to have more chances for one to go to the top.

"It's quite difficult, regardless of your gender, but when there are 90 boys and 10 girls the chances are very slim.

"I disagree with [Jorda's] view and what she wants to defend, but this [announcement] just unites the rest of the community of female drivers and engineers. We're going to fight to be the best of the best, not just of the females." 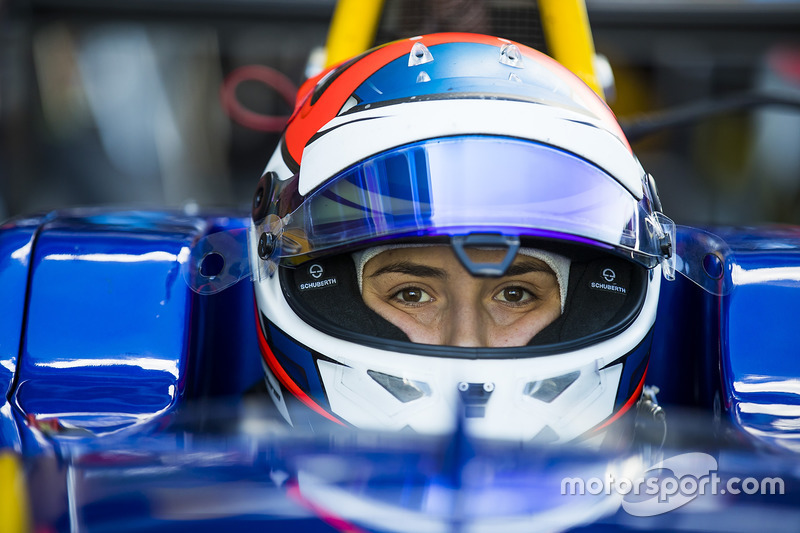 Mann also said that she is concerned Jorda's position on the commission, of which former WRC star Michele Mouton is president, could reflect the views of the FIA towards women.

"Most worrying of all, one wonders whether this appointment is in any way truly representative of the FIA's beliefs towards female athletes competing in motorsport in general," said Mann.

"I have the utmost respect for Michele Mouton, both in terms of her rally achievements and for her overall vision.

"I cannot begin to imagine the type of undue pressure and influence that must have been exerted upon Michele for her to allow this appointment to go ahead."

When contacted by Motorsport.com, Mouton declined to comment directly on Jorda's appointment but said the FIA commission remained committed to "full participation" of women in motorsport.

"The goals and the values of the FIA Women in Motorsport Commission have not changed since its creation in 2009 and we are strongly continuing to encourage, support and promote the full participation of women in all aspects of motorsport," said the 1982 WRC runner-up.

"The richness of the commission comes from its 30 members who bring their experience and share their points of view.

"From 2018, our strong European Young Women Programme will make a link with D2BD, so will be well promoted by Susie [Wolff] who is one of our commission ambassadors.

"We are also working towards an FIA Women Drivers' Academy, so we will have a good range of projects covering girls and women from eight to 20 years old, and the FIA shows that it is fully supporting women in motorsport." 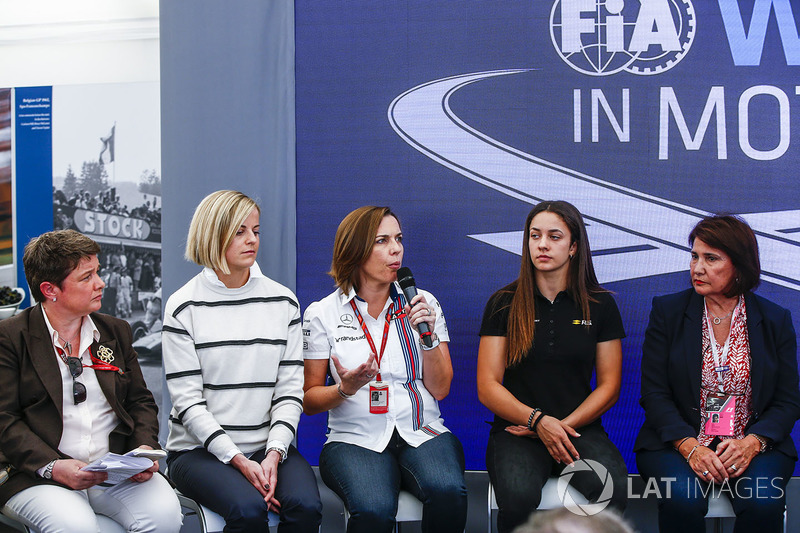 Former Williams F1 test driver and 'Dare to be Different' pioneer Susie Wolff emphasised motorsport as an activity in which women have equal chance.

"Motorsport, alongside equestrianism and sailing, is one of the three sports in which women and men compete together," Wolff told Motorsport.com. "In each, a large piece of equipment or animal is involved – it doesn't just come down to sheer strength or muscle mass.

"If you want to see more successful women in motorsport it's simply about increasing the talent pool – inspire more girls and women to enter the sport and offer support so that the best to rise to the top.

"Dare to be Different works closely together with the FIA Women in Motorsport Commission; Michele and I share the same goals and are committed to helping create change in the long term – in the right way."

Chadwick, who this year switched to single-seaters in BRDC British Formula 3, said she had "nothing against" Jorda but that "it would be a shame" if she promoted single-gender competition in her FIA role.

"I think it will just lower the standard, I know on my best day I can compete equally with men," Chadwick told Motorsport.com.

"If the right woman came along with money and talent they could make it to Formula 1." 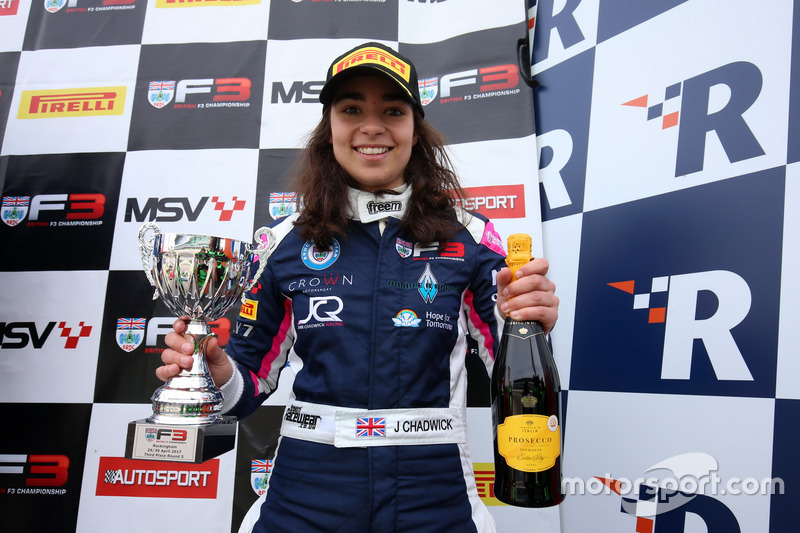 It's one of the busiest weekends of the season for Motorsport.tv, which will broadcast 19 different series live this weekend. The British Superbike Championship returns this weekend with the championship battle at its peak, while Stock Car Brazil will also be ready for a good show after a few weeks off. With the European Le Mans Series, DTM, ADAC GT Masters, European Truck Championship, TCR Europe and many more series, Motorsport.tv will once again be full of excitement.

Ford Performance is no longer pushing for major motor racing categories to adopt electrification or hybridisation.

This weekend, Motorsport.tv has something for everyone. The online platform, which broadcast over 100 hours live last weekend, will show 12 different series live this weekend starting Friday, 16 September. With such a variety of racing on the schedule, viewers can catch qualifying or the races at any time of the day, especially on Saturday and Sunday.

Ford has pulled the covers off the new-spec Ford Mustang that will race in categories such as Supercars, NASCAR and GT3.