Daniel Lloyd to be managed by Tim Sugden

West Yorkshire based Daniel, one of the hottest young prospects in UK competition, is delighted to have become part of the Tim Sugden Management family of drivers as he strives to carve out a paid, professional career in the realms of sportscar racing.

Since debuting in cars in the 2008 Ginetta Junior Championship, where he became a multiple race winner and front-running regular, Daniel has developed into one of the country's most promising saloon car drivers in the ELF Renault Clio Cup -- culminating in his Winter Cup title win last November.

Now, the 17-year-old from Scammonden is relishing the chance to work closely with Sugden and to learn as much as possible from the wealth of experience the renowned sportscar racer has gained during a motor racing career spanning 30 years.

"This really is fantastic news", said Daniel, "Winning the Winter Cup in Clios was great but we're realistic enough to know sportscar racing has to be our aim if I want to become a fully professional driver. Tim has a huge amount of experience, both as a driver and a manager, so we're confident this deal will add nothing but positivity to my racing career."

Sugden commented: "I'm delighted to welcome Daniel into my management group, he's shown a lot of promise already in just two years of car racing. My aim is to add some fresh impetus into his career and to try and put him on the path to becoming a professional driver.

"I've been competing in motorsport for 30 years and have been managing drivers for the past 10 years so that experience should give Daniel's career some added momentum. I see him as someone very much like Jonny Cocker who I helped to become a professional driver. His career has gone from strength to strength and the aim is to do the same for Daniel." 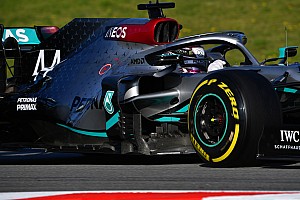