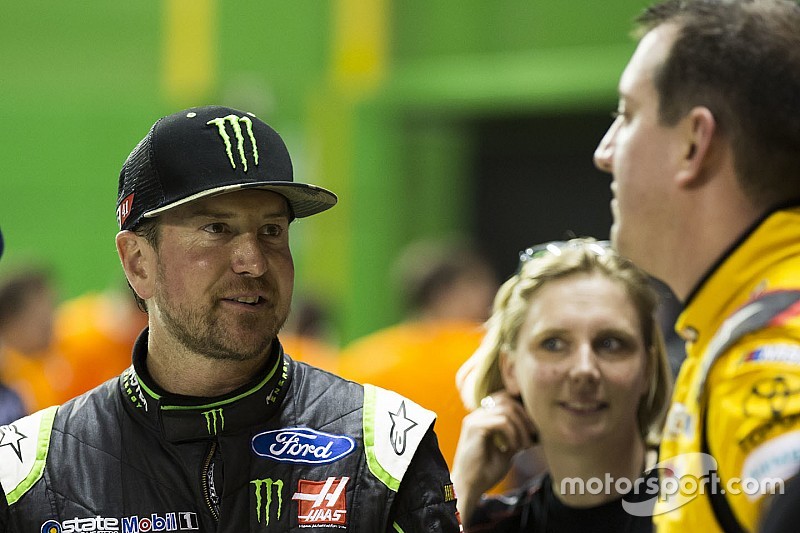 NASCAR stars Kurt and Kyle Busch say they’re racing for family honour, as well as NASCAR and the USA in the Race Of Champions in Miami this weekend.

The brothers, who race against one another week-in, week-out in the NASCAR Monster Energy Series, haven’t always seen eye to eye due to the intense nature of their sport.

But they will team up like never before on Sunday, for the Nations’ Cup where they represent Team USA NASCAR – and hope that their knowledge of the NASCAR chassis that’s being used this weekend will play in their favour.

“The way that the NASCAR will work around here – let the rough edges drag, just get your total Ricky Bobby on and go for it!” quipped Kurt when asked what advice he’d give to the non-NASCAR racers. “I wanna go fast! When I wake up tomorrow, I wanna to piss excellence!

Kyle, the 2015 Cup champion, is making his ROC debut this weekend, and says he’s been leaning on his older brother for tips.

“We don’t want to disappoint our fans for sure,” said Kyle. “It’s my first time doing Race Of Champions, I’m certainly excited about it.

“As Kurt said it’s not just NASCAR we’re representing but the US, and we’re brothers. We’ll either kill each other or be high fiving each other by the end of it!

“He’s got the experience here, so I gotta lean on him a little bit, learn about the different cars and how he’s attacked this event before.”

Get free live 360-degree video coverage of Race Of Champions