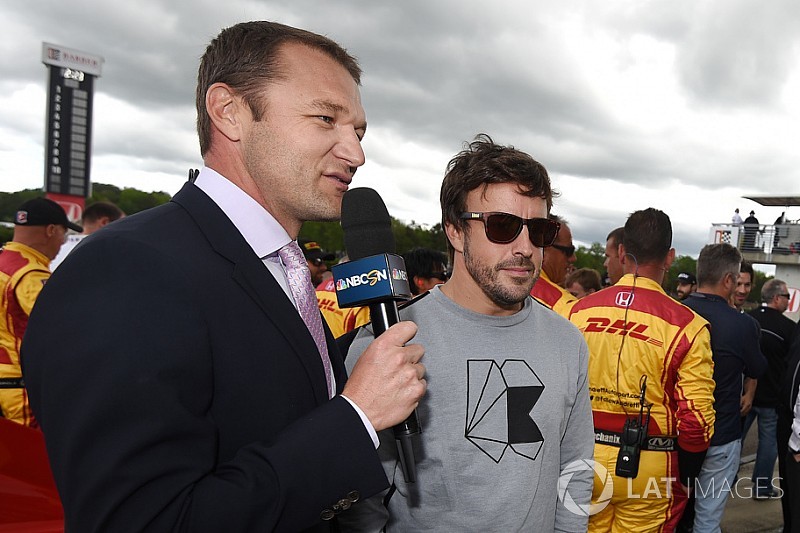 Townsend Bell has asked fans to watch internet auction sites and pawn sites for racing mementos that were stolen from his house last Friday.

The racer and TV commentator had just returned home after finishing fifth – and top Ferrari – in the GT Daytona class of the Rolex 24 Hours at Daytona, when his wife told him the news they had been burgled.

Bell explained to Motorsport.com: “I ‘helpfully’ left my phone in the Uber ride I took to LAX to fly to Daytona, so I was without a phone for the entire weekend. My house got broken into on Friday night – my wife and kids were thankfully not home at the time – but my wife didn’t have a way to call me on Friday night and didn’t want to send me an email, bless her, before the race started.

“Then last night I got to the airport and I had my laptop and she asked me to call, but I couldn’t because I was just about to get on the plane. So I didn’t find out the house had been broken into until I got home about 10.30pm last night. She said, ‘You’ll never believe what happened…’

“It’s like getting kicked in the nuts when you come home already shattered from being up for 36 hours.”

Among the stolen items were Bell’s 10 Indy 500 starter rings, the Rolex watch he earned for winning GTD class at Daytona in 2014, and the Tudor watch for capturing the IMSA GTD championship in 2015.

“They basically ransacked the house, the typical burglary scene you’ll see in a movie. They rifled through the drawers including the locked ones, ripped the safe out of the closet, took jewelry, cash and all the stuff that is small and easy to grab. Unfortunately that included my racing things.

“I’m not one who clings to personal possessions – I’m typically anti-clutter, in fact – but those little things are about the only mementos I was holding on to so I can give them to my kids some day. And I can’t imagine they have much value to anyone other than myself – I think they’re all engraved with my name – but to a thief in a scramble in the dark, they just look like jewelry so they got grabbed. Disappointing.”

Bell said his house was among several in the area that got hit on Friday.

“I’ve got a six-foot fence around my property,” he said, “but they were pretty motivated and efficient – it wasn’t just a random act of breaking into a house. They had hoodies so the CCTV videos don’t reveal a lot. There were five other houses hit in the area and to break into one of them they even had to scale a trellis to get in through a second-story bedroom.”

Despite the losses and the frustration, Bell said he was still seeing the positives.s

He said: “I really feel bad for my wife because the police were around for several hours on Friday, guns drawn, so she had to go stay at a hotel – it was pretty traumatic, and as luck would have it, I was the other side of the country when it happened. But the most important thing is that the family is safe. At the end of the day, the stuff that got stolen is just stuff – and we can replace my wife’s jewelry.

“Like I say, my stuff probably only matters to me – if they’ve looked at their haul, they may have tossed my things already! But hopefully not; they may think, ‘Oh boy, this could go for a lot of money,’… and then find out they’re sorely mistaken! I can just picture a guy at a pawn shop looking at the watch and going, ‘Townsend Bell? Nah, never heard of him.’

“But anyway, I decided to tweet it out, get the word out, so the racing community can keep an eye on eBay or in pawnshops. If something like a fourth-place Indy 500 starter ring from 2011 shows up, then you know where it came from!”