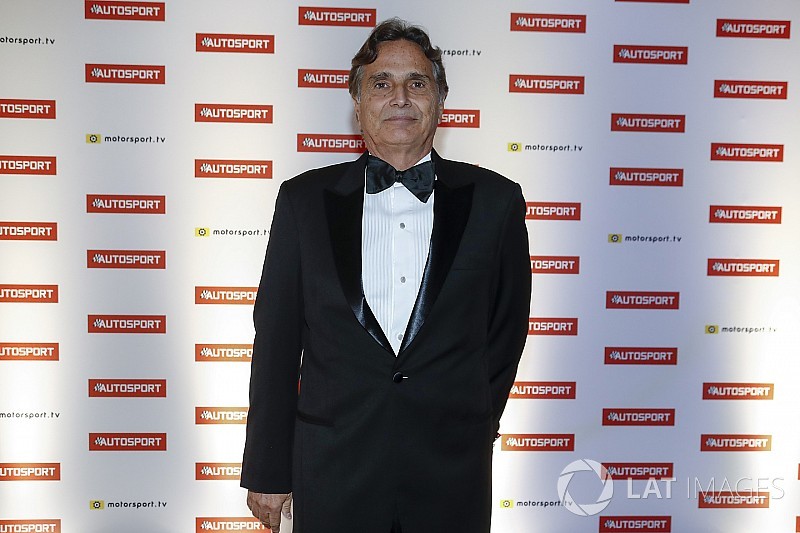 The 2017 Autosport Awards paid tribute to three-time Formula 1 world champion Nelson Piquet's contribution to motorsport with the presentation of a Gregor Grant Award.

Piquet was one of the key protagonists in F1's infamous 1980s title battles, going head to head with the likes of Alain Prost, Nigel Mansell and Ayrton Senna.

Having won his first two titles with Bernie Ecclestone's Brabham team in 1981 and '83, he added a third crown with Williams in '87.

By the time Piquet retired from F1 at the end of 1991, he had scored 23 grand prix wins across the Brabham, Williams and Benetton teams.

He then attempted to conquer the Indianapolis 500 only to suffer severe leg injuries in a horrific crash - before recovering and returning to compete there successfully in 1993.

"The time I had in motor racing was fantastic," said Piquet. "To learn and work with a team was the most important thing. It's much easier to race than to see your son racing!"

Piquet was presented with the award by legendary designer Gordon Murray, the man behind the Brabhams with which he made his name in F1.

"A fantastic racing driver with a lot of natural talent," said Murray of Piquet.

"It was a pleasure and privilege to work alongside Nelson. He was part of the family - and I say that with conviction, we had a family, we had much more than a team.

"We had a lot of fun, but having fun and success together is a great combination. Those days really were the good old days. It's still a privilege to stand alongside the man.

"It was the passion and the dedication in the early days. We used to load the windtunnel model in the back of his car and go down to Southampton University and do windtunnel testing and Nelson was there for every single minute of development and he learned everything.

"From an engineering point of view we had a fantastic relationship and that's because he was absolutely dedicated as a youngster."