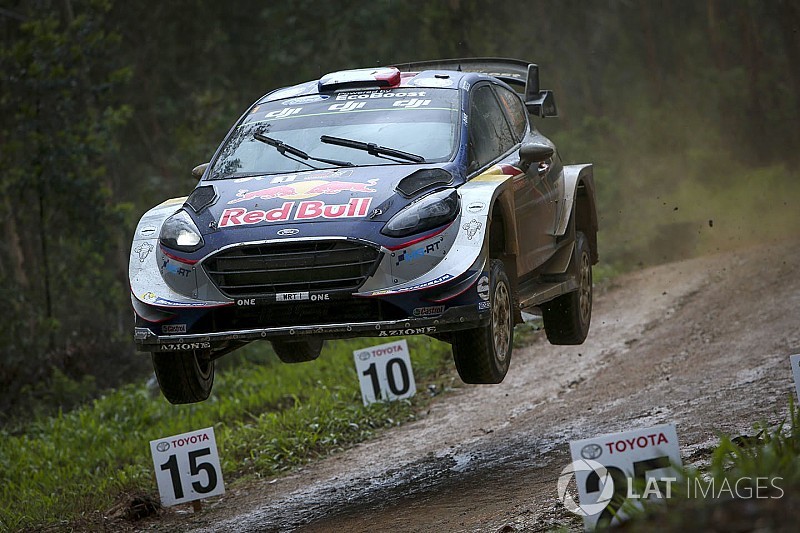 WRC champion Sebastien Ogier picked up his fifth straight Rally Driver of the Year Award at the 2017 Autosport Awards.

Despite having to make a last-minute move to M-Sport after Volkswagen's WRC pull-out and being up against factory opposition from Hyundai, Toyota and Citroen, Ogier was able to stretch his run of WRC titles to five this year.

"It's definitely very special," said Ogier. "It's not so often that you can achieve these kind of things in motorsport.

"There was some back-up from Ford behind us, but there's so much passion in this team and everyone worked very hard.

"I'm definitely enjoying this moment. This year means a lot for me. Even if it was the fifth time, it was a bit different this time.

"This year was a bit exceptional, but we know long term you need to be a works team to take the big steps."

"I had the pleasure to be a part of the World Rally Championship for three years," he said. "It's a completely different sport, it's nothing to do with Formula 1.

"As a rally driver you need to be a much more flexible driver, you have to adapt to different conditions - the conditions are never the same.

Britain's WRC winners Kris Meeke and Elfyn Evans were also in the running, as was Ogier's former VW teammate Jari-Matti Latvala - who was nominated for his efforts in leading the brand new Toyota team to a victory in just its second start.

M-Sport's Ford Fiesta WRC came out on top in the Rally Car of the Year category.

Despite being up against factory opposition from Citroen, Hyundai and Toyota, Malcolm Wilson's M-Sport team won the first manufacturers' crown of the WRC's new rules era in a Fiesta fielded with only limited Ford support.

As well as taking Ogier to the drivers' title, M-Sport won rallies with Ott Tanak and Evans.

Ogier's team-mate Tanak blossomed into a surprise championship contender and Evans became the first home winner of Rally GB since Richard Burns in 2000 with a dominant performance in Wales in his DMACK-shod Fiesta.