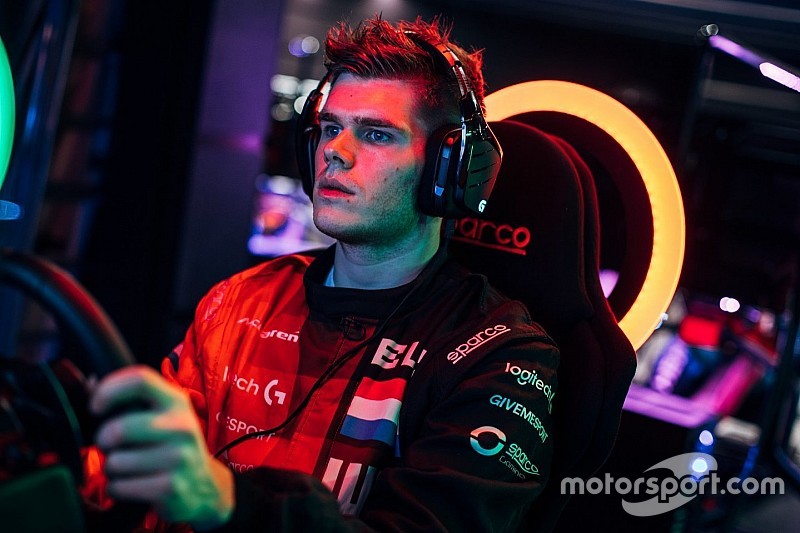 The second season of World's Fastest Gamer has been launched and the winner will receive a full real-life racing programme with R-Motorsport that includes the Spa and Daytona 24 Hours.

Rudy van Buren won the first-ever season of the sim racing competition back in 2017 and earned a full-time job with McLaren as one its simulator drivers.

This year, 10 gamers will battle it out for the "biggest ever prize in Esports", with eight of the finalists selected from the "biggest esports racing championships of 2019".

They will be joined by two gamers from the upcoming wildcard qualifiers, with one attempt set to be held on mobile game Gear.Club and the other on rFactor 2.

The finalists will then be whittled down from 10 to six in an UK-based event in which they compete across virtual and on-track racing challenges.

Those six will be flown to R-Motorsport's Switzerland base, before the final two gamers battle it out on-track alongside the DTM finale at Hockenheim.

The winner will then earn a full sportscar season in an Aston Martin with the Swiss outfit.

"World's Fastest Gamer is back with the biggest prize in the industry and it will be won by the most talented gamer, not the driver with the biggest budget," President of Millennial Esports Darren Cox explained.

"Esports racing has grown significantly since our first project [GT Academy] more than 10 years ago, but still there is a huge talent pool out there, undiscovered.

"WFG is the bridge between the virtual and real worlds for gamers, drivers and fans."

Two-time Indianapolis 500 winner Juan Pablo Montoya will be on the judging panel for every stage of the final alongside van Buren.

"I have raced online for several years and use simulators to this day to stay sharp," Montoya said.

"I know that there is huge talent in the virtual world because I was regularly beaten by gamers when I raced against them.

"I know the skills between real and virtual are completely transferable, so my job on WFG is to make sure these gamers are hungry and perform under the pressure I intend to put them under."

Season one reached "400 million households" according to the series and full broadcast details for its second season will be revealed soon.