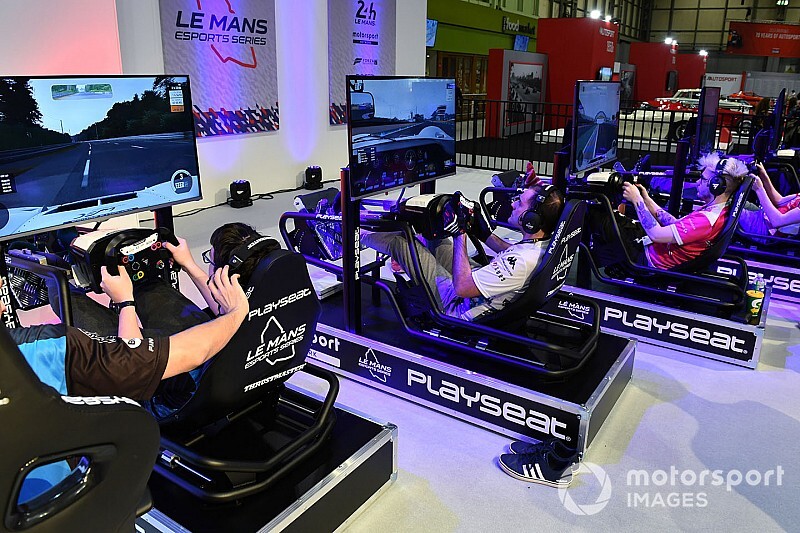 Twelve sim racing teams were invited to compete for an automatic position in the LMES Super Final, which will be held at this year’s 24 Hours of Le Mans.

Williams beat Jean Alesi’s Esports team and defending series champions Veloce Esports to pole position for the two-hour race around Le Mans in 1966 Ford GT40s. A trip through the gravel on the first lap sent Williams tumbling down the order and handed the lead to Alesi’s team.

On the 10th of 32 laps, World’s Fastest Gamer James Baldwin promoted Veloce into the lead. Veloce was unexpectedly handicapped prior to the event when one of its drivers was robbed of his passport before travelling from France to the UK. This meant one its content creators, Haydon Gullis, had to step into the three-driver team.

He took the final stint of the race and despite his valiant efforts, Veloce dropped from the lead to sixth place by the chequered flag.

Williams made the most of Veloce’s misfortune, and by the time of its own final stint, it was in prime position to pounce on Gullis after a remarkable comeback drive. Perhaps even more impressive was how JOTA Esports was able to bounce back from its own opening lap nightmare, which saw Shaun Arnold drop from fourth to last via the gravel trap.

Jacob Bowkett drove JOTA’s final stint and closed to within touching distance of Williams in the final laps of the race.

A small mistake from Williams’ Nikodem Wisniewski left the door open for a final corner lunge from Bowkett. It ultimately left Bowkett facing the wrong way – although he was able to recover to stay in second, ahead of Alesi’s team.

The victory means Wisniewski along with his team-mates Kuba Brzezinski and F1 Esports ace Isaac Price will compete in the Super Final.

Williams will be joined by the top teams from the Pro Series – a five-round qualification series. They will also be joined at Le Mans by a number of amateur drivers. Autosport International attendees have until the end of Sunday to qualify.

The show’s main Esports stage will host the finals of the DiRT Rally 2.0 World Series on Sunday.