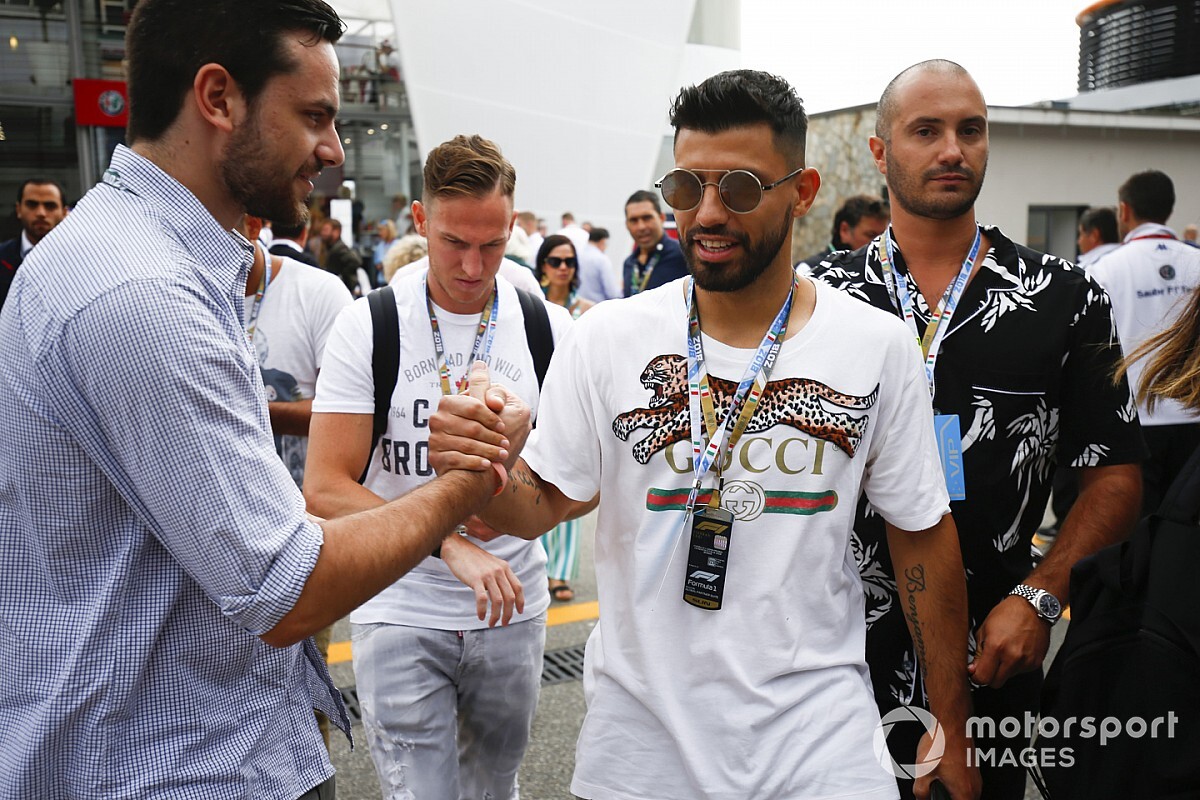 Football stars Sergio Aguero and Arthur Melo will join six current Formula 1 drivers on the grid for the next Virtual Grand Prix event on Sunday.

In place of the Spanish Grand Prix due to be held at the Circuit de Barcelona-Catalunya on 10 May, F1 will stage another Virtual Grand Prix following five events to date.

The field will once again include a number of current names from the F1 grid including Red Bull's Alexander Albon, who won last weekend's race at Interlagos, and Ferrari's Charles Leclerc.

Aguero, a four-time Premier League winner with Manchester City, will partner Albon at Red Bull for the race. Aguero is known to be a big F1 fan, attending a number of races including last year's Italian Grand Prix at Monza.

"Motorsport is a great passion of mine so to be given the opportunity to take part in the Virtual Spanish Grand Prix is very exciting for me," Aguero said.

"I have travelled to watch F1 races and test myself at track days, which have been exhilarating experiences. But this takes it to the next level and gives me the opportunity to race and compete against real F1 drivers – I can't wait!"

Renault has also confirmed that Formula 3 driver Max Fewtrell will make his first appearance in the Virtual Grand Prix format alongside Poulter.

"This week sees one of the most exciting Virtual Grand Prix line-ups we've had so far and we are delighted to welcome some of the world's biggest football stars to compete alongside drivers from the worlds of F1 and motorsport," said Julian Tan, F1's Head of Digital Business Initiatives and Esports.

"Their desire to participate is a testament to the continued success and popularity of the F1 Esports Virtual Grands Prix and we are proud we can all stand together through racing to give sports fans a live spectacle to enjoy during these challenging times."

The Spanish Virtual Grand Prix will take place at 6pm BST on Sunday.

Best of the banter – Supercars at Spa-Francorchamps