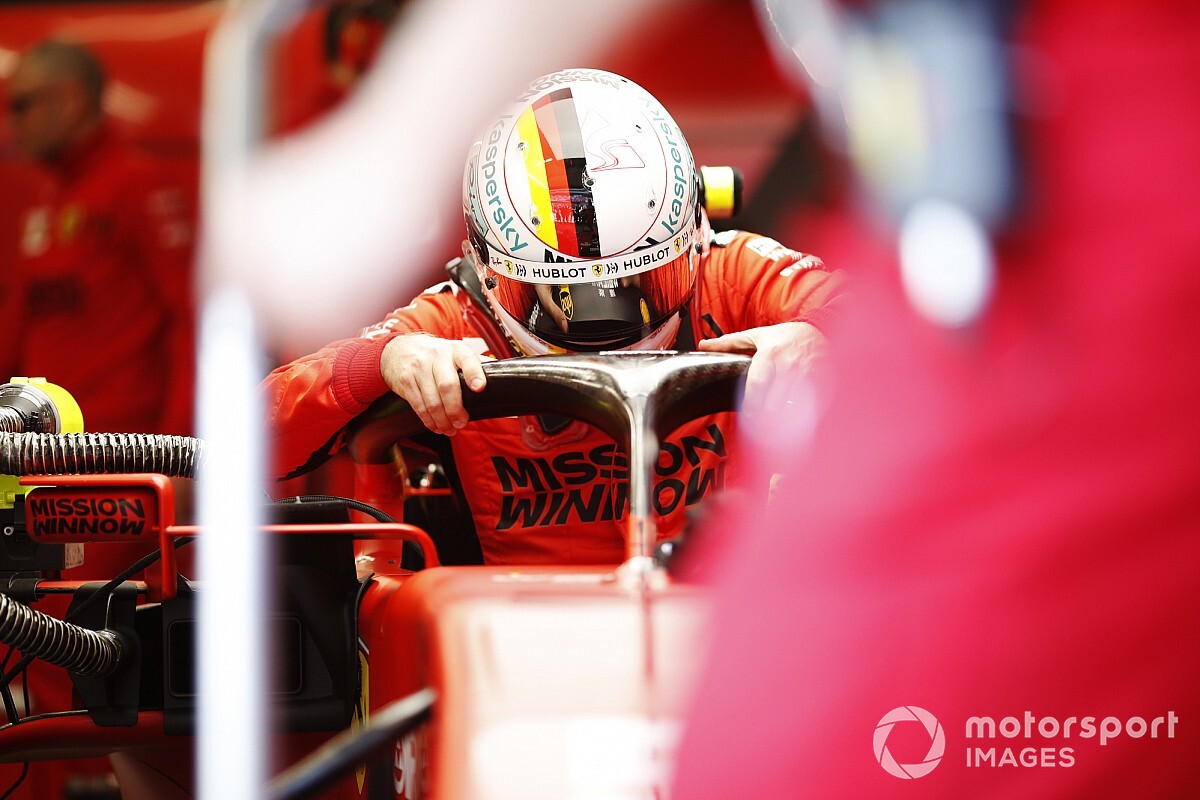 Sebastian Vettel has revealed he will join many of his Formula 1 rivals and start sim racing soon, having taken delivery of his own rig over the past few days.

The four-time world champion has so far steered clear of joining in the recent rush to Esports, with the scene having been dominated by younger drivers like Max Verstappen and Lando Norris.

But having witnessed his own Ferrari teammate Charles Leclerc enjoy a venture into sim racing, Vettel says he put an order in for a sim and is now ready to start competing.

Asked by Motorsport.com if he was tempted by sim racing with his rivals competing so much, Vettel said: "Well the truth is, I didn't have a simulator until a couple days ago so I have not been tempted because I didn't have the chance.

"But I have heard a lot of things about it so I thought I might get one and try, but I need to still set it up properly. Generally, I'm not going to foresee a career in sim racing. I think it's more something to try for fun.

"I grew up with some of the stuff and I've been playing some games, but to be honest since I had kids it's not the first thing on my list to do. I will see how much time there will be. But I have read some of the news that some have been racing and I've also read that Charles did well on his debut so that was good for him and the team."

Leclerc has joined the official F1 Virtual Grand Prix series, winning on his debut in a race around Australia's Albert Park circuit, and has also been instrumental in setting up a charity tournament.

Vettel is clear that, while open minded about sim racing, he will always prefer the real thing.

"I think I still consider it a bit more of a fun thing," he said. "I think races still have to happen in the real world outside. So that's still where the focus lies.

"The rest is good fun. I'm aware that some people take it very serious and spend a lot of time there but I also enjoy doing other things. So, it will be a bit of a mix."