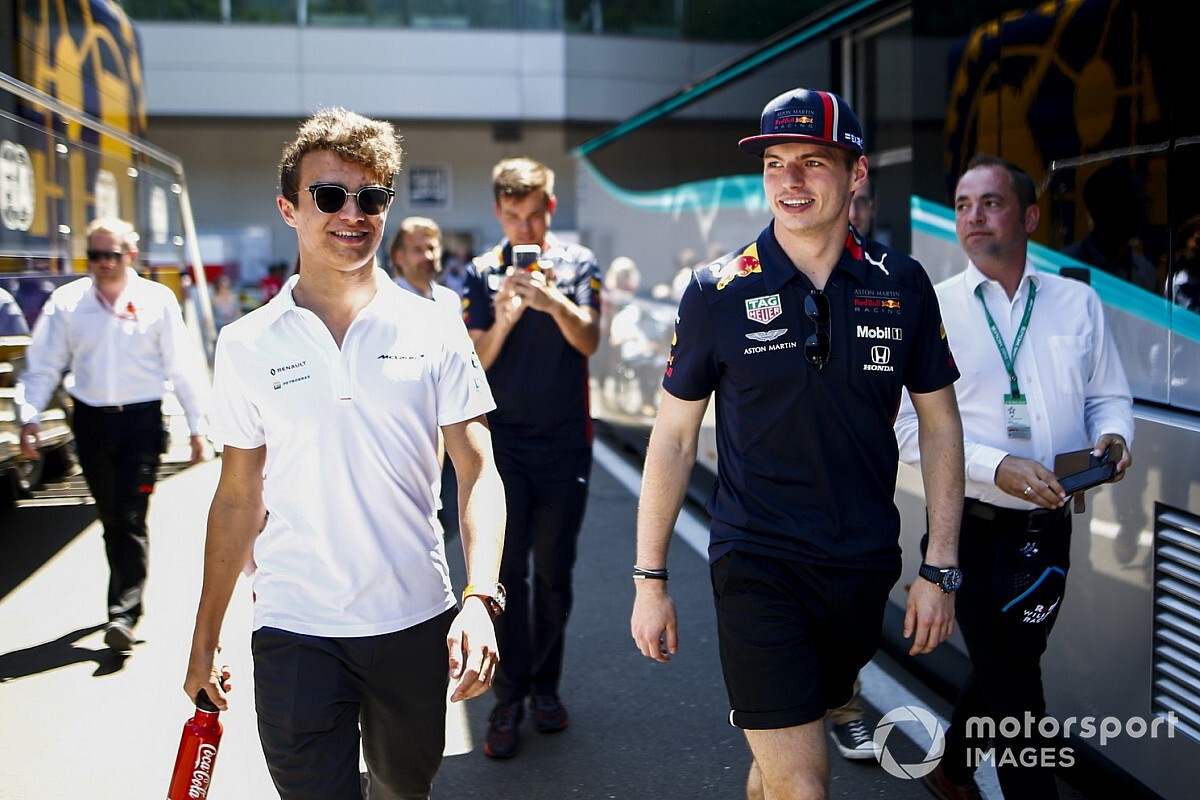 Verstappen and Norris, along with their Pure Racing Team sim racing veteran team-mates Max Benecke and Max Wenig, had dominated the majority of the race from pole position.

However, drama stuck late on when Verstappen’s brakes failed on his sim racing rig with just 15 minutes of the race remaining. He lost a lap while recovering to the pitlane, where he handed the car over to Norris.

Norris re-emerged on track still with a comfortable lead, taking the chequered flag 27.285s ahead of the second-place car – Pure Racing Team Green, with Patrick Heinrich driving the final stint.

This isn’t the first time Verstappen and Norris have participated in high-profile virtual endurances this year. During the 12 Hours of Bathurst in February, neither were able to start their stints because their teammate crashed early in the race.

“From the side of Redline, myself and Lando, it was a very cool collaboration,” Verstappen said after the race. “To see how these guys are doing it as well, us coming from the real world and them on the simulators, it was a really good collaboration.

“I hope we can do this again soon.”

PRT by TX3 completed the podium ahead of Vendayal Simracing Yellow and Williams Esports.