Supercars All Stars Eseries Round 5 schedule 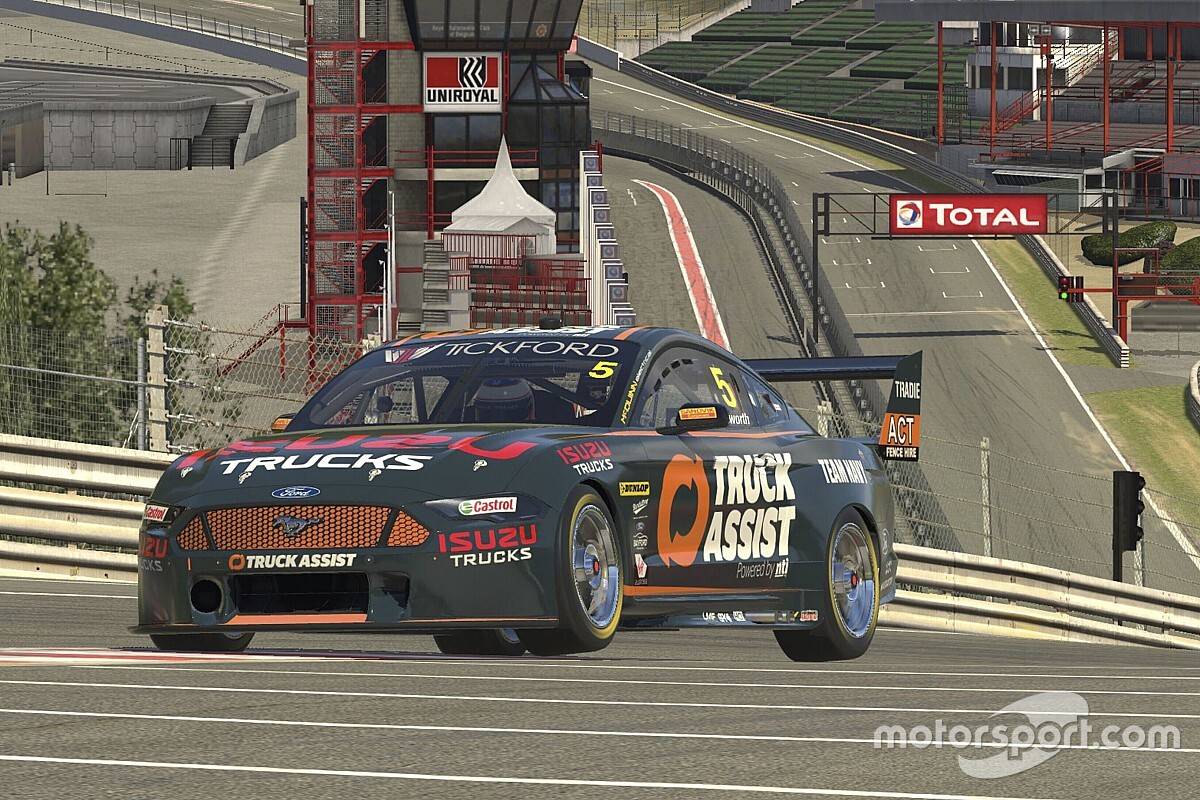 Here are the full schedule and broadcast details for the fifth round of the BP Supercars All Stars Eseries at Spa-Francorchamps.

The Aussie series had originally planned to stage races at both the Belgian Grand Prix venue and the Nürburgring, however last week elected to scale back to a single circuit format.

That means three races on the Spa layout, with a schedule similar to what was used for Round 3 at Mount Panorama.

There will be a 20-minute qualifying session to set positions 11-30 on the Race 1 grid, before a Top 10 Shootout to determine the first five rows.

That will be followed by two eight-lappers with a mandatory tyre stop, the first starting in qualifying position, the second a reverse-grid race.

The third and final race will be a 14-lapper with two stops, the grid set by accrued points from Races 1 and 2.

There will be five wildcards in the field, headlined by Formula 1 star Lando Norris. Supercars champion James Courtney, F1 hopeful Jack Doohan and Super2 rookies Broc Feeney and Jayden Ojeda will also be in the field.

The race broadcast will be streamed live and free through Motorsport.com and Motorsport.tv.

Here is the schedule for Round 5 (all times AEST, subject to change).