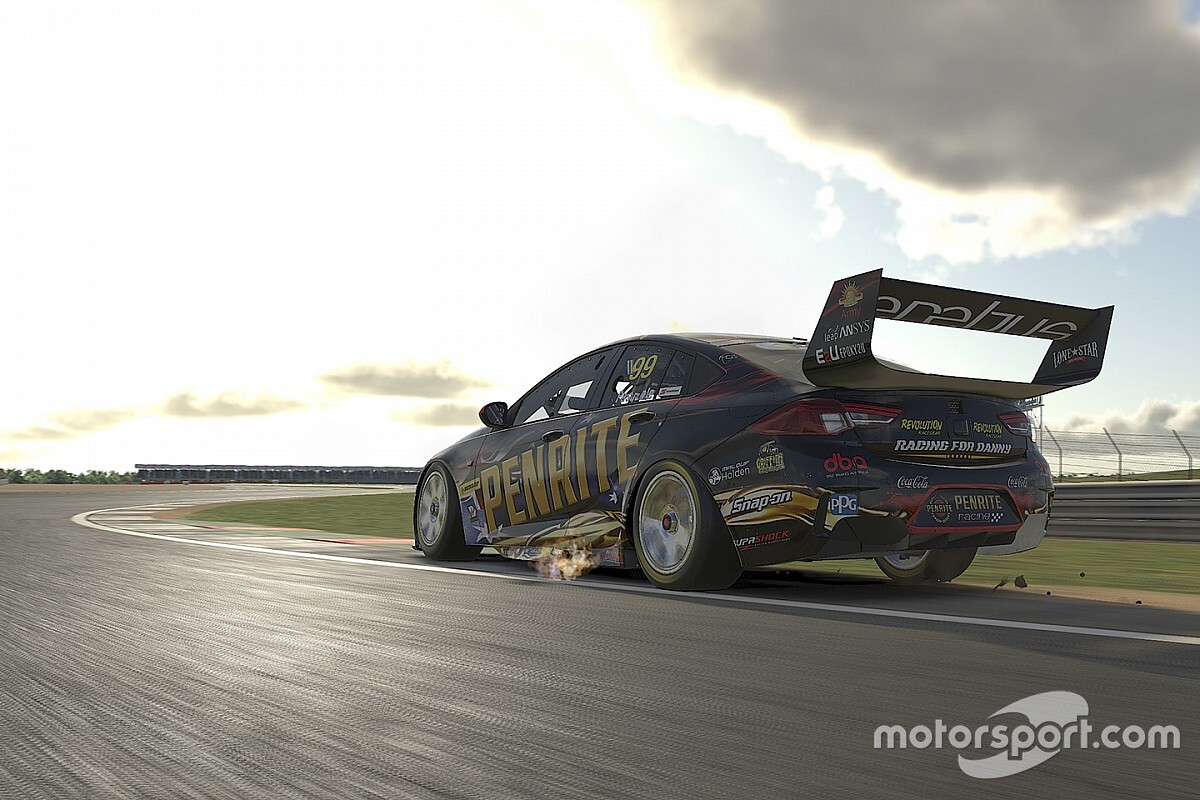 Anton De Pasquale and Shane van Gisbergen split the pole positions for the seventh round of the Supercars Eseries on the Charlotte and Daytona circuits.

The oval session at Charlotte produced some surprise results, but the pole sitter wasn't one of them.

De Pasquale locked in a sixth qualifying triumph of the campaign, his 29.07s just minutes in proving impossible for anyone to chase down.

"The track is basically flat out, so a lot of luck involved," said De Pasquale.

"On the first run I got a six-car tow, and the track seemed to be quicker at the start too. I was a bit worried about that qualifying, because you never know what's going to happen."

Lando Norris went closest, the McLaren star 0.035s off pole, with Jack Le Brocq and  van Gisbergen both within a tenth.

Chaz Mostert was fifth followed by a trio of unexpected Top 10 qualifiers in Jamie Whincup, Todd Hazelwood and David Reynolds.

The biggest surprise, however, was Scott McLaughlin. The Penske Ford driver struggled to get a clean lap and will start the first race from 20th.

In the Daytona session it was van Gisbergen that grabbed pole thanks to a 1m42.412s.

The Kiwi's cause was helped by a fascinating tow tactic on the banking, Jake Kostecki skipping the bus stop to ensure he towed van Gisbergen both in and out without affecting his braking zone.

Van Gisbergen gave Kostecki a similar hand later in the session, which yielded eighth for the Matt Stone Racing driver.

"I had a few mates there, which obviously helped," said van Gisbergen. "Jake gave me an awesome tow there, and I repaid him on the last lap and he got up to eighth."

Mostert was second, just over a tenth behind van Gisbergen, followed by De Pasquale and McLaughlin.

Scott Pye was the surprise of the second session in fifth ahead of Norris, Cam Waters and Reynolds.

The three races can be streamed live and free through Motorsport.tv.

Supercars All Stars Eseries Round 7 schedule