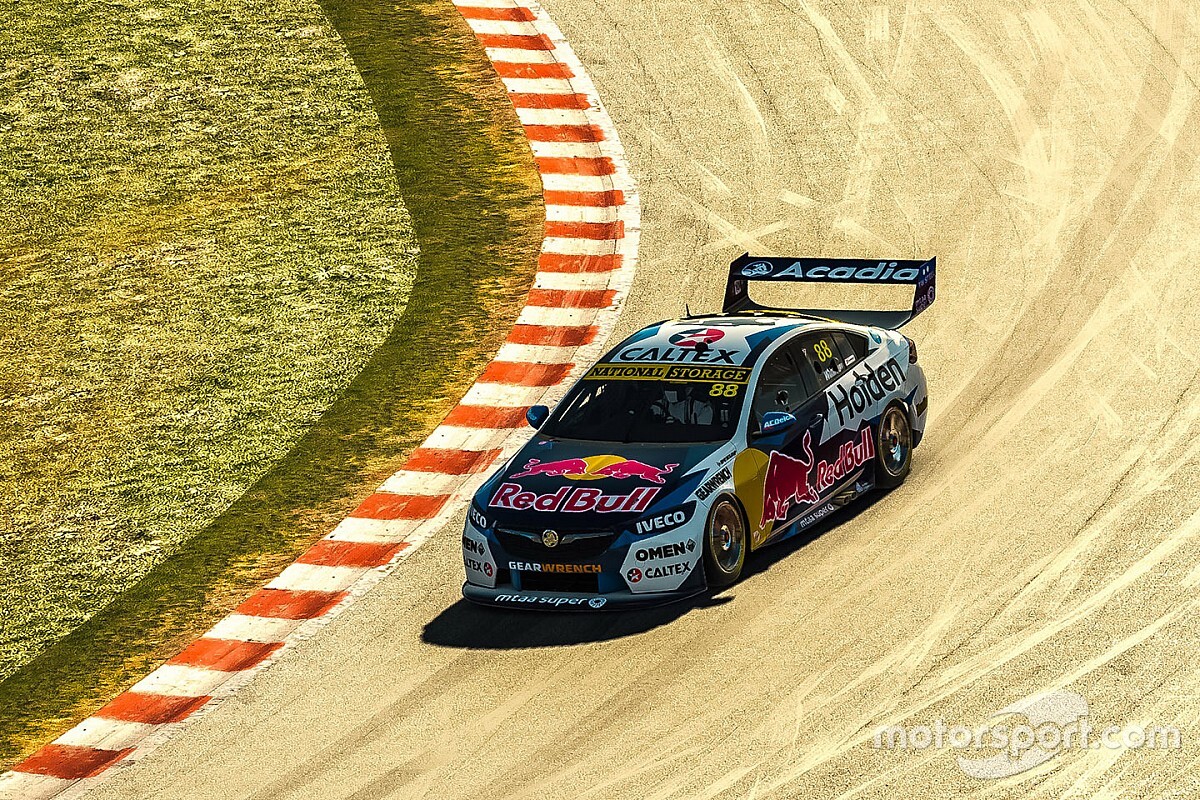 A stunning Top 10 Shootout effort helped Shane van Gisbergen to pole position for the opening Supercars Eseries race at the Circuit of the Americas.

Van Gisbergen turned the tables in spectacular fashion in the one-lap dash, however, a 1m30.386s leaving him a whopping three-tenths clear of his Erebus rival.

Scott McLaughlin matched his regular qualifying effort to secure third on the grid, edging Penske teammate Will Power – who made up four spots in the Shootout – by 0.006s.

Lee Holdsworth made up a couple of spots to qualify fifth followed by Chaz Mostert and Cam Waters.

Track limits played a big role in the Shootout, Lando Norris losing his lap for a second week running.

As a result the McLaren driver will start from eighth after being fourth quickest in regular qualifying.

Bryce Fullwood and Jack Le Brocq lost their laps too and will start ninth and 10th respectively.

Watch all of the race action live and free through Motorsport.tv and Motorsport.com.

Supercars All Stars Eseries Round 6 schedule