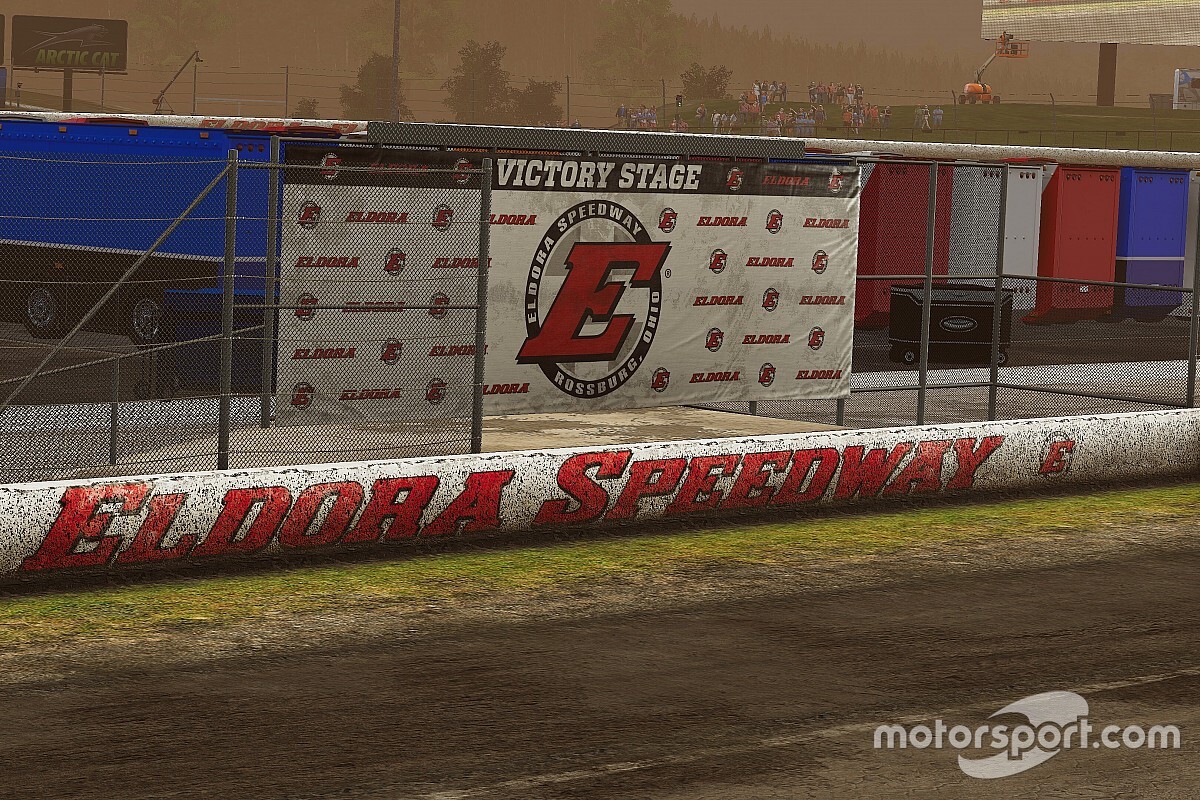 Round 9 of the eNASCAR Heat Pro League season took the series dirt racing this week to open Segment 3.

The Xbox drivers were up first for 90 laps of racing at the iconic dirt track with the NASCAR Truck Series.

Justin Brooks and Daniel Buttafuoco led the field to the green flag, but it was third-place starter Matthew Selby who took control of the race early.

The field fought over the bottom line at the Eldora dirt track, riding along the inside wall as it appeared to be the fastest way around the circuit.

Buttafuoco made a move to the inside of Selby for the race lead, but the race leader tried to pinch him down entering the next corner. Contact was made and Buttafuoco crashed, collecting Brooks.

The following run was short-lived for another incident. The race resumed with Selby leading Slade Gravitt.

Eventually, Brooks would charge up into second. However, as he attempted to track down Selby for the race lead, the server lagged out with ten laps to go. Officials called the race and Selby was declared the winner.

The PS4 race went caution-free and was dominated by Brandyn Gritton. He led every lap and was pursued throughout the race by Kyle Arnold.

Arnold was unable to reach Gritton, ending the race about one second behind as Stewart-Haas Esports swept the night.