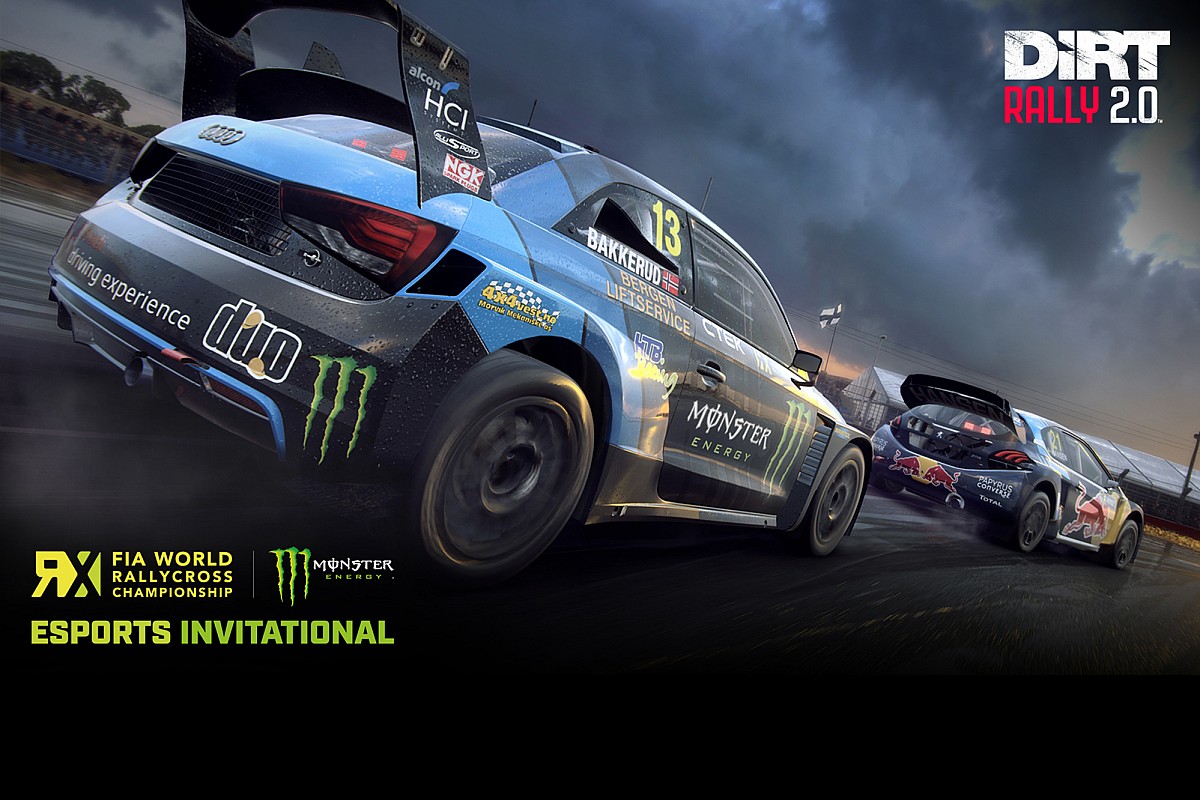 World Champions from real-world and virtual rallycross will go head-to-head this weekend as the World Rallycross Championship launches its first Esports event on Sunday, in partnership with Codemasters and Motorsport Games.

Reigning World RX Champion Timmy Hansen, two-time series winner Johan Kristoffersson and Dirt Rally 2.0 World Series Champion Killian Dall’olmo head the bill for World RX’s first Esports Invitational. The concept has been created to replace real-life rounds of the World RX series that have been postponed due to the coronavirus pandemic and kicks off this weekend at the Catalunya RX circuit in Spain, where the real-world 2020 series was due to begin.

Having both claimed real-world victories at the circuit before, Hansen and Kristoffersson can’t claim to be unfamiliar with the circuit, but until now neither have dedicated time to sim racing. The same can’t be said for World RX front-runner Andreas Bakkerud, who has been a recent adopter to the discipline, or former works-Hyundai World Rally Championship driver Kevin Abbring, who runs a business coaching real-world drivers using simulators.

The best equipped drivers ahead of the first competition however are likely to be DiRT rallycross World Champion Dall’olmo, who has recently signed for the SET Esports team headed up by Finn Jussi Pinomaki that won the iRacing Rallycross World Championship last season with Sami-Matti Trogen, his brother Quentin Dall’olmo, who set the fastest time in the pre-event qualifying session to make it through to the Catalan race this weekend, and Czech driver Lukas Mateja.

Like Timmy Hansen, Kristoffersson and Kevin Hansen, the Esports trio will race Peugeot 208s. Bakkerud meanwhile will pilot an Audi S1 and Abbring will drive a Renault Clio, having signed for the GCK team for real-world World RX over the winter.

“It took me about 22 years to get better equipment than Timmy, and finally we are at this stage,” Kevin Hansen joked about the quality of the Hansen Motorsport team mate’s simulator setups. “We have been practicing a lot, and we are very equal on times, even if he (Timmy) is a tenth faster. We have some technical issues to sort out, but we will be ready on Sunday.”

The event will run a conventional World RX format, with four qualifying sessions run over four-lap races, but only 10 drivers will graduate to the six lap semi-finals from the 20-strong field. The final will also be run over six laps.

For 2017-2018 World RX Drivers’ champion Kristoffersson, the event will mark his return to the discipline after a year in WTCR with Volkswagen last season.

“I was so looking forward to the first free practice, to do the first launch and pre-launch in Barcelona, but now this has to wait for another few months but at least we can have fun in this race,” he said. “The (DiRT) world champion seems to be really fast, but they (the Esports drivers) are also putting in the hours, they’ve done their homework and this is what it takes to be good in any sport, whatever you do.”

Junior World Rally Championship contender and Codemasters’ DiRT development driver Jon Armstrong, who made his rallycross debut in the RX150 buggy series in the UK last year, will also start, as will fellow rally drivers Cohete Suarez and Mattias Adielsson.

Aston Martin World Endurance driver Nicki Thiim is another to make his rallycross debut, along with YouTube influencers Jimmy Broadbent and FailRace, while Henrik Krogstad, who is being mentored by the Hansen brothers, completes the line-up.

Kevin Harvick "going to have fun" with his eNASCAR debut