Team Redline's Kevin Siggy won the Feature Race during Round 4 of the ADAC GT Masters Esports Championship, but it was Moritz Löhner who extended his championship lead.

Another lengthy wait was rewarded yesterday as the ADAC GT Masters Esports Championship returned to screens with the official halfway mark of the 2021 season. The fourth round of seven would head south-east from Zandvoort to the Nürburgring and another home circuit for championship leader Mortiz Löhner in the RaceRoom contested championship.

The two-time champion and his ruthless consistency had opened up a 24 point gap in the standings to nearest rival Jakub Brzezinski with the likes of Kevin Siggy, Jack Keithley and co. all trailing a further twenty points behind. If he wasn’t to be stopped soon, chances of catching him would diminish rapidly.

Certainly, there was no catching Moritz in qualifying as he led a German 1-2-3 featuring Florian Hasse and Marko Pejic respectively; his last pole position being the first race of the season.

Brzezinski would only do enough for ninth whilst Siggy couldn’t break the top ten. Wisniewski served a Qualifying ban and would start from the back-of-the-grid. 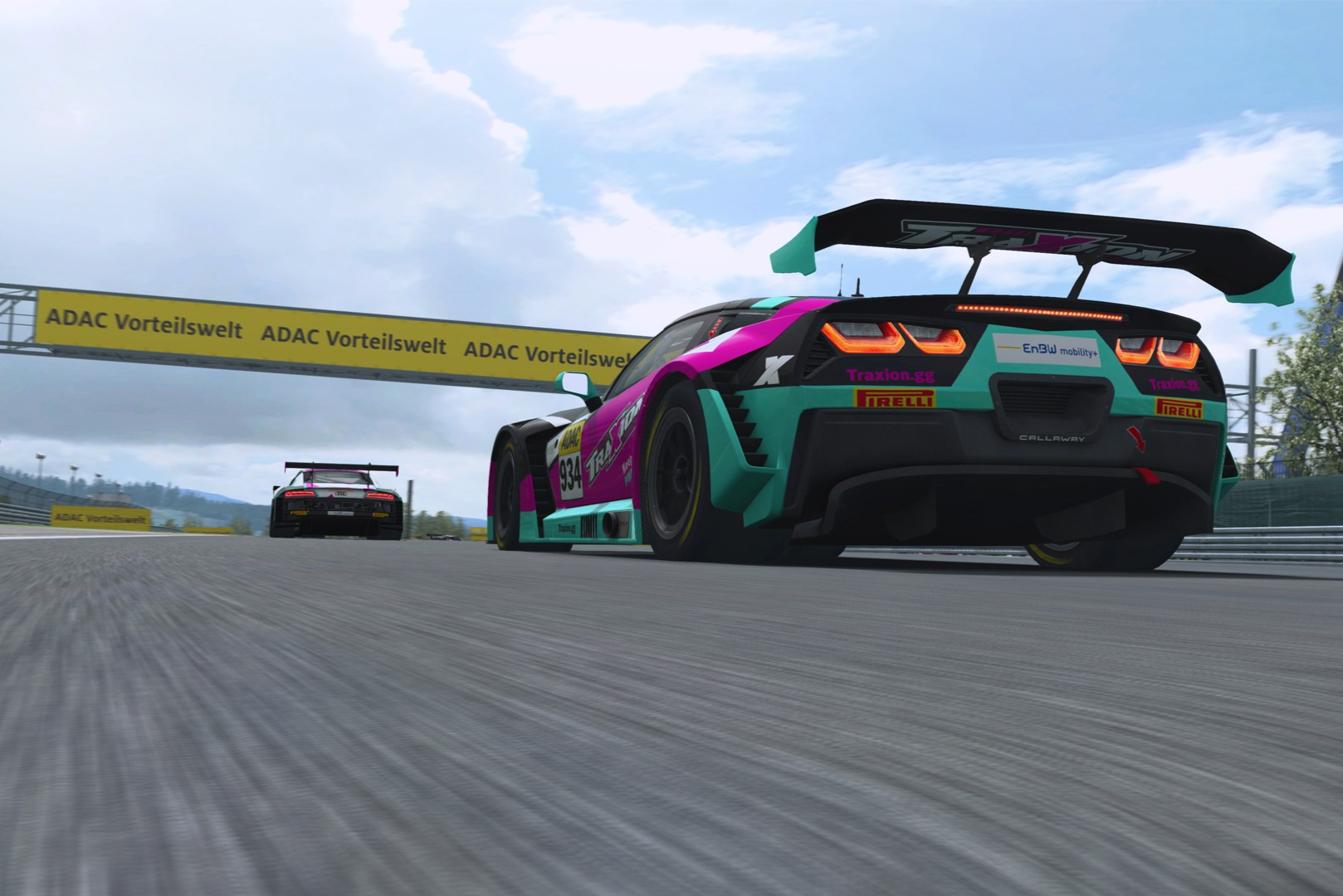 An extremely late green light gave the field no chance to properly prepare a Turn 1 assault though it was pleasing to witness the cleanest Sprint start of the year so far. Keithley pounced on Pejic through the Mercedes Arena and moved up onto the podium in assured fashion.

The most significant mover was Dornieden who gained two places ahead of Brzezinski and the slow-starting Thibaut Cazaubon.

Things settled significantly but for the two Williams Esports Bentleys looking eager until an ex-Williams driver found himself in a spin. Price lost it upon acceleration out of Turn 1 with 14 minutes left on the clock – falling from fifth to 12th in the process, but with time to recover.

Gazing further up the road, Keithley reignited his assault on Hasse but inadvertently allowed Löhner to scurry away with a three-second lead by the final lap. Disaster would strike the rear gunner however as a fuel miscalculation left him sputtering out of the NGK Chicane.

Löhner would take the chequered flag from a surprised Keithley and Pejic whilst Florian limped home in fifth. Despite Price’s best efforts, he could not rescue a top ten position leaving Siggy to start on Feature Race pole position. 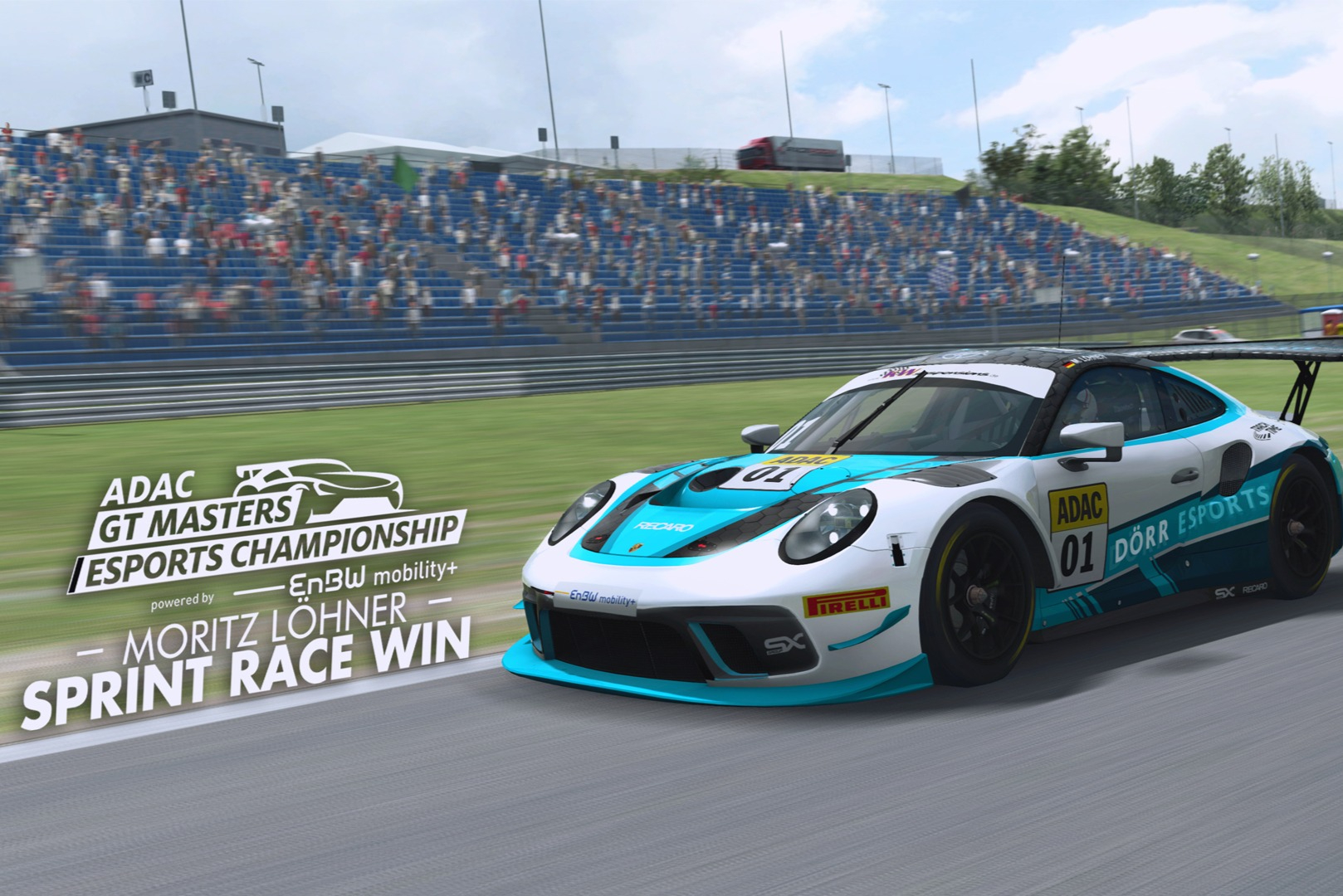 For the three races of GT4 action up until this point, Emre Cihan had been dominating along with Audi as a brand. Although he, once again, took pole position in Germany, it was refreshing to see Lotus and Mercedes looking more competitive in the hands of Ville Kreivi and Jan Stange who qualified fourth and sixth. Alessandro Ottaviani kept up his streak of top-three starts though Adam Pinczes did not, giving way to Julian Kunze.

Those positions would not be disturbed as the Turkish driver took yet another victory ahead of the Italian and the German. 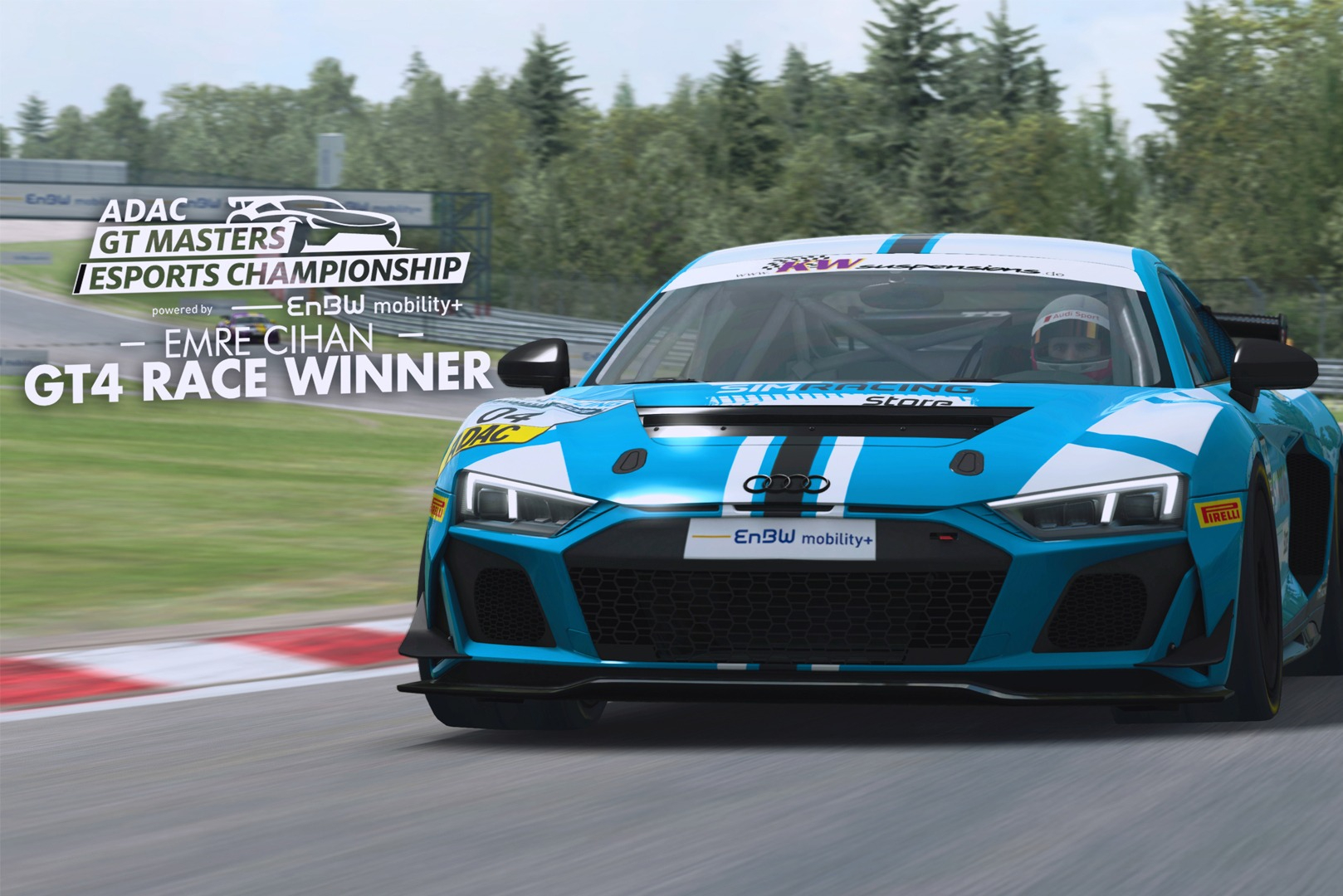 Bence Bánki would get the better launch at the start of the Feature Race, though Siggy held firm going into Turn 1. Things were a bit too firm for poor Brzezinski however as the Polish driver, already down a position, was sandwiched between Dornieden and Krippner and launched into the Slovakian. Though both were able to keep going, the Williams was out of the top ten and Dornieden was through to 2nd.

Löhner’s start wasn’t much better; getting caught up in the fracas. The German found himself down in 15th by the end of the first lap. Brzezinski recovered positions quickly and soon found himself behind his fast-starting compatriot Wisniewski who had truly overcome his Qualifying ban to find himself in a strong point-scoring placement of eighth. Price had also handled the melee well, navigating it to seventh. 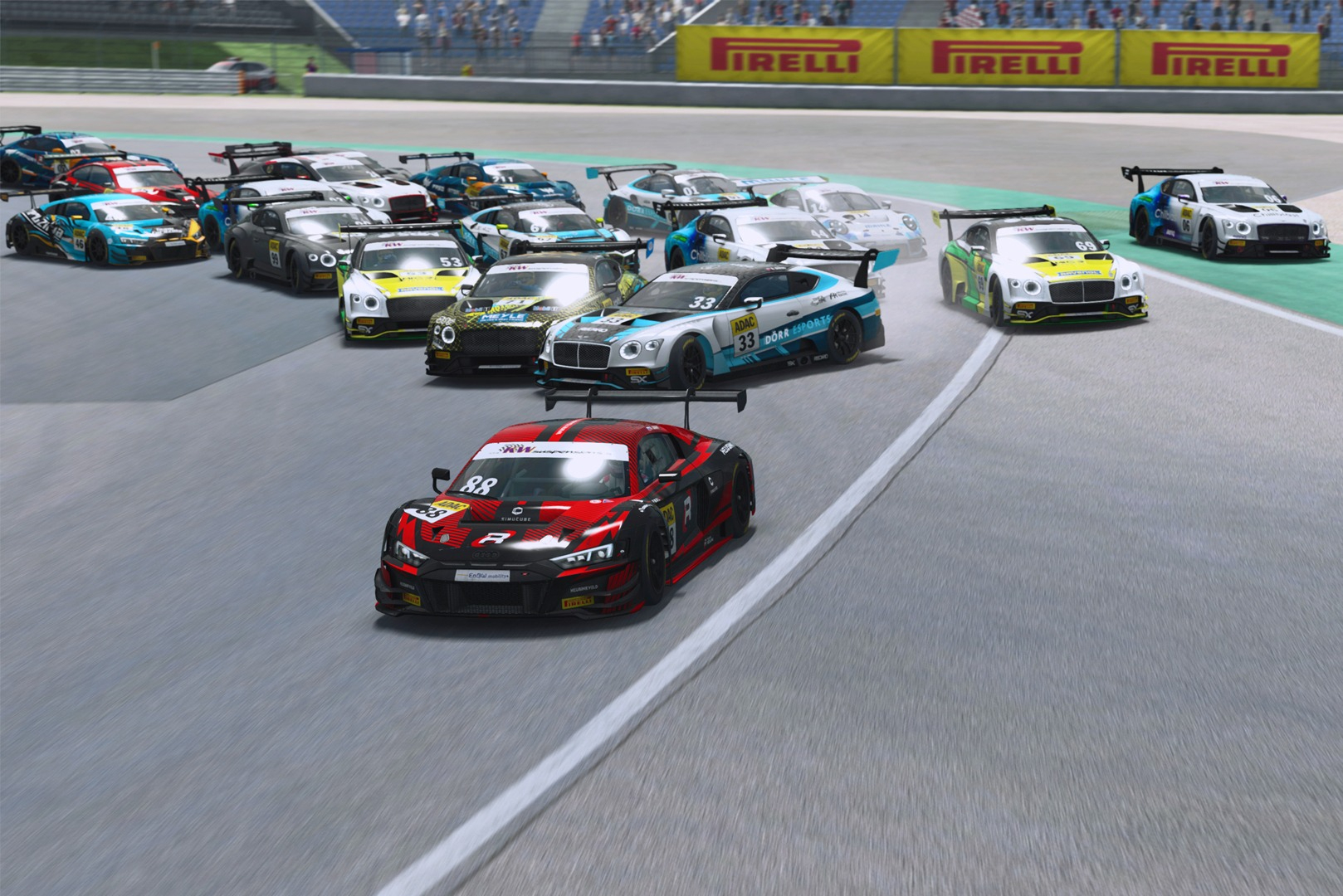 Brzezinski’s charge back up the order was well and truly on. His stablemate didn’t give him too much trouble but his ex-stablemate in Price was a little less amicable. Nevertheless, with 30 minutes left Jakub was continuing to demonstrate strong pace. Wisniewski, stuck in the eight-car Bentley train, chose this moment to pit early in an effort to undercut his rivals.

Keithley would be next to dive in a lap later, while Krippner lost position to Brzezinski and then an opportunistic Price who followed the Pole through. With how close the battle for the lead was though, it would have been understandable to see Siggy take control of the situation by following suit. Yet, he chose to stay out as both Dornieden and Bánki entered the pitlane.

The Austro-Slovenian responded immediately and it was a good thing that he did otherwise Dornieden would have taken the net lead. Keithley meanwhile had jumped Bánki whilst there was drama for Jarschel, then leading the race, as the German spun in the Mercedes-Arena.

With Price and Jarschel pitting, the pitstop phase was complete. The early pitters appeared to have the advantage as all three Williams drivers had gained track position and Löhner, in particular, had catapulted up to seventh. In fact, Price’s strategy would only work if he could enact the overtakes his fresh rubber demanded – the Brit was in 11th on pit exit. 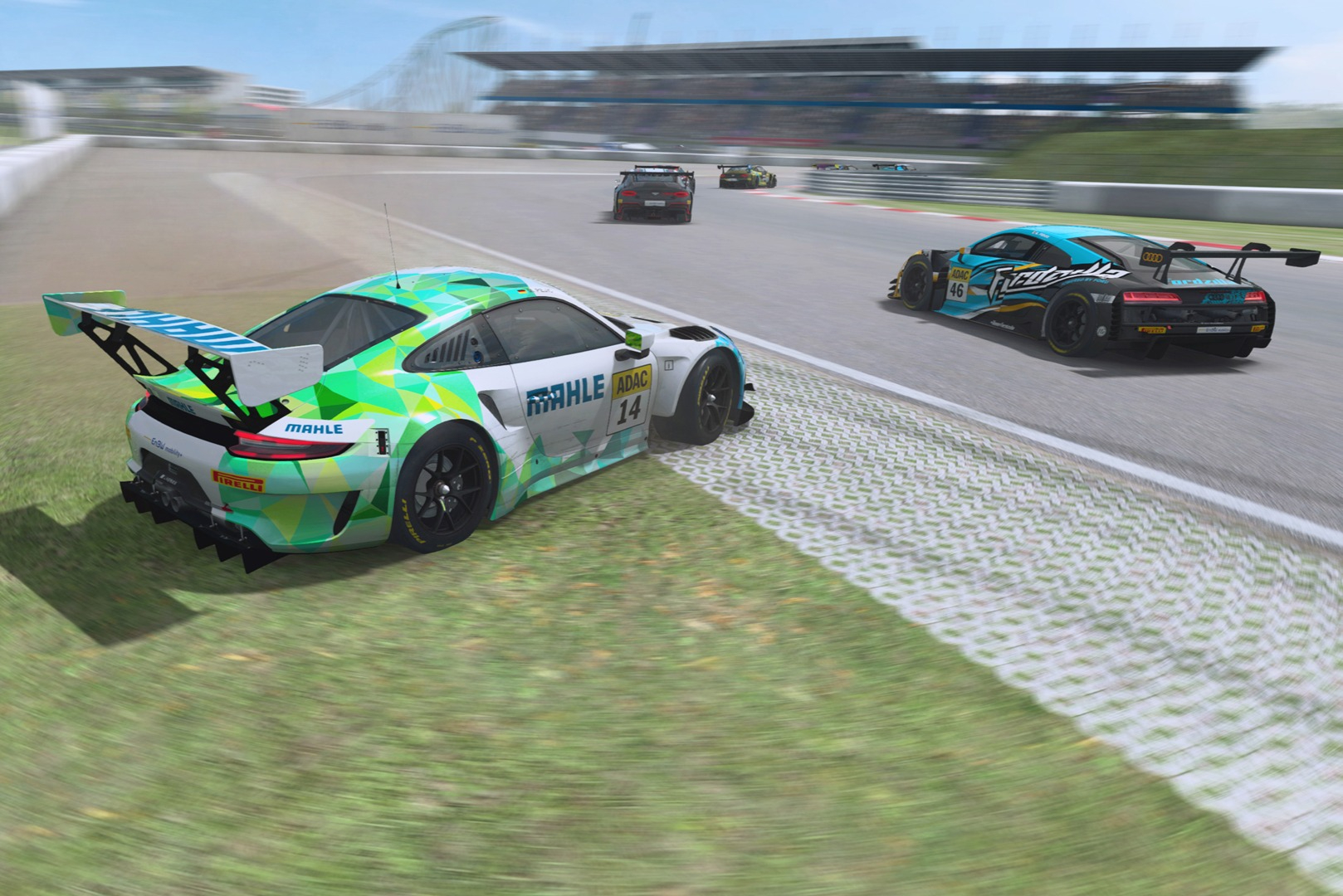 The final 10 minutes were frantic. Wisniewski and Brzezinski were struggling as the nimble Löhner, Pejic and Hasse looked to dance their way into higher positions. Things would only get worse for Nikodem as Price clattered into him. Pejic himself would run into strife as he lost it on the exit of the Arena, throwing away a top ten finish; something everyone else was waging war for.

But the commander of the race was well and truly Kevin Siggy. The Team Redline driver had managed the pressure beautifully to take the Feature Race win ahead of Dornieden and Keithley.

The ADAC GT Masters Esports Championship returns at the end of this month for Round 5 at the Lausitzring on 31st August. 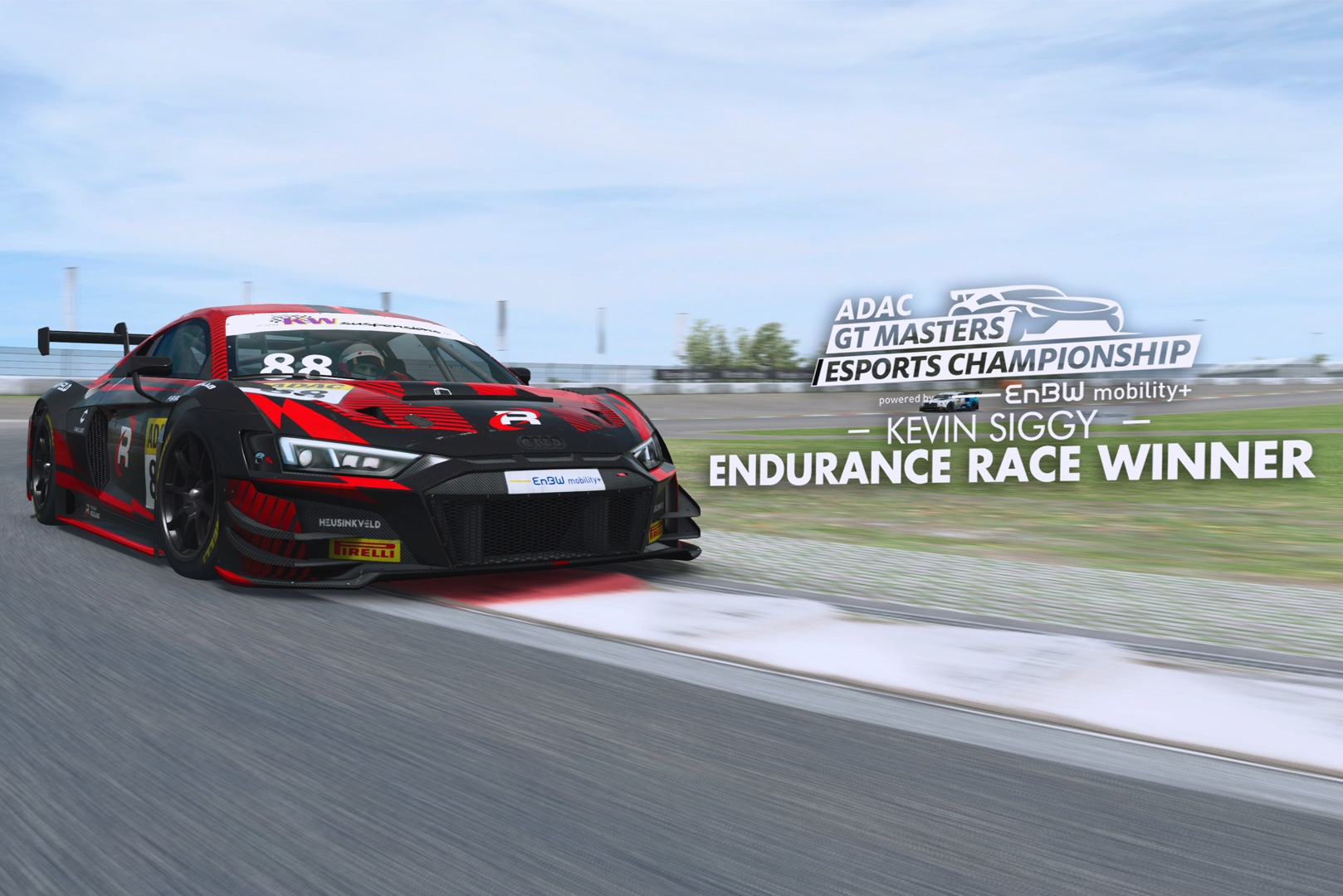