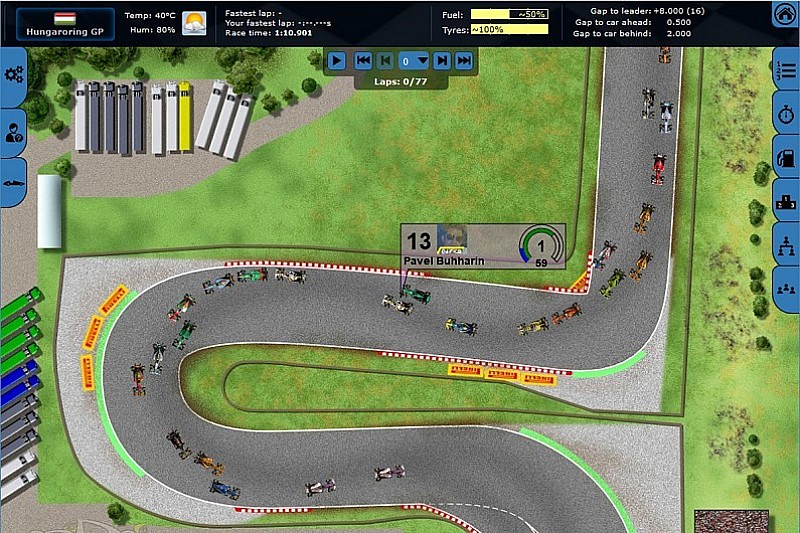 The world of online gaming can be an intimidating place for a newcomer, as you come up against the best in the world in your chosen genre.

Racing management games have enjoyed a renaissance of late, but with thousands of players it can be easy for a group of elite managers to be established, leaving others without a chance to catch up.

Avoiding that scenario is one of the core principles of Grand Prix Racing Online, which has been running since 2005.

The basic format for the game features two races per week, run in real time on Tuesday and Friday evenings. However, a key factor is that every player's strategy must be formed ahead of the race, so there is no advantage given to players who can follow each event as it happens.

And for those that have to miss the race, a full graphically-represented re-run is available afterwards to see how your race played out. So wherever you sit in GPRO's five tiers (promotion and relegation takes place each season), you have just as much chance as any other player of progressing to become one of the top players in the world.

The usual race team management components all feature in the game - hiring and firing drivers and staff, car development, upgrading facilities, managing finances and of course perfecting your set-up and strategy. With everything locked in 90 minutes before the start, pre-race preparation, including testing and free practice runs (providing you can afford to complete them), are vital.

While your strategy has to be determined pre-race, systems are in place to make sure your driver never runs out of fuel or tyre life. If that is about to happen, the game will make sure another pitstop takes place. 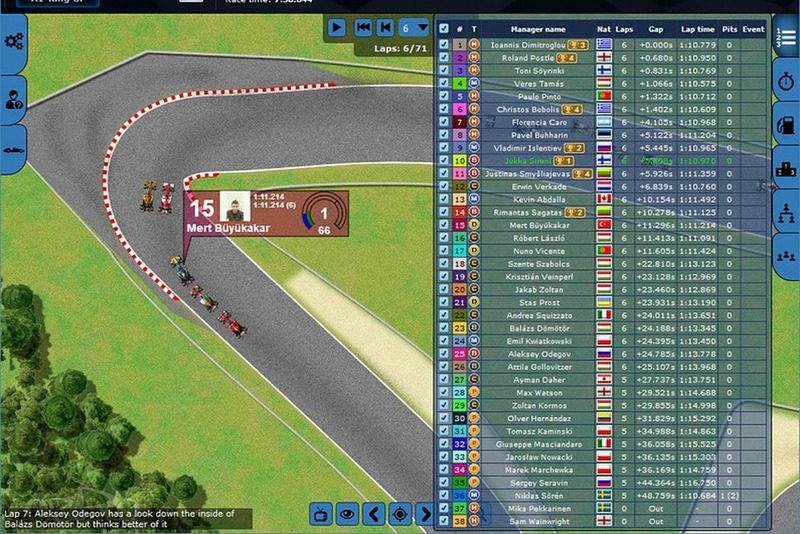 Of the five tiers in the game, the entry-level is the rookie class, and to keep things fair in the bottom category, all teams that do not get promoted to the amateur level are reset at the end of each season. While that might sound like a deterrent to developing your team in your first season - if you do earn promotion you will need to have a squad equipped to handle the tougher demands of the next level up.

The main reason behind such a push for equality, particularly for less-experienced players, is to make the game accessible to everyone. The team behind GPRO is proud of the fact that no matter where you are in the world you have the same chance of success, and it deliberately avoids introducing additional features that players can pay for to speed up their progress. 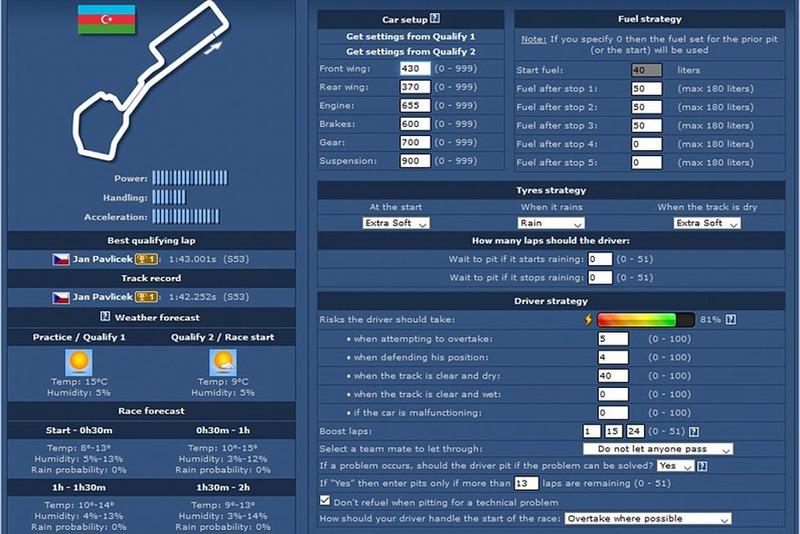 While there is no live strategy, GPRO covers this off with several variables that can be determined before the race, so decisions on if and when to repair car parts in-race, what to do in the event of rain and whether to refuel when making an unscheduled pitstop can all be taken care of.

Players also have to set how much risk a driver takes, which will have a big influence on how the race plays out, and the wear and tear that a car may suffer.

Each tier in GPRO comes with its own restrictions, so players in the lower divisions will only be able to sign drivers of limited ability and upgrade their facilities to a certain specification, for example, to prevent a long-time manager at one level from building an unbeatable superteam purely through longevity. 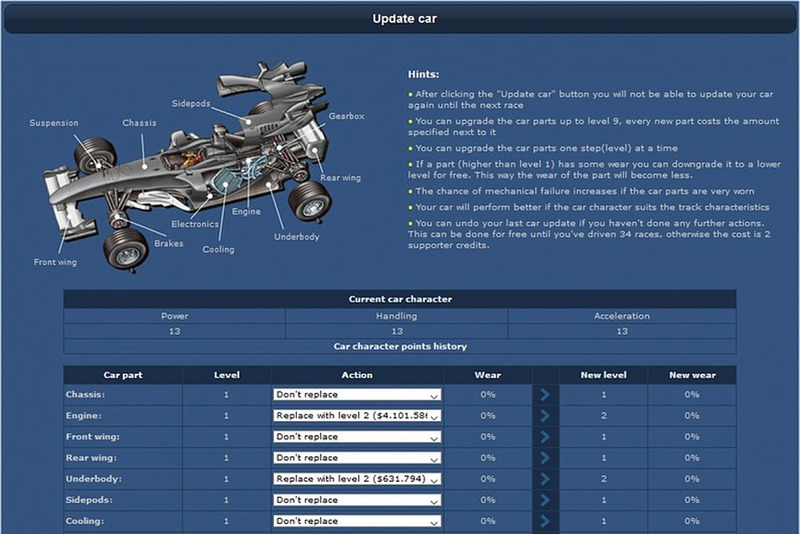 Many of the team functions that will become a staple of your weekly routine as you progress through the game are not essential in the rookie tier, to prevent players getting overloaded from the start.

With thousands of players involved in the game, the community aspect of GPRO is important, and players are encouraged to interact through live race chat and a dedicated forum. There is even an option for managers to join forces and create teams formed of a group of active players, with their scores compared to others who have done the same thing.

The ultimate goal in GPRO is to progress to the elite level and become world champion. There are a lot of management skills required to achieve that, and the game is designed to make sure that even if you reach the top of the mountain, staying there will be just as difficult as getting there in the first place. 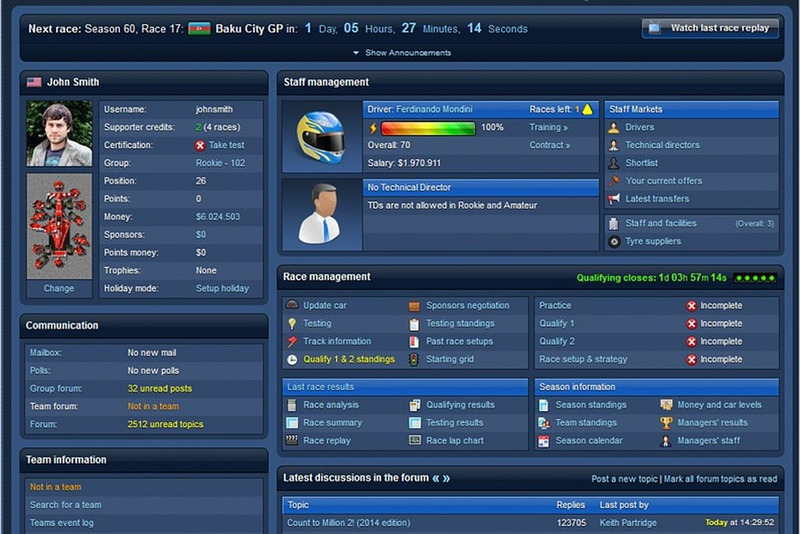 NASCAR Heat 3 contest continues on the Road to Miami - video