Both races had 15 drivers vying for the top of the mountain in 60 lap events at Atlanta Motor Speedway. The 1.5-mile venue in Georgia is getting a facelift in the real world, having run its final race on this configuration two weeks ago in the real world.

As the pavement continues to come undone in reality, NASCAR Heat bode farewell to one of the most storied layouts over the last 24 years in NASCAR history. 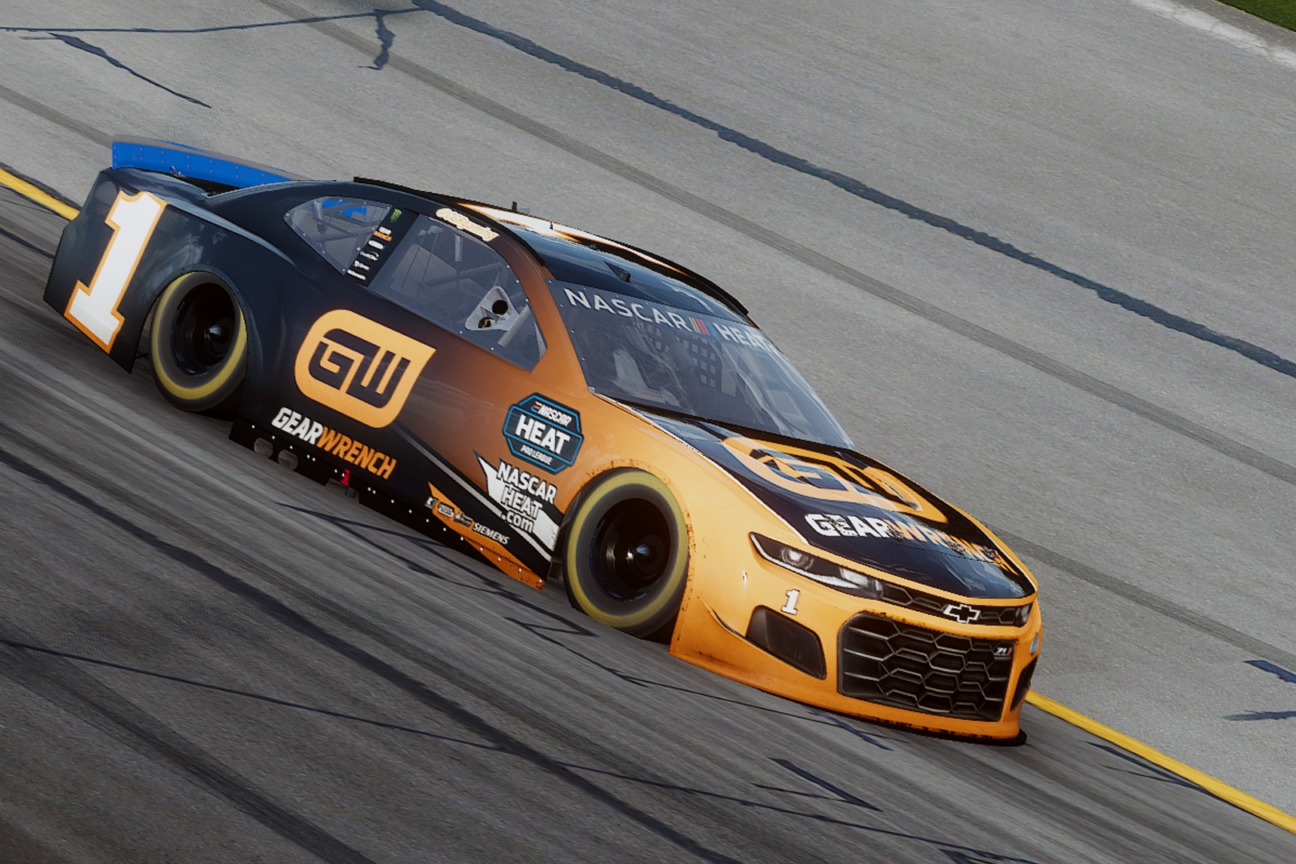 The first race of the final night saw the 15 best on PlayStation up on the wheel or controller for 60 laps of high stakes action. Winter Heat Champion Chase Williamson led the field to green, but Castro had other plans, taking the top spot early in the going. That didn’t last long either, as Chris Perkey took control a few laps later.

Perkey led up until the first round of green flag pit stops around lap 20. When it cycled through, Tim Moore was in control. Moore led the most laps on the night at 31, but as the race wound down, the action began to spice up.

On the final round of stops, the caution flag flew for a wrecked Josh Harbin on the frontstretch. On the restart, Moore continued to lead, but Castro and Mike Braas were right on his tail. With only a few laps to go, Moore bounced off the wall entering the corner and spun off of the nose of Castro, setting up for NASCAR Heat Overtime.

With Moore out of contention, Castro led the field to the final green and held off Braas for the ultimate victory. Castro only led six laps all night after starting second, but it’s always the last one that counts.

“With Chip Ganassi Racing closing down on the NASCAR side at the end of the season, I wanted to bring the esports side one more win, especially at Atlanta in GEARWRENCH colors,” Castro said. “I’ve had Kurt Busch’s winning photo on my phone home screen as motivation this whole time. To go out and win, to do it is a dream come true.” 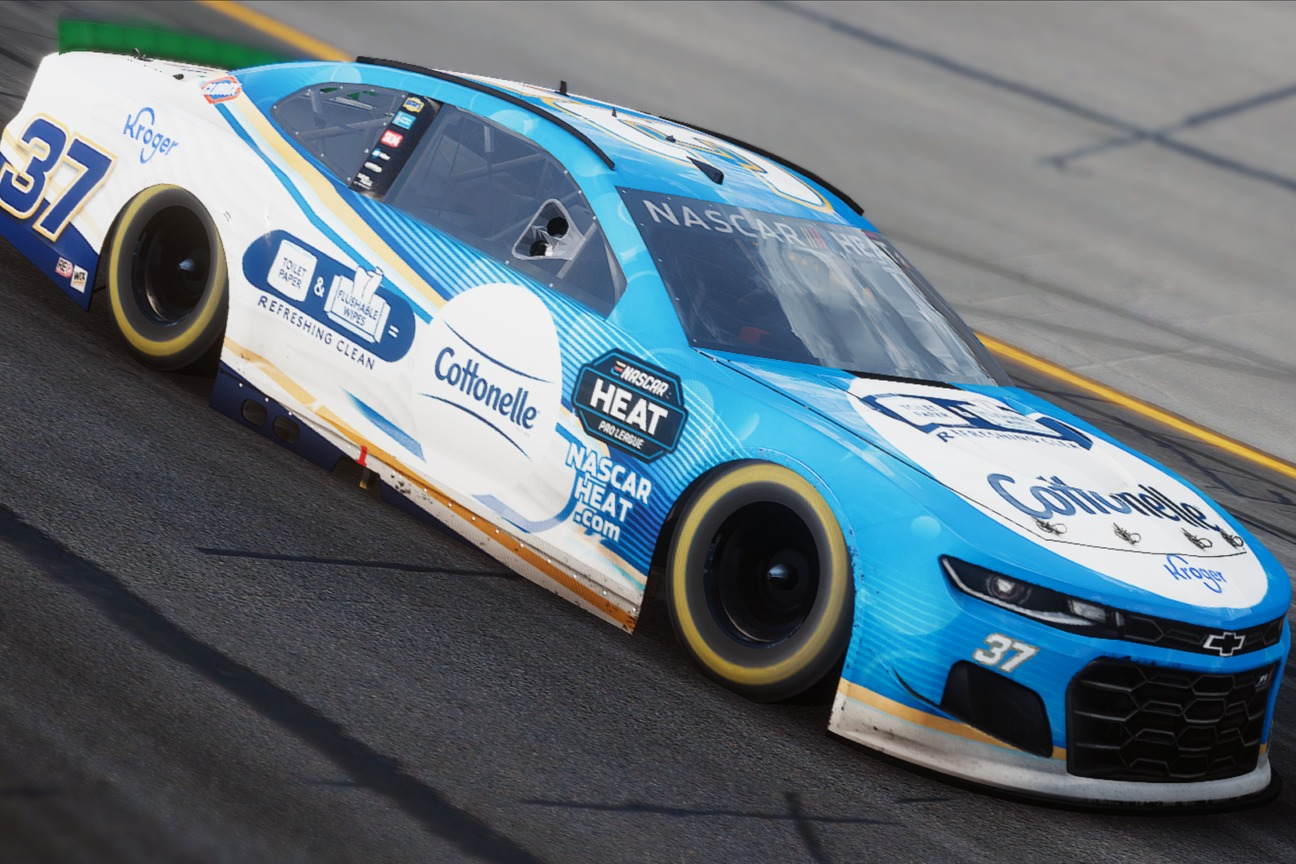 In a white knuckle, intense-filled finale at Atlanta on the Xbox side, Justin Brooks was able to do exactly what was needed to win the big race and take the ultimate victory.

Starting from the pole position, Brooks lost the lead early to DJ Stagner. Stagner led right up until pit stops began around lap 19, but unfortunately, a speeding penalty derailed his attempt at stealing one on Thursday night.

For the rest of the show, Brooks battled against Winter Heat champ Luis Zaiter, eNHPL Season 2 champ Daniel Buttafuoco, and at the end, it was veteran driver Jeff Noe on his heels in the closing laps. Brooks stayed strong and held on through the closing laps in the caution-free event to arguably take the biggest win of his storied career.

Brooks has been a competitor in the eNASCAR Heat Pro League since day one, collecting the most wins (11) in series history. After both seasons, Brooks was left without one thing on his mantle – a championship trophy.

In eNHPL Season 1, his team wasn’t good enough as a whole to qualify for the championship. In eNHPL Season 2 and the end of Winter Heat, Brooks got roughed up by Buttafuoco in the finale races. Noe was tucked right up behind in the closing laps, but on the final one, Brooks pulled a healthy gap and avoided another case of drama.

“It’s the most rewarding thing after how last year went, how earlier this year went, how my last month has gone… it’s been hard, but this is awesome,” Brooks said. “The fact that my birthday is two days away, it feels like the best birthday present ever. I’m ecstatic.”

It wasn’t a eNASCAR Heat Pro League season, but there was still a ton on the table for members of the NASCAR Heat community.

Everyone who made the final round brought something home, as second place earned $3,000, third took home $2,000, fourth through ninth won $500 and everyone else collected $250.

With the next NASCAR game on the horizon, this very well may be the last official NASCAR Heat 5 tournament. For longtime drivers like Castro and Brooks, it is fitting to see the pair close out the game with respective titles.