The virtual racing world of esports and sim racing has undergone two years’ worth of growth in a few months this year, thanks to the attention on it during the Covid lockdown. Real racing stopped and fans and drivers flocked to the virtual world. But where does it go next?

Looking into the future, there is no doubt that this momentum will build as manufacturers struggle to justify the costs of going real racing, except in elite and popular series, but still require platforms to communicate their future technology and sustainability credentials to new generations. Esports is a very accessible platform, with a much lower barrier to entry for both spectators and competitors.

One new esports series to recognise all of this is RCCO World eX, which starts next Spring, with short head to head races featuring monstrous electric racing cars, technology and story-telling around climate change. 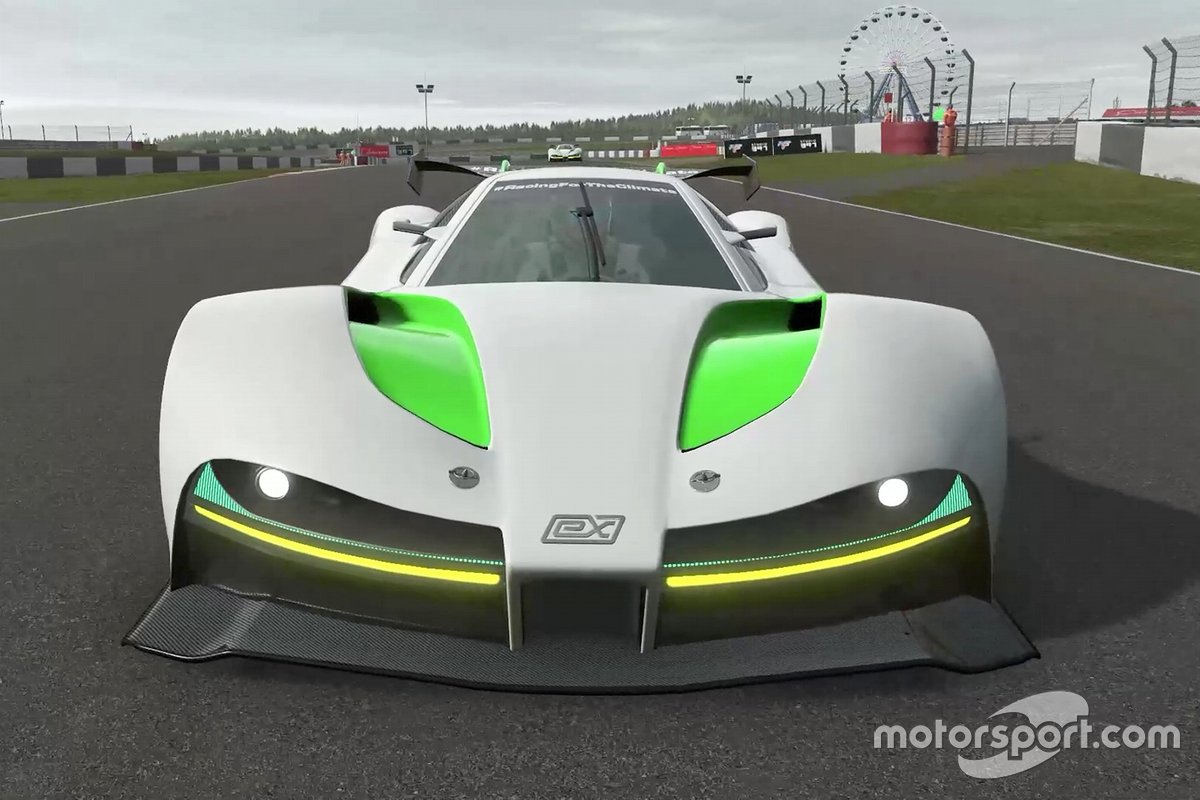 One of the architects of the new series is Mike Rockenfeller, a Le Mans 24 Hours overall winner, a DTM champion and an Audi works driver. We've seen more and more young drivers from the real world like the Max Verstappen, Lando Norris, Charles Leclerc using platforms like Twitch and social media to communicate with each other and with their fans, blurring the lines between real racing and sim racing.

After noting how simulators had become a significant part of the real racing driver’s life in recent years, Rockenfeller was introduced to sim racing by one of his mechanics who is part of one of its top teams, Team Redline. As he got more deeply involved in competing “Rocky” realised how many other top racing drivers were also active and what potential there was for motorsport to find a new lease of life and a sense of purpose through esports.

“I love it. It's a great opportunity to meet people all around the world when you are at home and to talk to them to communicate, and obviously, to do what we love the most, which is driving cars,” says Rockenfeller. “And you go to some racetracks, you click here, and you say, ‘Okay, now I go to Laguna Seca’, you go there, and drive that car. And you have this same kind of battle feeling (as real racing).” 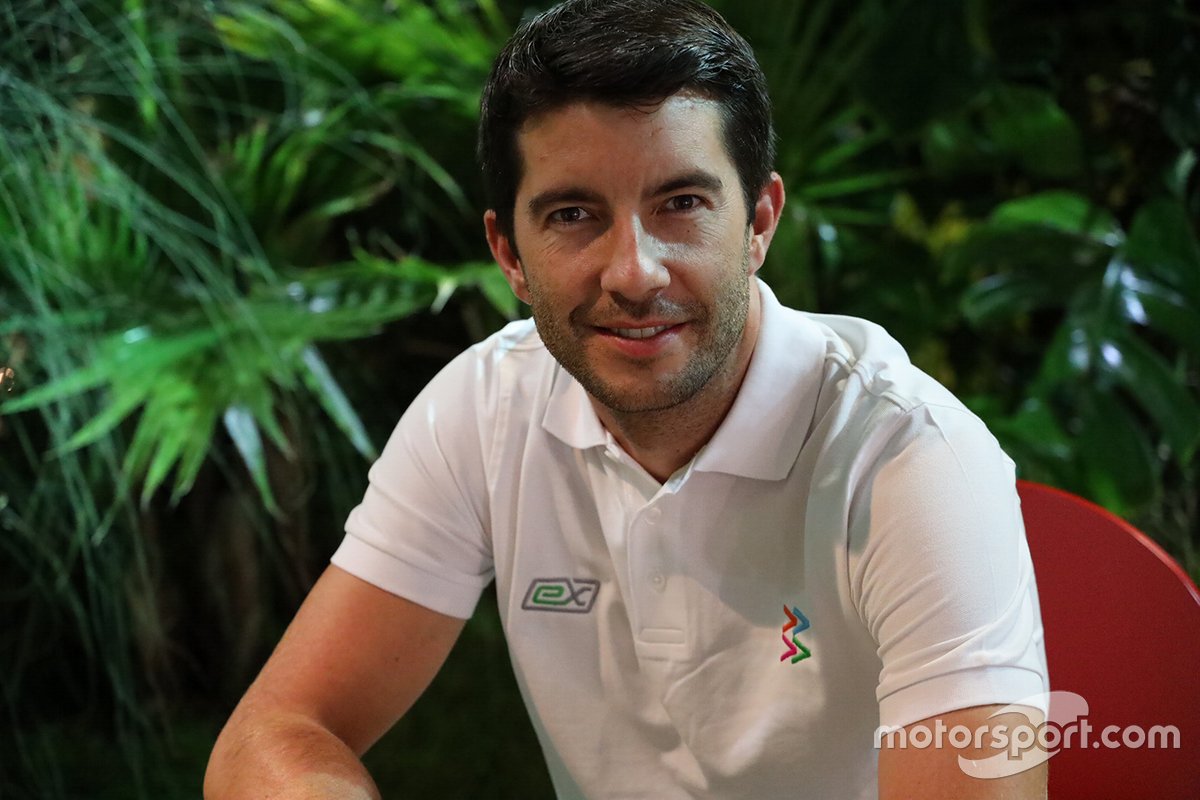 This picks up a trend we are seeing with Extreme E as it heads into its maiden season, of putting climate change at the forefront of the proposition.

“We all have to realise that we have to change something in racing, but definitely in our world and the car industry is already transforming. To be honest, I was a bit old style. I always said, ‘We need a big engine’. But then I drove a Porsche Taycan on the road. And it really changed my way of thinking about the performance possibilities of electric cars, I realised how cool it is to drive, how different it is.” 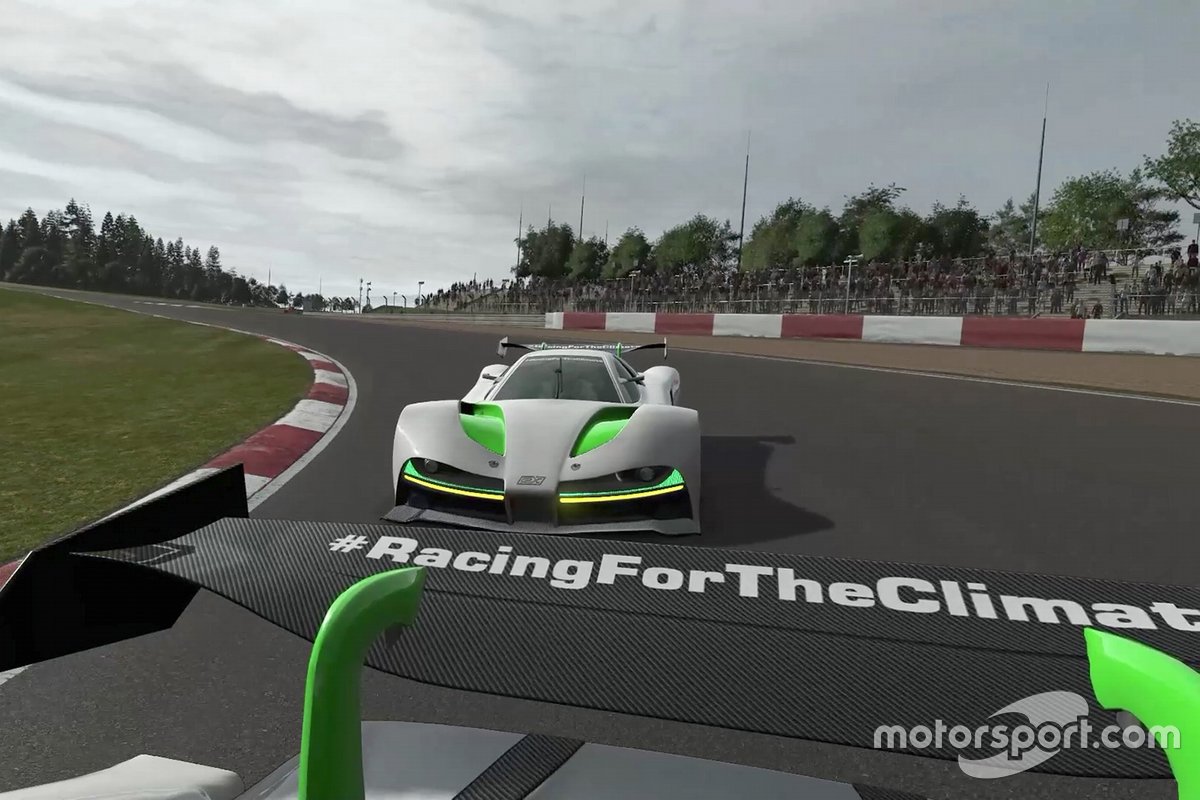 This prompted the World eX team to want to develop electric cars for esports that are entertaining to drive and to watch, with 1000 horsepower and 1000 kilos, but which also allow for manufacturers and tech companies to tell stories around the races on future technology and sustainability.

“Our platform, thinking forward, we want to have the chance to explain to people how cool it can be but also how important it is now to react (to climate change) all around the world,” as Rockenfeller puts it, “To have heroes drive cars to have good battles. And on the other hand, to have the chance to broadcast these innovations. This is a great way in sim racing to combine those things.”

Sim race fans  - as well real race fans who find themselves being converted to virtual racing  - will be pleased to learn that a lot of attention has gone into developing the car, so it is a proper challenge to drive. 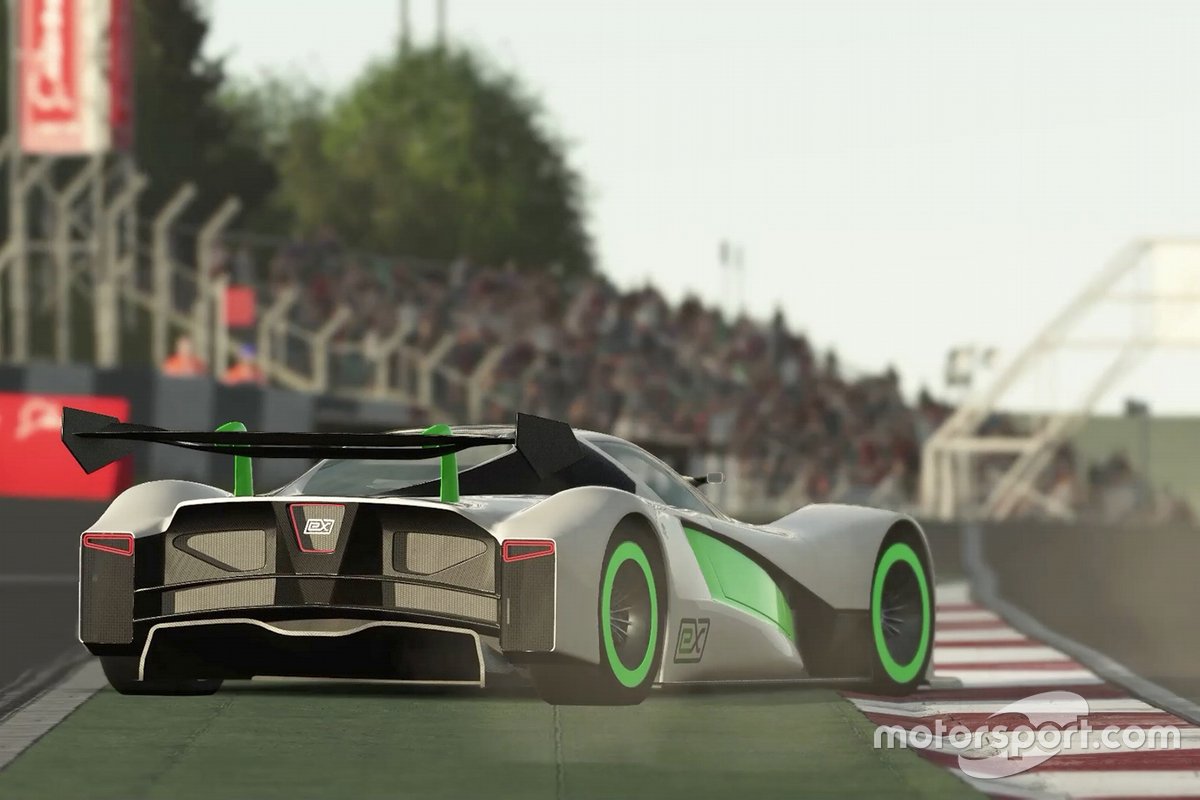 “As a driver, you dream about a lot of power in a light car, which is not easy to handle, where you don't hop in and say after three laps 'I'm on the limit of the car.' We need a lot of power, which you can get with the electric engines. Four-wheel drive is cool, because you can play with the power ratio, front to rear, and you have a lot of possibilities to influence the handling of the car.

“We want to have realistic figures, we don't want to have a dream car, which will never be possible to build in real life. We are not only looking for battery cars, it could be fuel cell or battery, but definitely electric engines. Downforce, you need a little bit, but not too much for cool racing. The car you need to slide and still be fast, it looks cool. And it's also a challenge when at let's say 150-180kph you still have the possibility to drift the car.”

The way Rockenfeller describes it, World eX strikes a balance between fantasy and reality; elements of the real racing world, but also things that are of the imagination. So what about the infrastructure around it? Fans watching the races will recognise the circuits at the outset already in the rFactor platform that will form the basis of the sim game, but if the series takes off and budget can be allocated, there will increasingly be fantasy tracks also. 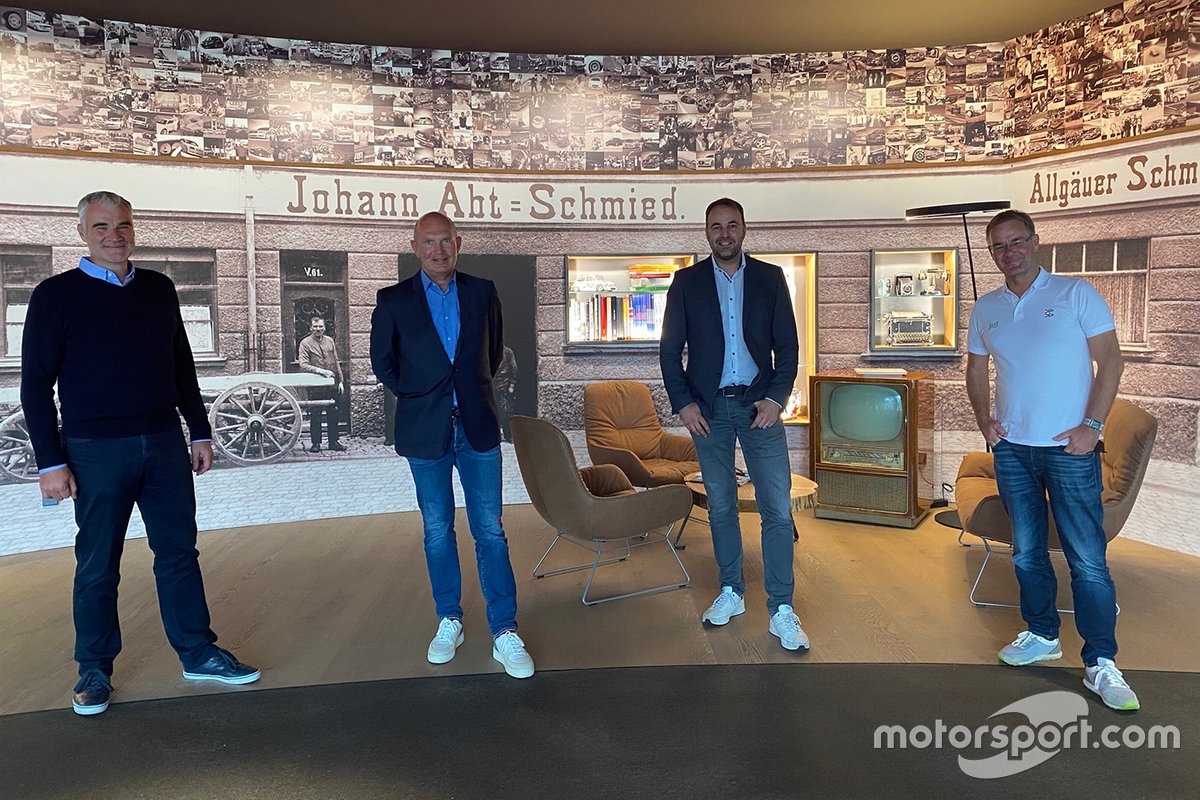 “It's pretty free,” says Rockenfeller. “In the first season we are looking for 10 races. Once a month there's an event and I'm sure we find 10 cool and challenging tracks. But we can imagine in the future also you make a city race or real roads. We’ll do a lottery before the event for which track we use, so nobody can know beforehand and test endlessly. We don't want that.”

One of the challenges World eX has identified and tackled head on that real racing and sim racing suffer from is the ‘point of focus’ issue. On a live broadcast or stream, unlike ball sports which have a single point of focus for the cameras to follow, racing has dozens of participants spread out, some in their own battles others circulating alone. And that can be boring on longer format races, especially for younger audiences.

“We think head to head battles are really cool. And the quick result - you have a winner, you go to the next round, or you are out of the event. It gives us also the opportunity to have many races and to talk about the drivers, to tell stories, to interview the personalities, to talk about future technology and sustainability.” 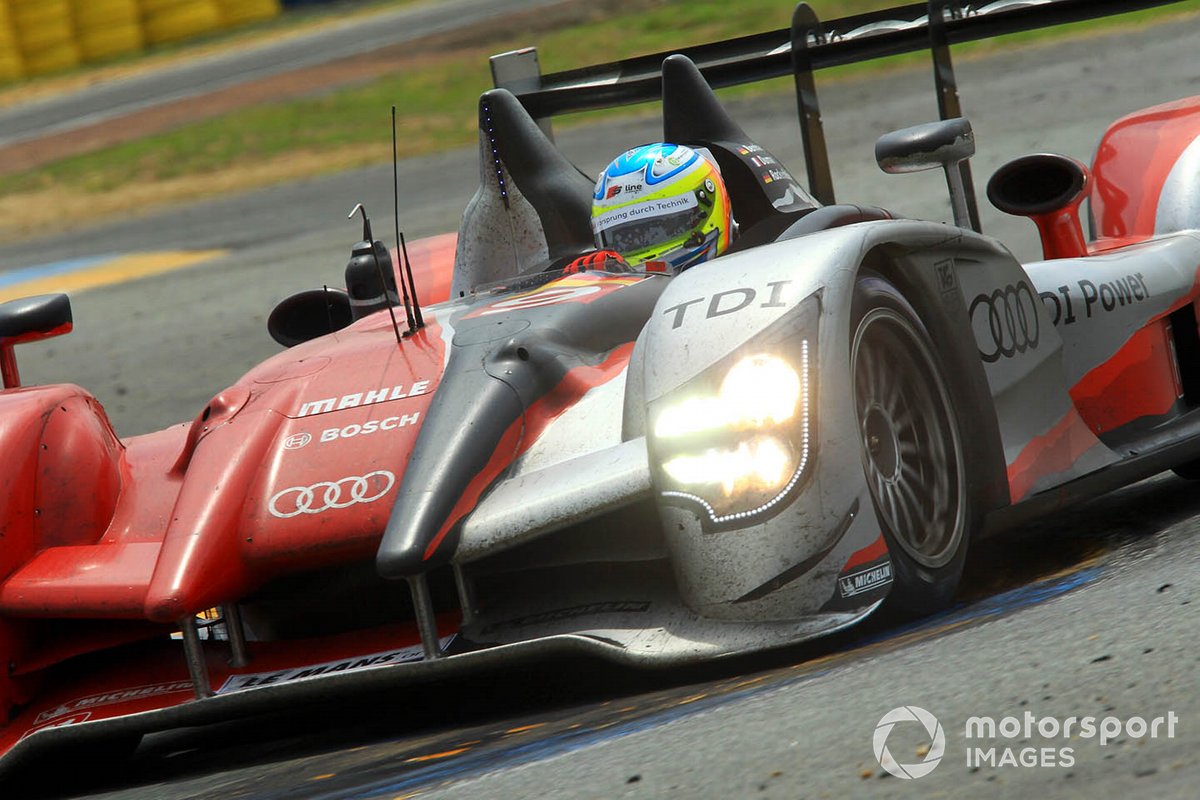 The success of Formula E is that it gives manufacturers a platform to showcase their electric vehicle technology and that is at the heart of the World eX proposition. Rockenfeller is sure that hybrid cars like in F1 or the new hypercars format for Le Mans and WEC have legs for the next few years, but electric cars will take over. He also feels that motorsport has a strong future, based on hero drivers who demonstrate that there is still huge appeal in man or woman mastering machine.

“I still believe there is potential in motorsport,” he says. “But you have to create heroes. Because it's not only the technology, it's the people behind. When you watch racing as a kid, it is really the drivers. Of course the cars are fascinating, but it is the one driver you like, for whatever reason. And I think it is important that you that you somehow transport that to the people, that it's still cool to drive such a car.”

Listen to the podcast or watch the video for the full 20 minute interview. For more information on World eX go to https://www.rccoworldex.com

Solving for the future of race operations today